Home » IMAX Makes the Inhumans Flaws That Much More Noticeable 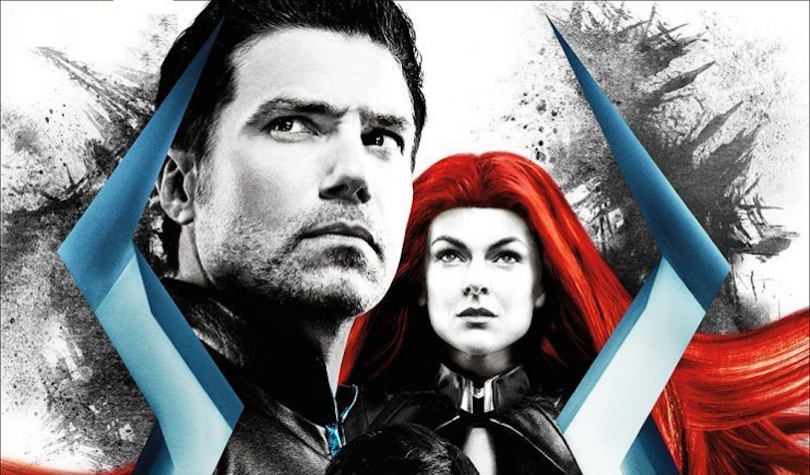 Inhumans is not a good show.

Rather, it won’t be when it begins its 8-episode run later this month.

This fact means that watching the first two episodes on a screen measuring 72 feet was just about the worst way I could have spent an afternoon. That is not hyperbole. While the theatrical runtime of Inhumans clocks in at 90 minutes, I spent nearly 7 hours trying to be one of the (very few) people willing to spend $20 to watch something that anyone with basic cable can watch for free 28 days from now.

My first attempt at watching Inhumans would have made for a better movie than the one I’d paid to see, ending with me being told that, apparently, so few tickets had been sold (two) that the theatre would not be showing it at all during that time, and would instead be screening Christopher Nolan’s Dunkirk.

If that isn’t a red flag, I don’t know what is.

Despite having been confronted with yet another bad omen surrounding Inhumans, I opted to use the, “sorry we made you come out here for nothing,” IMAX pass given to me by the theatre to see the two-episode film later that same evening.

This was a mistake.

I should have taken the universe’s hint and waited until the September 29th television premiere to subject myself to Black Bolt & Co. I should have saved my universal IMAX pass to use on November’s Thor: Ragnorak, February’s Black Panther, or literally any other movie slated to premiere before the expiration date of October 2018.

Instead, I ignored the cosmos’ warnings, as well as my own reservations, and spent my Friday wishing I were anywhere other than Attilan. 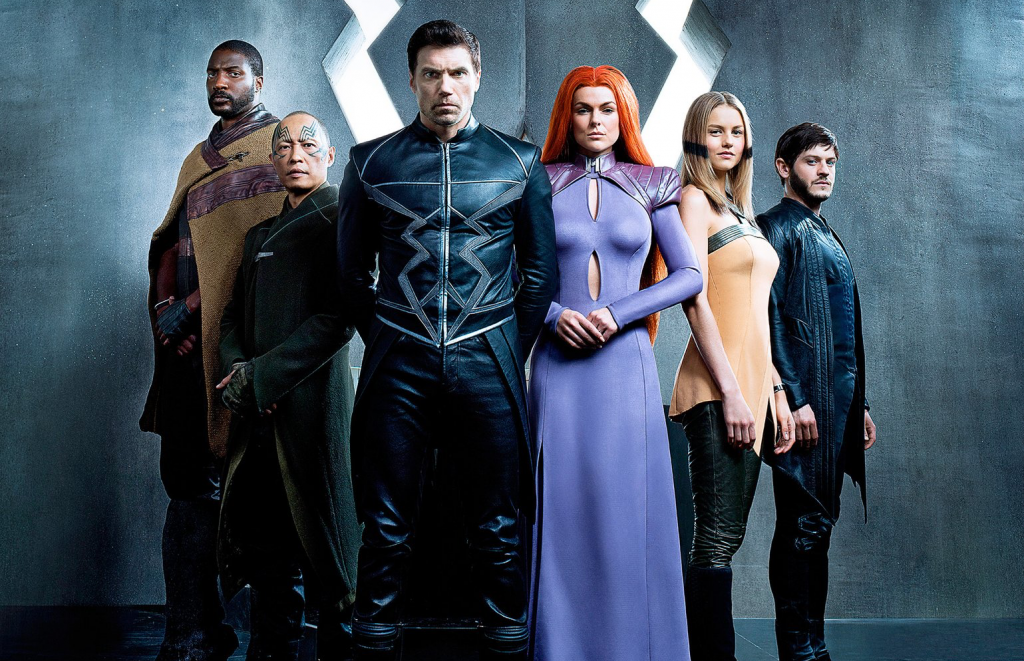 Inhumans of course follows the titular race, specifically the Royal family of King Black Bolt (Anson Mount), Queen Medusa (Serinda Swan), brother-of-king Prince Maximus (Iwan Rheon), and sister-of-queen Princess Crystal (Isabelle Cornish). Ruling the Inhuman city of Attilan, which is hidden to human eyes on the moon, the royals share vastly differing opinions of how best to lead a race that seems to be suffering. While Black Bolt seems content to wait things out and stick to tradition, Maximus is far more interested in taking drastic measures to ensure that all Inhumans reign supreme… even those like himself whose experience with Terrigenesis resulted in less-than-impressive gifts.

The resulting coup puts Rheon’s Maximus in what is the Inhuman equivalent of the Iron Throne (c’mon, couldn’t resist) and sends Black Bolt and Medusa (along with trusted advisors Karnak and Gorgon) to Earth where they attempt to orient themselves on the new planet. The new setting causes just as many head-scratching moments as the events on Attilan, as some characters seem knowledgeable while others are made to seem like newborn calves, presumably for comedic effect (Example: Black Bolt doesn’t know what a phone is despite his own vastly superior Inhuman communicator while Medusa knows all about cars and easily uses public transportation immediately upon being transported to Earth).

A handful of people are murdered for no reason while others are killed for questionable reasons and viewers are left kind of impartial to it all. Largely because, at the end of the day, the Inhumans characters aren’t those that anyone could reasonably become invested in (another serious issue for IMAX viewers as there’s no resolution and the entire “film” is a set-up) and felt more like caricatures than substantive (in)human beings.

Similarly, the pacing was weird in that it felt both rushed and entirely bogged down. Basically, nothing happened but… nothing happened quickly. This very well could have been the result of editing two episodes into a single event, and the pacing will likely read differently in episodic format.

Which leads me to…

I’m genuinely baffled as to who in their right minds thought it would be wise to premiere a show that isn’t remotely good as a feature-film on the biggest screens in the world.

Every single flaw that could theoretically be overlooked on a television is glaringly obvious in IMAX format, with the CGI being blatant, the costumes being better suited for Halloween, and the overall aesthetic somehow making even Hawaii seem sub-par. That coupled with the genuinely terrible dialogue, unimpressive fight sequences, and often cringe-worthy acting makes Inhumans a mess.

The only memorable moments are those that are negative and, by the time Inhumans concludes both its IMAX and television runs, it will be entirely forgettable. Lackluster from start to finish, the series can’t be saved by the big MARVEL logo preceding it and it’s no surprise that the parent company has opted to shorten the theatrical run and distance itself from the most recent foray into television.

I can’t even begin to wonder what Marvel, Disney, and ABC were thinking when they decided Inhumans should be the, “first of its kind,” as a production spanning both television and film. The fact, which has been emphasized ad nauseum in the lead-up to the premiere, only means that Inhumans is simultaneously Marvel’s worst television series and film. All I can suggest is that you don’t waste your money on seeing Inhumans in the theatres and only waste your time watching it on TV if you absolutely must.