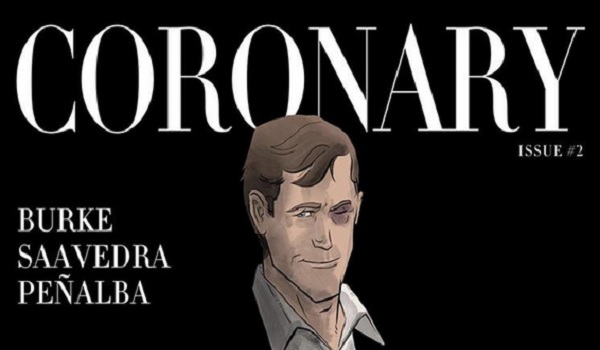 London has lost its way. Dominated by surgeons, lifestyle coaches and pill-pushers, the bastions of love and morality have collapsed. As the fabric of society unfolds, an unsettled businessman reconsiders his life. A young protestor challenges his behavior, hopefully before it is much too late.

Following the events of Coronary: Episode One, Justin must come to terms with his demons. And these have the law to their back. Yet, there is a stronger player than the police at the table, and she has to show her hand. Luna must decide to either help, or let the charges land dead upon him.

Coronary is an ongoing comic series, with Episode Two now on Kickstarter. We follow the exploits of a man now in chains, calling out to the darkness. And there are those that will answer. 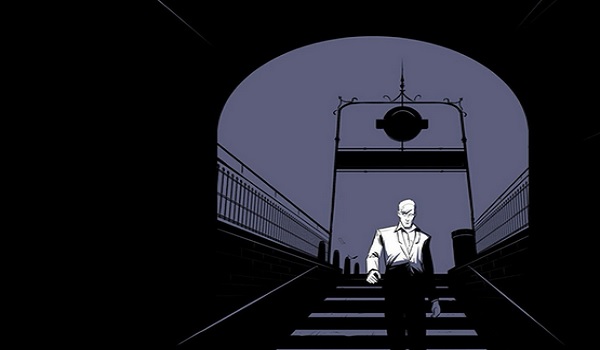 Ryan Burke – Ryan Burke always had an attraction to writing and eventually chased this desire for writing creatively to London. He finally graduated with a degree in Creative Writing, and a strong addiction to writing comics. He’s motivated by admiration of the great works before him, and the beauty of the craft.

Joel Saavedra – Joel Saavedra is a tireless worker and a tireless creator. He hails from the sunny side of Rosario, Argentina. Joel has published works such as Legionaries: Dogs of Rome, Red String, Darkest Star and Family Curse.

Damian Penalba – Damiam is the colorist behind Coronary, who’s also lent his hand to works such as Six Gun Gorilla, Berzerker and The Coverman. He breathes life into the pages, and really gives the comic its voice.

Both of these artists are working under the tutelage of Marcelo Frusin (Hellblazer, Wolverine, Loveless, L’Expedition) and getting better every day.