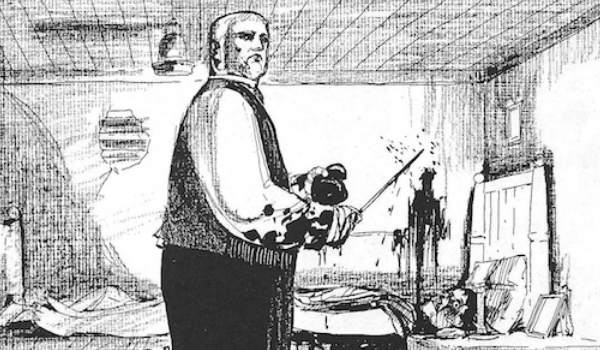 Horror is a strange genre. Like humour (and pornography) so much depends on build-up, timing, and mood. And like humour (and pornography) it’s all so subjective and all so varied. There’s the electric shock of the jump scare, the creeping dread of the thriller, the lingering unease from the Gothic; but all are beautiful in their own ways. However as far as I’m concerned what really separates good from great horror is the way great horror clings to the mind and sinks into the bones. What I have for you today, gentle readers, is a collection of seven stories that do just that. Each of these books are different in topic and tone, but each has settled beneath my skin in one way or another. 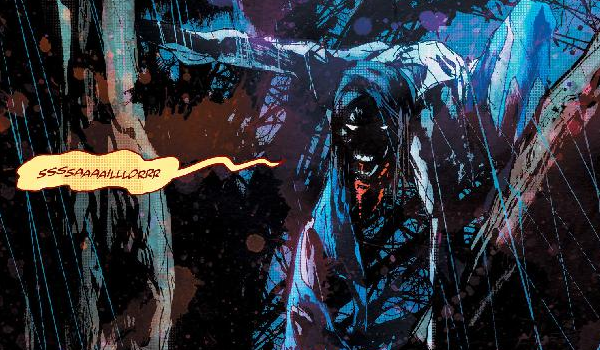 The Rooks are a troubled family newly arrived to the small town of Litchfield New Hampshire. Their daughter Sailor is a young girl suffering from a history of brutal bullying. Like 1980s movie bully brutality. But now she has a second chance at a relatively normal adolescence. But rumors of her past are hard to shake. And it’s not just the past nipping at her heels. There’s something altogether more dangerous, more twisted, and more bestial waiting in the Litchfield woods. These are the wytches, hideous monsters that can grant your heart’s desire provided you can give them a tribute.

Scott Snyder‘s clear love of horror has infused his world and story from warped roots to obscured heavens. The real treat is how his wytches so perfectly embody the very primal fear of something…wrong waiting for you in the trees. There’s a tension in these pages that will put your teeth right on edge. And Jock brings these monstrous woods to life with richly textured art that inspires a deep sense of claustrophobia. If your woodland walks have been feeling a little too leisurely of late just pick up a copy of Wytches and you’ll be running desperately through the forest in no time. 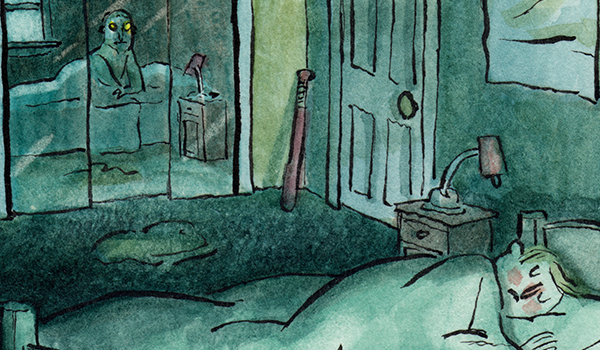 We all have those little idiosyncratic fears, the ones that draw more awkward stares that sympathetic looks. Are you worried that your dogs are shapeshifters? Preoccupied by the thought of ghosts sticking their spectral hands in your yawning mouth? Or maybe you’re concerned that there’s a bunch of invisible people hanging out in your bathroom? Well Fran Krause has got you covered in this charming collection of freaky fantasies.

Indeed, all of the above appear in delightful watercolor art within these pages. Krause started out illustrating his own irrational worries before soliciting terror from the internet. Turns out there’s nothing like the World Wide Web to really bring people together in sharing their most irrational anxieties. Now he has a fascinating catalogue of all the things you never even thought to worry about. Krause’s simple and expressive art adds wry humor to these weird, wild, and wicked worries. And there’s something oddly comforting knowing that you’re not alone in your anxiety regarding your own reflecting plotting against you (I dunno, there’s just something I don’t quite trust about her). 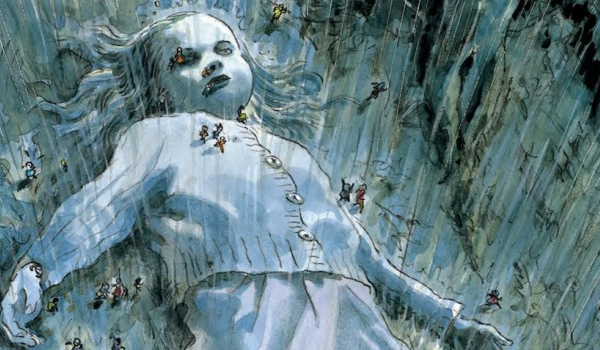 Fabien Vehlmann and Kerascoët open on a pair of young lovers enjoying tea when suddenly their world falls apart. You see, it turns out that their world is actually the body of a small child and that child has just died deep in the forest. Now there’s a whole community of these beings forced to abandon their once cozy home to survive in the wilds. While tiny people inexplicably living inside a dead child are disturbing enough events will only take a turn for the worse from hereon in. Beautiful Darkness follows this child-like civilization as it collapses in on itself and falls away to brutality.

Perhaps the most captivating aspect of Beautiful Darkness is in contrast. There’s just so much hiding between the innocence of our characters at the beginning of their apocalypse and the people they will eventually become. Between the gentle story-book world they once inhabited to the wilderness around them and the horrors they will come to embrace. Between whimsical illustrations and a deeply unsettling story. With soft, dreamy watercolors and delicate character design one could be forgiven for thinking they were looking at a children’s tale. But like the cast’s humanity that illusion is paper-thin. 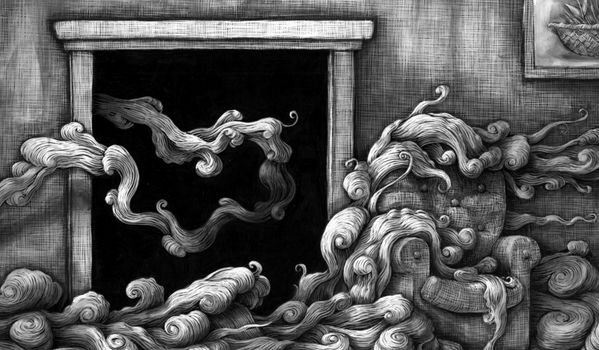 Ben Catmull has created a series of strange and poetic tales of forgotten haunts and haints. Now in all fairness his work isn’t exactly set up in traditional comic form, but as it uses sequential illustrations to tell a series of stories I’m counting it anyway. Herein we have a drowned girl who really hates it when you mispronounce her name, a mysterious occult order, and wandering smoke. Each entry is no more than a few sentences and pictures long, but that is more than enough time for Catmull to create his sinister stories.

Ghost and Ruins revels in its weirdness. Each story is without background or context, making each all the more eerie. Like all true urban legends they come from nowhere and could be anywhere. Along with a strong grasp of horror Catmull also has a wry sense of humor giving each story the feeling of a rather morbid joke. Along with these delightful stories are Catmull’s beautiful illustrations. Using fluid line-work and high contrast monochromatic art Ghosts and Ruins has a mysterious, melancholy feel. Reading through these stories will certainly tempt you to go wandering for your own local spirits and specters. Just take Catmull’s advise and read these tales “alone late at night in the dark far away from civilization, preferably during a power outage.” You know what? That’s excellent advise for just about every book. 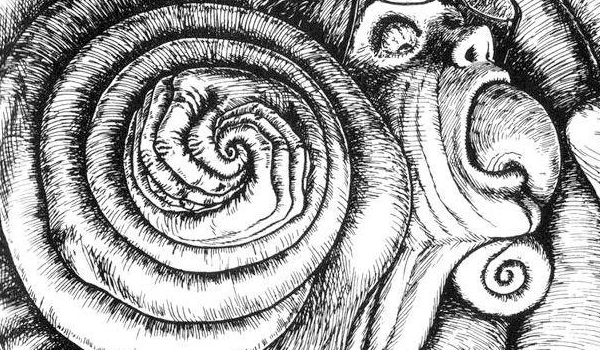 Of all the authors on this list Junji Ito has the distinction of scaring me quite literally speechless. Known for his surreal narratives and incredible grasp of body horror Ito has created more than his fair share of nightmares. And Uzumaki is Ito at his best. The story centers around a series of events in the quiet town of Kurouzu-cho. Once this was a perfectly normal town until the spirals started to change things. These unassuming shapes will warp the minds and bodies of everyone they encounter before transforming the entire landscape.

I know what you’re thinking: how can a shape haunt anything let alone horrify that most fearless of creatures, the comics blogger? But I can assure you, Uzumaki will have you regarding shells, ferns, and even noodles with suspicion. It certainly doesn’t help that Ito is able (and more than ready) to depict the human form twisted about in a whole series of disturbing configurations. So if you’ve ever wanted to lose any and all trust in the golden ratio come and join me down the twisted road that is Uzumaki. 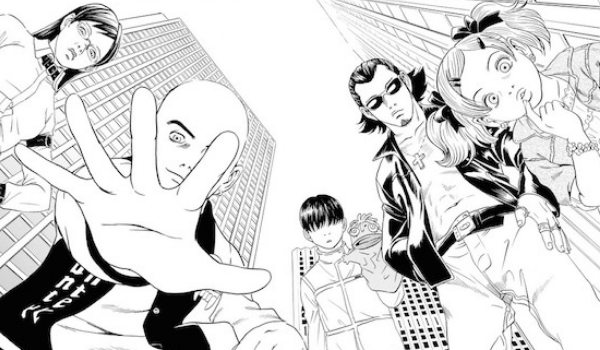 How many of you have found yourself graduating college wondering whatever you could do with your degree? Where could you go? Where could you use your so perfectly honed skills? Well when you’re a newly graduated Buddhist monk who talks to dead people you join a group of eccentrics to start a private company focusing on the final wishes of the deceased. Kuro Karatsu finds himself working with five morbid peers after examining his academic career and coming to the conclusion that he is more-or-less unemployable. At least by the standards of the living.

Eiji Otsuka creates stories that are by turns unsettling, heartbreaking, grotesque, tender, and so much more. He’s a master of tone and atmosphere giving the series a refreshing degree of variety. But perhaps my favorite part of the book is the chemistry between characters. Our noble delivery team may have radically different skill sets and styles but their shared desperation for employment unites them. Together they create a charming community, playing off one another beautifully. And Housui Yamazaki provides some truly exquisite illustrations. Just like Otsuka he too has a vast emotional and aesthetic range. From the detail and delicacy of a forest to the twisted form of a mutilated corpse, Yamazaki renders all with precision and skill. He makes The Kurosagi Corpse Delivery Service as much a joy to look at as it is to read.

Alan Moore takes on the Whitechapel murders in this dark and complex mystery. Now unless you know literally nothing about the 19th century you already know how this all turns out. You know to expect a ton of sex, violence, and squalor. But what you may not expect is an examination of monarchy, political power, misogyny, modernity, and magic. Well Moore ties all this and more into a rich web, giving us a story about Jack the Ripper, but also so much more.

Moore writes with his characteristic eye for detail all the while building layers upon layers to his story. And even though I knew exactly what happens Moore still manages to maintain a sense of suspense throughout his tale. He’s aided by Eddie Campbell who gracefully moves between two very different Londons. One of wealth, order, and respectability; the other of shadow, chaos, and poverty. Campbell’s complexity and skillful use of contrast and form lend his illustrations a weight that is simply captivating. With such richness and depth it’s all too easy to get lost in the seemingly endless streets of Victorian London. 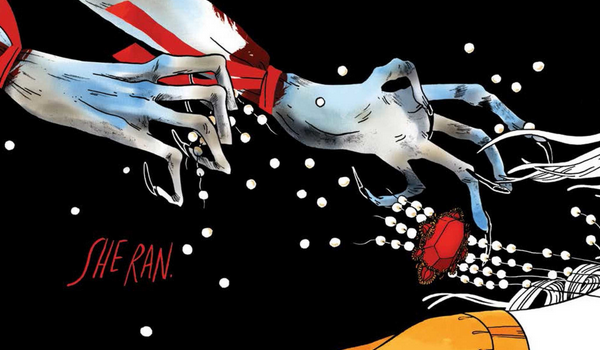 Emily Carroll has created a series of haunting stories with all the strangeness and beauty of a half remembered dream. Carroll takes us through the woods to follow strange smiles, unseen singing, brave brothers, lost friends, and lovely young ladies who are not at all what they seem. Here we have doppelgangers, ghosts, and all sorts of eldritch horrors to haunt your nights. Here we have loss, murder, and possession. But above all here we have a creeping sense of fear that permeates each and every page.

Carroll’s work has a certain timelessness. These stories read like nothing so much as a series of fairy tales. Carroll brings us back to the edge of a fireplace where we try (and fail) to keep the dark at bay. And to compliment these beautiful nightmares Carroll provides us with some incredible art. She has managed to create worlds both lush, yet also striking and iconic. Nothing feels overdone or wasted. Her art has a rich, heady quality that truly allows you to immerse yourself in the stories. But if you’re still on the fence you can read some of her fiction online, including one story included in the book called “His Face All Red.”

As we enter the darkest part of the year it’s the time to look to the shadows. It’s the time visit our fears and acknowledge those monsters that are always with us. And what better way to do so than with the help of any of these wonderful books. So let yourself succumb to the siren song of horror. And remember we’re always looking for something special to scare us. So what terrifying treasures are we missing? What comics really capture what you fear?