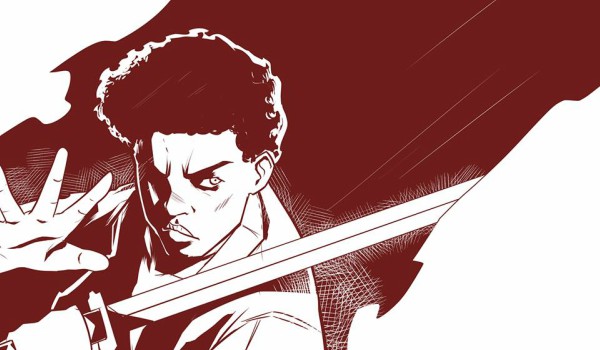 If there’s a word that can summarise Samurai Shin, it would be ‘inventive’. It’s a story that tells itself through the mediums of both manga and music. The series so far consists of multiple issues and soundtracks, with further content in the pipeline that expands on the world and characters.

We caught up with Samurai Shin writer Mikel Miles and artist Ivan Earl Aguilar, who talk us through the genesis of this bespoke creation!

AP2HYC: To start with, would you like to tell our readers just what is Samurai Shin?

Mikel Miles: Samurai Shin means the Samurai of Truth. This story is based on two young samurai, Amir Atsuko & Keith Masaru trying to find the enemies who destroyed their village. They are trying to find the truth about everything that happened in the village, and who actually is behind it.

AP2HYC: What inspired you to make something that fused hip-hop, manga and samurais?

Miles: The inspiration came from two of my favorite anime of all time, Samurai Champloo and Afro Samurai. When I watched them for the first time, I was amazed with the fusion of hip-hop with anime. I loved how the creators combined two different art forms and made them look so cool. That is what inspired me to make Samurai Shin and people accepted and loved such a fusion.

AP2HYC: Spinning off from that, how does this unique blend of ingredients work for the listener?

Ivan Earl Aguilar: Well, music has always been used by movies and animation to enhance the experience of the audience, invoke certain emotions to heighten the feelings whether it is tension, sadness, or whatever the scene is trying to portray. So, with hip-hop music on anime, it gives off a different flavor that is profoundly hip-hop. Hip-hop started from the underground of music and its roots are from strong emotions like rebellion, angst, violence, love, poetry and the hardships of life. 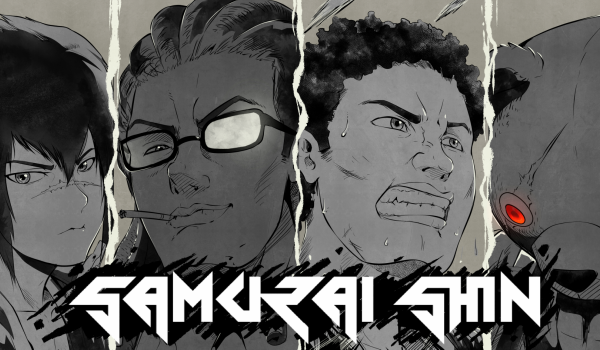 Miles: Well, I saw some of his art on Facebook and then contacted him about doing a comic book. We shared some ideas from samurai movies and anime, and figured out what kind of a manga we want ours to be and came up with Samurai Shin.

AP2HYC: Given Samurai Shin’s idiosyncratic identity, how does your relationship as writer and artist function?

Miles: We both try to be open to each other’s ideas and try to let the story and art evolve in a very fluid form. We don’t give each other creativity restraints. For example, if I send my ideas for the next few pages, I expect to get ideas from Ivan as well. I take and use them to give the story some more flesh and volume. It is the same with Ivan’s artwork, I throw in some ideas here and there relating to the art but I try not to hinder him from his creativity too much.

Aguilar: Samurai Shin comic series is for everyone, and not only for the comic readers, who love hip-hop culture. We try to bring diversity into our comics, so that everyone can get something fun and valuable out from our comics.

Miles: Well, it is mostly for the teenagers because adults don’t read things like this that much. 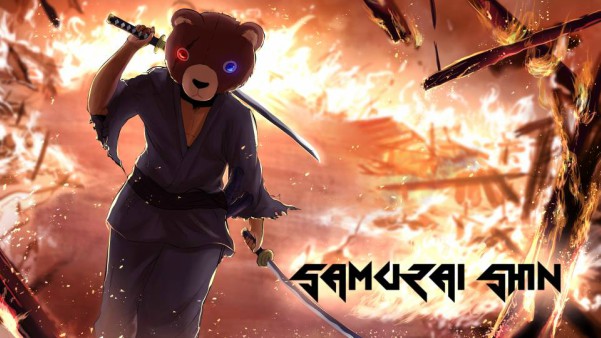 AP2HYC: What may the future hold for this diverse comic?

Aguilar: I feel like there is so much opportunity for this comic to be successful, as you can see from popular culture today, music, fashion and film, all of them have been interlaced with hip-hop’s culture. It was inevitable that the culture would also influence the comic industry as well as animation. I could only see brighter things for the comics since it would bring more audience, familiar or not to the hip-hop culture and see how diverse and creative it is.

AP2HYC: What’s the most rewarding thing when bringing this comic to life?

Miles: It is rewarding seeing that we are all working together on this project and everyone is enjoying and supporting it so, a huge thank you to everyone!

You can find out more about Samurai Shin via their website!

Are you a fan of Samurai Shin? Let us know in the comments section below or send us a Tweet!