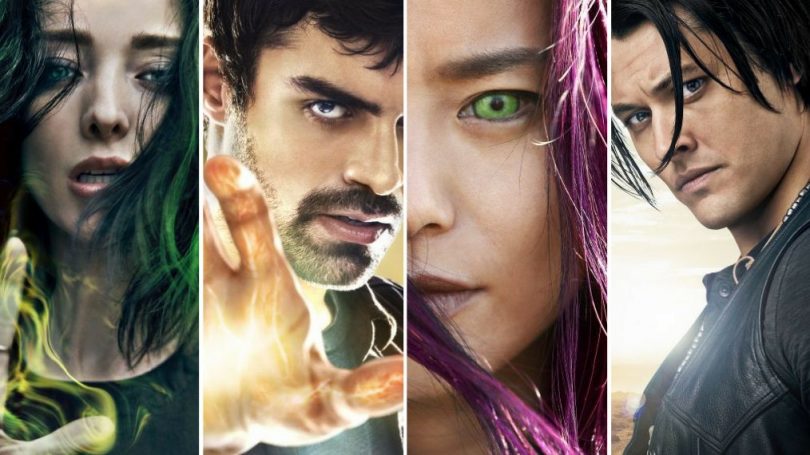 It is a bit peculiar that it took the X-Men film franchise this long to jump to television. With the success of Legion earlier this year, a second series, The Gifted, has arrived upon the scene. Incorporating the primary themes that have guided the comic books since their first publication, The Gifted focuses on a group of characters who do not have the X-Men to rely on, surviving in a world that is very much against them. The pilot serves as a promising start, but it is not without its problems.

With Bryan Singer in the director’s chair, the series immediately connects itself to the films, but the question quickly becomes exactly when and where. Some sources say the series is set in an alternate reality where both the X-Men and the Brotherhood of Mutants have vanished, and the Sentinel Services are arresting any potential mutants, with reports that teenagers will be tested and monitored if they show signs of the X-Gene. It could be reasoned that this is set in the original or new universes created after the events of X-Men: Days of Future Past. Mutants are destined to be doomed, no matter what reality they are in.

The episode kicks off with the police chasing down Clarice “Blink” Fong (Jamie Chung), an escaped mutant who portaled her way out of a detention centre. She is rescued by a small group of rebellious mutants consisting of Marcos “Eclipse” Diaz (Sean Teale), John “Thunderbird” Proudstar, and Lorna “Polaris” Dane (Emma Dumont), who is confirmed to be Magneto’s daughter. However, an encounter with the cops leads to Polaris’ capture. Desperate to save her, Eclipse is willing to do whatever it takes to find her. Luckily, fate has some sympathy.

Elsewhere, district attorney Reed Strucker (Stephen Moyer), makes contact with the captured Polaris and drops the bombshell that she is pregnant. His two children, the quiet, nerdy, social outcast Andy, and the perfectly perfect Lauren (Natalie Alyn Lind) attend their high school dance. In a scene straight out of Carrie, Andy gets beaten up and this activates his mutant powers for the first time, which can be best described as destructive. However, Lauren reveals she is also a mutant, and has been so for three years without telling anyone, possessing an ability to generate Halo-style forcefields.

Things quickly go to hell, the media condemning the awakening of Andy’s powers as a terrorist attack. Well it is American news after all. The siblings, their mum Caitlin (Amy Acker), and a surprisingly loyal Reed, decide to go the run. I had half-expected Reed to be a bit more torn between his family and his job, but I love he just threw everything aside for the sake of his kids. The hostility towards mutants in this series is very clear, but it isn’t all that far off from today’s society. Reed makes contact with Eclipse (whose ring tone in the 90s animated series’ theme song), and agrees to help him rescue Polaris if his family can be smuggled over the border to Mexico.

The Struckers and the mutants meet, but their smooth plan quickly falls apart when the police and Sentinel Services track them down, using robotic drones which reminded me of those owned by Cassandra in Doctor Who. While they escape, Reed seems to get shoes made of cement, gets shot, and captured by the goon patrol. Now, the Struckers are on their own, without their in-the-know-how father, and in the hands of a dysfunctional but potential new generation of heroes.

The pilot plays against expectations, never going down a predictable route with its characters. Reed comes out the best because of this, being sympathetic to mutants yet still does not know any personally. He isn’t as much of a company man as Noah Bennett was in Heroes. Speaking of which, there are some similarities between The Gifted and Heroes, focusing on more ordinary people developing superpowers and a shady government organization plotting to bag-and-tag them. The absence of the X-Men and familiar faces allows for lesser known characters to take centre stage. Blink appeared in Days of Future Past, but she had a bit role at best, so it’ll be nice to see her get some development.

The rest of the cast are more-or-less likeable. Thunderbird makes for a compelling leader, and while Eclipse is a newcomer to the franchise, his more gung-ho, desperate, knight in shining armour attitude helped win me over quickly. Amy Acker perhaps steals the show with her engaging, honest and meek portrayal of Caitlin, completely thrown when she discovers her children are both mutants and her closely-knit link to her home is snatched away from her. But, if there were two problems it would be our two designated protagonists.

There is barely any time to flesh out Lauren and Andy before the runaway train that is plot takes hold. Lauren is…I can’t really find a way to describe her beyond perfect, and not in a good way. She is popular in school, has a caring, supporting boyfriend, acts as a dedicated big sister to Andy, has mastered her mutant powers, and is courageous and kind. She never displays any flaws or bigotry, and isn’t particularly memorable as a character. Hopefully that will change in time. And Andy is your archetypal outcast nerdy guy who mugs a lot for the camera when using his powers.

Another issue is the need to dive straight into the running away plot. The Struckers just hit the road without pause to think about what’s happening. Lauren never has another scene with her boyfriend, and there’s no contact with any family members, though Reed does justify the reason for the latter.

It does feel like The Gifted hits the ground running, but failed to leave any time to flesh out its core cast before throwing us mystery bones. Still, it is a promising start and hopefully will continue this momentum but take the time to give us a proper reason to like these characters, who, for now, are just superpowers with actors tied to them.

What were your thoughts on the pilot of The Gifted? Does it have potential to match other superhero shows? Leave a comment below or on our Twitter feed.