Home » 6 Questions Star Wars: The Last Jedi Has to Answer 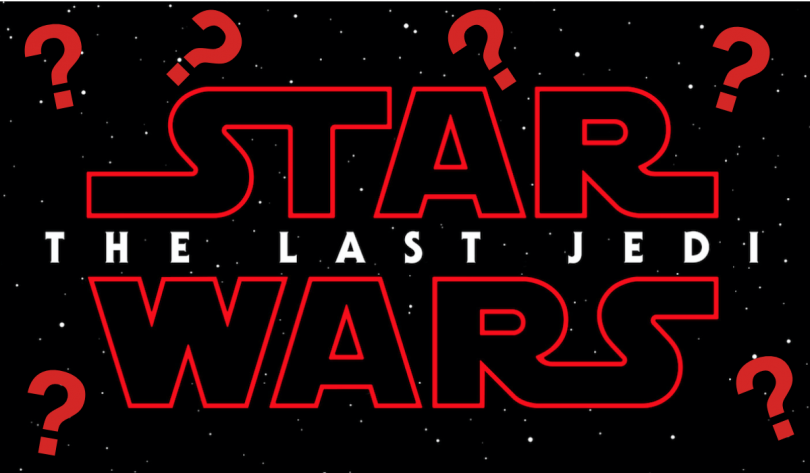 Star Wars: The Force Awakens was a crowd-pleasing continuation of the legendary space opera franchise. It moved the Skywalker saga into its next generation, introduced new characters who are already classic in their own rights, and harkened back to the beloved original trilogy of films. Maybe it harkened back a little too much, but it definitely left the door open for Episodes VIII and IX to take the franchise into brave, new territories. The Last Jedi looks very promising and all signs point to it being another great entry in the series. It will hopefully also answer some or many of the questions left unanswered in The Force Awakens, which felt very much like the first part of a larger story. With all that in mind, here are some questions- in order of importance- that The Last Jedi has to answer. Some of these might be better left unanswered until Episode IX, but either way, we Star Wars fans await them eagerly. 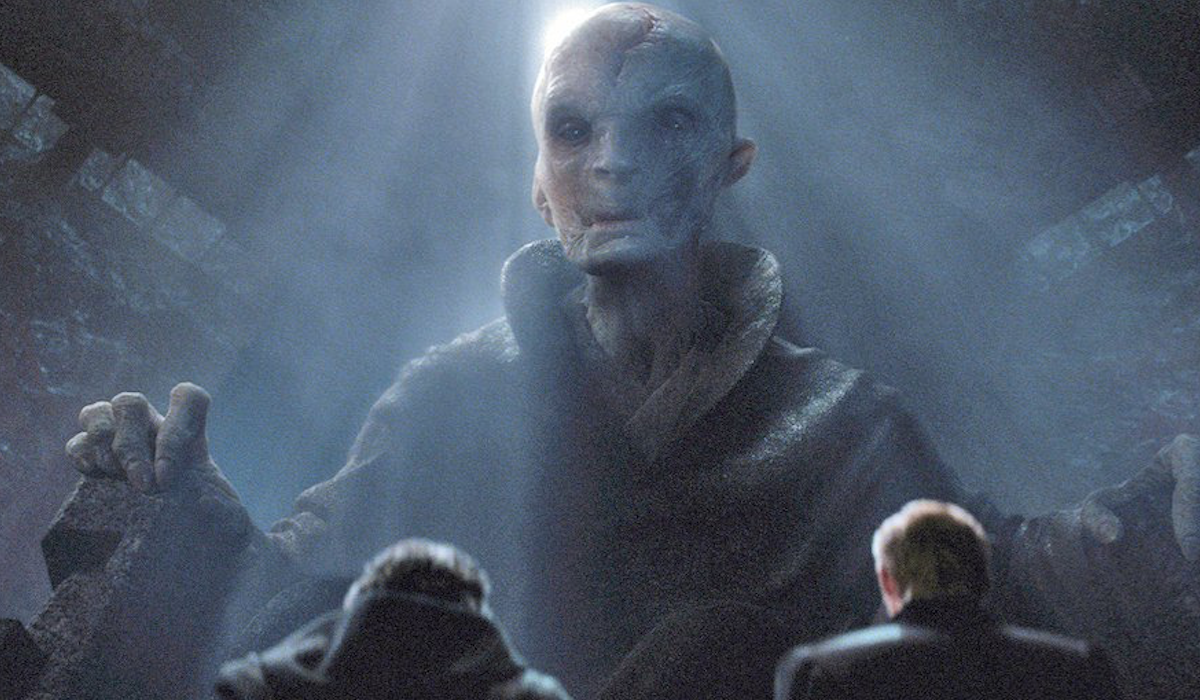 Supreme Leader Snoke (played by mo-cap veteran Andy Serkis) is an intriguing villain for the new trilogy. He seems like more of a spiritual figure than the Emperor was, though his relationship to both the First Order and the Dark Side is unclear. His appearance is memorably creepy, especially as the fifty-foot tall hologram he uses to talk to his subordinates. But who exactly Snoke is remains a mystery. Many have speculated that he is actually Darth Plagueis, former Sith master to the Emperor, who recounts his death to Anakin Skywalker in Revenge of the Sith. Making him Plagueis would be a nice callback to the prequels and deepen the mythology of the Star Wars universe. 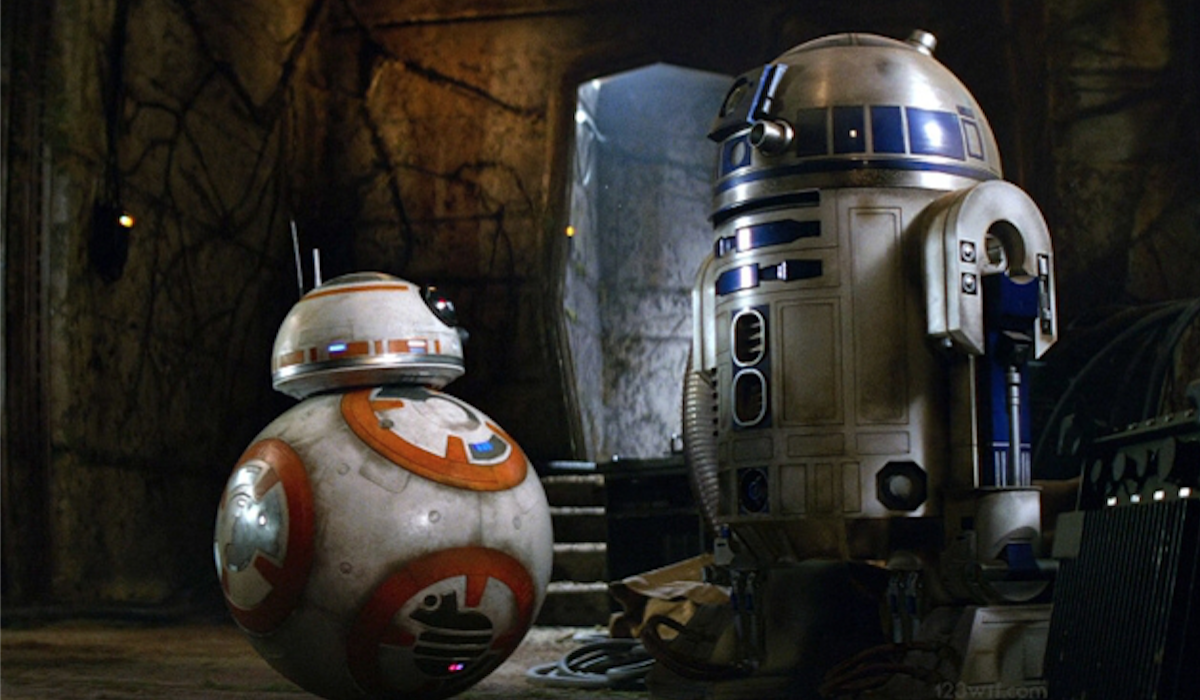 At the end of The Force Awakens, BB-8 approaches R2-D2 with part of a map to find Luke Skywalker. R2 wake up out of the blue and the two droids piece the map together. Unfortunately, it doesn’t seem like the answer to this one has much going on. R2’s awakening served as a deux ex machina for the film’s story to end on a more upbeat note. One could surmise that he was alerted by the Force or some other spiritual connection, but at the end of the day, I think it likely happened for convenience’s sake.

4. What made Kylo Ren Turn to the Dark Side? 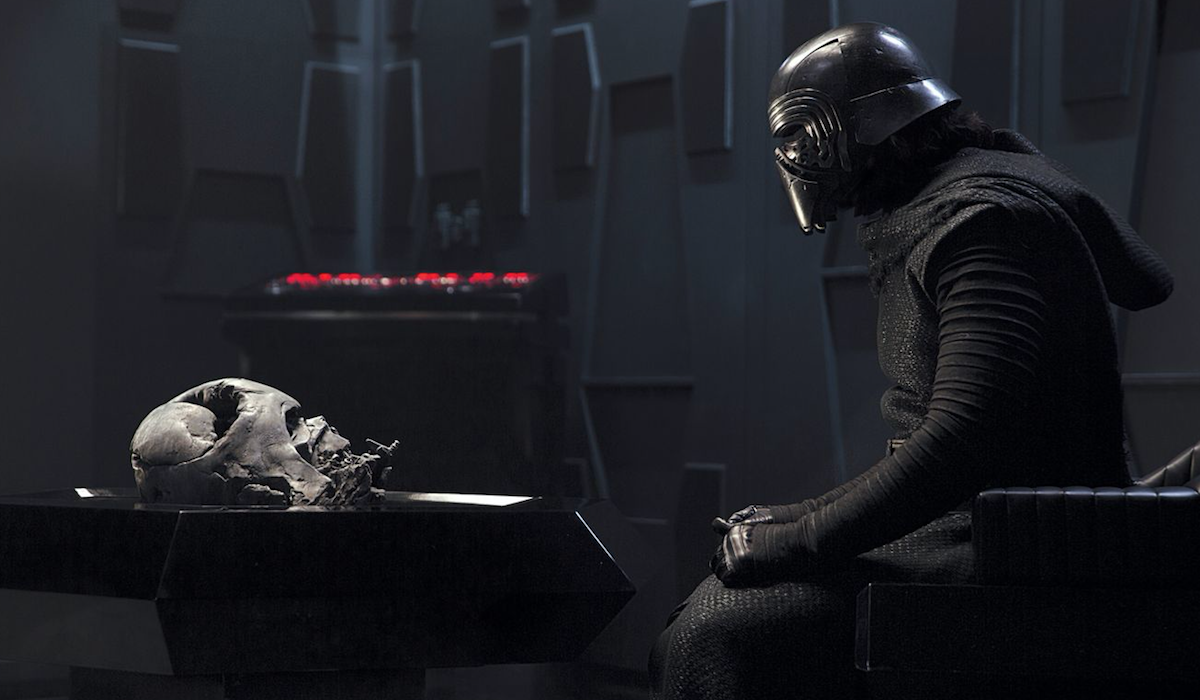 We know that Ben Solo (Adam Driver), son of Han and Leia, was sent to train with his uncle, Luke. We also know that at some point in his training, Snoke influenced Ben and turned him to the Dark Side. Luke, afraid of Ben’s new power, fled to the island Ahch-To as the newly named Kylo Ren destroyed Luke’s Jedi temple. But why exactly did Ben turn? And what did Snoke do to corrupt him? Kylo’s idolization of Darth Vader surely has something to do with it, but we’re still left with an incomplete picture. Perhaps in Kylo’s efforts to turn Rey over to his side we will learn more about his own dark transformation. 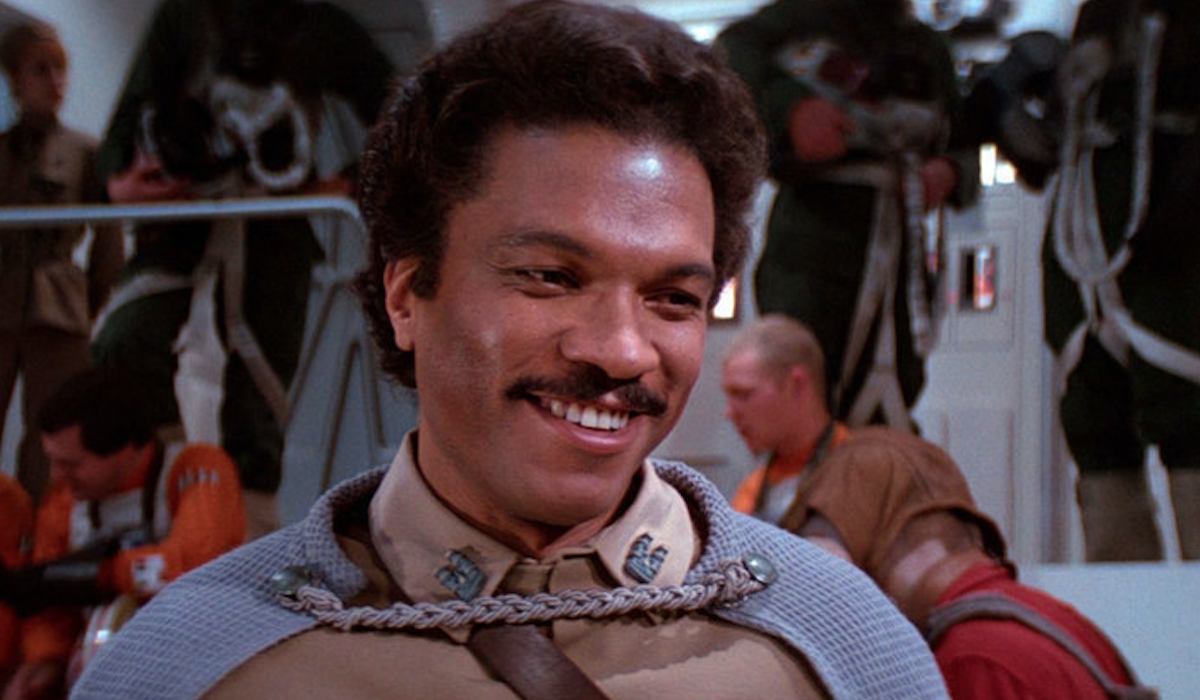 Alright, this one might not be as serious as the others, but where the heck is Lando Calrissian? I can’t be the only one who misses the smooth presence of Billy Dee Williams in these films. Plus, after Han Solo’s death in The Force Awakens, Lando’s reappearance, however brief, would fill some of the acting gap left by a departing Harrison Ford. Just a short exchange of condolences between Lando and General Leia (Carrie Fisher) would go a long way to showing the emotional impact of losing Han. Some fans are hoping for him, despite the confirmation that he won’t be appearing, and Finn (John Boyega) to be related, but I think Finn’s character works better with less information about his past.

2. How did Maz Kanata Get Luke’s lightsaber? 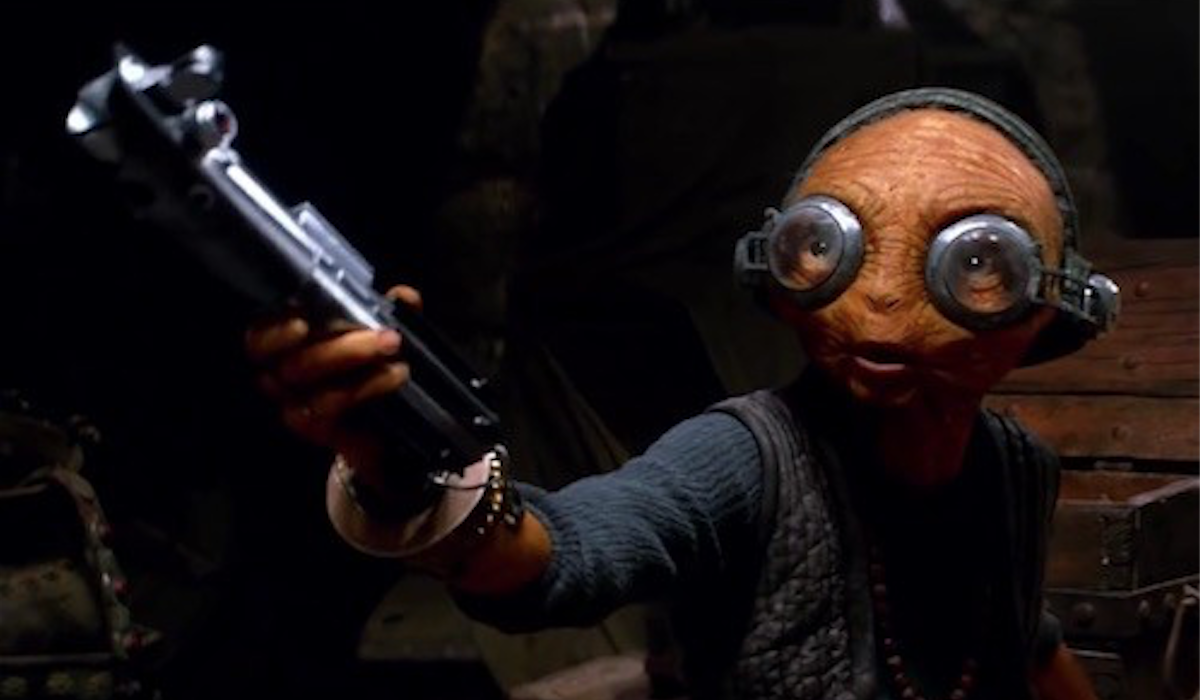 In The Force Awakens, Maz Kanata (Lupita Nyong’o) gives Han Solo Luke’s old lightsaber after it calls to her. When asked by Han how she got it, she calmly tells him that’s a “good question for another time.” Even though Han is now dead, that other time should come in The Last Jedi. Maz could have found Luke’s lightsaber, lost on Cloud City in The Empire Strikes Back, in a number of ways. How she got it is too important of a detail to be tossed aside or explained casually. However it is revealed, I hope with it comes more information about Maz herself. 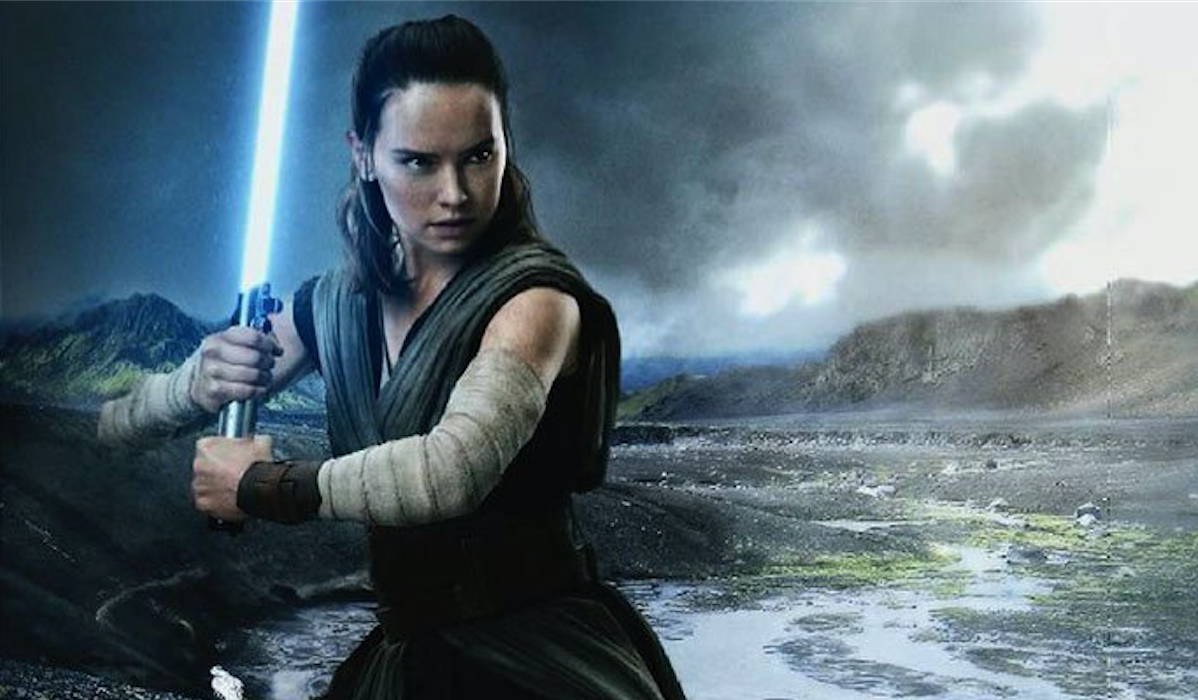 This is easily the biggest question lingering over this new trilogy: Who is Rey? Abandoned on Jakku as a child, Rey (Daisy Ridley) is very force sensitive and seemingly destined to take up the mantle that Luke left behind. The fan theories about Rey’s parents are countless, but I’ve got two good hunches myself.

Either way, Rey’s parentage and origins will undoubtedly be the central driving question of this new trilogy. I am eager to see how things play out in The Last Jedi or if her background is kept hidden until Episode IX.

What questions do you have going into The Last Jedi? Who do you want Rey’s parents to be? And will somebody please get Billy Dee Williams back in these films! Sound off in the comments or send us your thoughts on Facebook or Twitter!