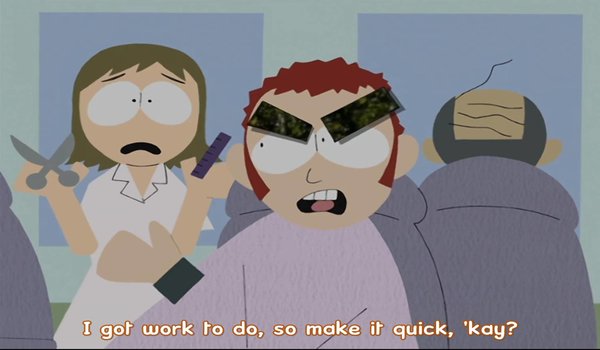 Boy, it’s been a while since we last did the last one. Welcome back to our lengthy analysis of the anime FLCL, studying the weird symbolism of this equally weird sci-fi comedy series. We have already reviewed the first four episodes of the anime, with two more to go. Sidebar: The teaser for the second season looks amazing! I don’t know if it will tell a story as deep and compelling as the first season’s but only time with tell.

To remind readers of this anime’s coming of age story – our hero is 12-year old Naota, a boy about to hit puberty, or rather puberty hits him in the form of pink-haired alien girl Haruko Haruhara, who runs him over with her moped and hits him with an electric guitar. This causes robots to emerge periodically from his head, connected to the sinister Medical Mechanica plant overlooking Naota’s hometown. One robot, Canti, becomes an ally to Naota and Haruko, able to merge with Naota to destroy enemy robots. More importantly is the complicated love triangle between Naota, Haruko, and Mamimi Samejima, the clingy ex-girlfriend of Naota’s absent big brother.

The fourth episode used plenty of baseball-related innuendos to hint at Naota’s rising hormones and sexual attraction towards Haruko, drifting away from Mamimi, who he has a close relationship with, but mostly out of necessity, since both are linked from Naota’s brother Tasuku. The fifth episode will cement the true nature of Naota and Mamimi’s relationship, and Haruko’s actual reasons for “choosing” Naota.

The episode begins with Naota struggling to come to terms with his attraction towards Haruko, or rather trying to deny it. It doesn’t help when his father Kamon tries having sex with her after the fourth episode’s events, and Naota angrily confronts his wacky housekeeper but finds her in nothing but a towel. Haruko goes through another routine of her crazy rocker antics before landing on Naota, enticing him to “swing the bat”. However, another robot horn emerges from the back of his head, this time resembling a gun trigger – forcing Naota to kiss Haruko on the mouth! The gun trigger becomes a recurring element in the episode, symbolising Naota’s pride, ego, and a literal trigger to fulfil his desires.

Kamon walks in during the accidental kiss and challenges Naota to a gunfight to earn Haruko’s heart. However, it turns into more of a nonsensical air gun fight with really zany Looney Tunes-style animation. The episode also makes a nod of references to South Park too. It is Naota and Haruko vs. Kamon and Canti, but the government agents introduced in the last episode arrive to assassinate Canti. Naota gets run over by his schoolmates who now can apparently drive a truck and sell ice lollies part-time, showing they are maturing yet doing things in a childish, mischievous manner.

They bring up the events of past episodes and claim Naota is considered a hero by some. Naota is shocked but his ego kicks in (as symbolised by the trigger) and he tries to shake his newfound sense of pride off despite his obvious joy. Naota sees Mamimi watching from afar, symbolising the growing distance between them.

Naota returns to the usual spot, but Mamimi is judgemental on his changing ways, clearly upset by this, while he tries to play down his feelings towards Haruko. Mamimi reveals she has been watching his heroics, triggering Naota’s growing self-confidence. Mamimi responds by shooting at him with one of his guns, displeased that he is growing up. This means she no longer can rely on him to be a plaything of sorts, a weak individual who needs caring for like she actually is.

Meanwhile, bushy-browed Commander Amarao, who is having a haircut, gets attacked by Haruko and it is here that their actual relationship is revealed. Amarao is implied to have been a former lover of Haruko, possibly around Naota’s age, and the giant eyebrows he wears are meant to block out the portal inside his brain like Naota possesses in his. Haruko used and abandoned Amarao as a child, and now she is repeating history with Naota’s. Amarao himself is an immature adult like Kamon, but much more insecure, whiny, and has a hard time letting go of the past when related to Haruko, still attached to her the same way Naota is becoming.

Naota and Mamimi’s relationship finally hits rock bottom when he attempts to ask her out on a forced date whilst talking about Haruko the whole time. The dejected Mamimi points out how much Naota likes Haruko, and being in the egomaniacal mode he is in, silly Naota tries to kiss Mamimi. The puzzled Naota asks Mamimi if she likes him romantically, but realises that their relationship was never about that – it was about using him as a substitute for her devotion and reliance on his absent brother.

Before, I had assumed Naota at least knew on some level that this was why Mamimi hung out with him giving how much sexual tension there was between them, but apparently not. And in a strange way, it is quite heartbreaking seeing the closest relationship in the anime, flaws and all, fall apart, but it was bound to happen eventually. Naota is growing up, while Mamimi is not. She is unable to as a person, at least for now. Naota’s trigger finally fires, summoning forth an enormous, gun-toting robot dressed like The Man With No Name and resembling a giant floating hand. And it also doesn’t help that the animation cinematography makes the fingers look like giant erections, though I suppose that is the point. Naota’s thinking through his sex drive rather than his head right now.

Amarao freaks out when his eyebrows go missing, and Haruko uses magic I assume to make a tiny guitar pop out of his head, symbolising, well, his performance issues. Or as she hilariously puts it – “It’s small, as usual.” Haruko engages the gun robot in battle, while Naota and Mamimi are stuck on top of its head. Mamimi then screams for Tasuku to save her, Naota finally understanding the core of their relationship and has had enough. Mamimi is relying on his brother to save her, but he won’t, and she won’t trust in Naota to do it because of her preconceptions of him as a weak person. Naota summons forth Canti and orders Mamimi to never call him by her pet name of “Ta-kun” again.

Naota (in Canti) and Haruko battle the gun-toting robot, but it is a losing fight. Naota gets blasted out of Canti as a fireball and crashes, but Canti suddenly gets a glowing symbol on his TV screen and pulls out an awesome 1961 Gibson EB-0 guitar (or bass), which he uses to defeat the robot, a part of it crashing into the river. This guitar and power belong to Atomsk, a space-faring pirate of immense power, and the real reason why Haruko has been using Naota’s head, hoping he would escape from Medical Mechanica. It is theorised that Atomsk represents adulthood and maturity, something which Haruko, who represents puberty, desires to obtain.

At the end of the episode, Naota is literally stepped on by Haruko, symbolising how she no longer needs him and has found what she wants. So, at the end of this episode, Naota chose to reject both of the key relationships in his life – ending his co-dependent relationship with Mamimi, and denying his own feelings towards Haruko, but it may be too late to do anything about them since Haruko has already reached her target.

The fifth episode of FLCL is a very pivotal part of Naota’s arc, ending one relationship on his own choice, and losing another by outside means. Also, extra points for the absolutely zany animation style. The sixth episode will resolve all things. Or, the FLCLimax!

What are your thoughts on FLCL? Are you looking forward to the second and third seasons? Leave a comment below or on our Twitter feed.