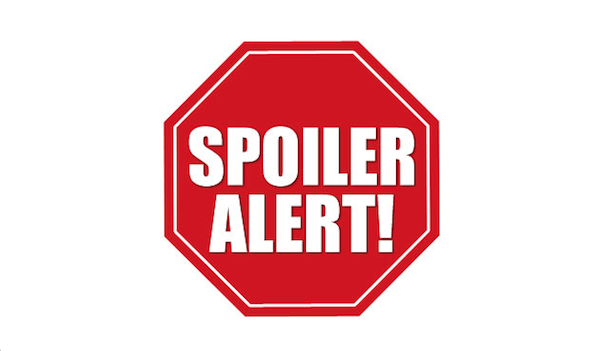 As I mentioned on the last page, The Last Jedi does not totally mimic the plot of The Empire Strikes Back, as many people feared. In reality, it borrows elements from Empire (as well as Return of the Jedi) and finds a way to circumvent old, tired cliches and predictable plot points, but unfortunately, it still falls victim to a few of those same issues.

The story begins with Poe Dameron (Oscar Isaac) leading a band of Resistance fighters on an assault on the First Order’s fleet, including a massive ship known as the Dreadnought. During the fight, Poe goes against General Leia’s orders and, while his team is successful in neutralizing the fleet, he is ultimately responsible for the death of most of the fighters, leading to his demotion.

I didn’t really like Poe in The Force Awakens. He didn’t stand out as a remarkable character to me (though he seemed to be a major hit with the tween/Tumblr fandom who’s convinced that he’s Finn’s soulmate). In this movie, he finally had real development that dignified him as a solid character with a purpose. But don’t be fooled. He isn’t this rebel with a cause who gets away with his “play by nobody’s rules” attitude. He’s reprimanded numerous times and faces severe penalties, proving that the “go in with guns a-blazing” attitude doesn’t fly anymore, especially under the command of General Leia and her successor, Admiral Holdo (more on that in a bit).

After the Resistance fleet jumps to hyperspace, they think they’ve made it scot-free. But wait – the First Order has tracked them through hyperspace, a seemingly impossible feat. A small troop of TIE fighters makes their way to the main Resistance ship and fires on the main bridge, killing most of the leadership, including our beloved Admiral Ackbar and General Leia herself.

When this happened, I felt many things all at once. At first, I was slightly disappointed that the movie followed such a predictable path of killing off Leia. Then, I was even more disappointed at how quickly they moved past her death. Remember how it was when Han Solo died? The Force Awakens hit you hard with that. The Last Jedi had one shot of Leia being sucked out of the ship, and then we’re back to the rest of the cast. The General deserved much more than that!

This is when things got weird, and I think this may have been the main turning point for many fans where they started to either really enjoy the film, or really hate it. Leia, using some unknown Force power, manages to survive the trip into space and floats her way back to the ship before falling into a coma. This plot point has many fans divided, and to be honest, it comes off a bit cheesy at first. But let’s be real: is Leia floating through space really that outrageous compared to the other stuff we’ve seen Jedi/Sith do? The Jedi Mind Trick, the Force Ghosts, the ability to sense people across galaxies. Leia’s little Force Space Walk, albeit strange at first, is not a big deal. At least we’re not getting another midichlorians explanation. Ugh…

With Leia in a coma, the Resistance is now led by Admiral Holdo (Laura Dern), an officer who has a history fighting under the General and doesn’t tolerate any insubordination, especially from Poe. Holdo orders the Resistance fleet to continue on its main course while the First Order slowly follows.

I feel bad for Holdo. She’s one of those characters who you despise in the beginning because you think she’s an incompetent coward who will lead the Resistance to its defeat. Then you discover she’s actually one of the biggest heroes in the story (more on that later).

Let’s jump to the other side of the galaxy. Remember how The Force Awakens ended with that epic shot of Rey handing the lightsaber to the stoic hermit Luke Skywalker, leaving the fate of both characters ambiguous? Well, The Last Jedi picks up almost immediately after, with Luke taking the lightsaber… and then casually tossing it over his shoulder.

Think about it: Luke has been in solitude for years, and the first human he interacts with hands him a relic that signifies his entire history… and he throws it away like it’s an empty soda can. How can you not appreciate the movie for handling a cliche and predictable concept so well? There was no heartfelt reunion. There was no Luke staring at the lightsaber like it was his own baby. There was just an old man tired of everything and wanting to disassociate himself with the world that fell apart. I love it.

As you can guess, Rey has sought out Luke to train her in the ways of the Force. Here is where the movie unfortunately falls prey to the same cliches it was trying to avoid. Did anyone else guess what happened next? Luke doesn’t want to train Rey. Then she reveals what Kylo Ren and the First Order have done and that she needs to stop him, with or without Luke’s help. Then Luke agrees to help her. It’s all very straightforward and predictable, which is a bit disappointing, but at least we’re spared some drawn-out conflict to pad the movie run time (well, with Luke and Rey; wait until we get back to the Resistance fleet).

During Rey’s training, she discovers the main cause for Luke’s exile. We all know that Luke attempted to train Ben Solo/Kylo Ren and he turned to the Dark Side, but what REALLY happened? According to Luke, Kylo was corrupted and attacked Luke before defecting to the First Order. Later on, Kylo manages to Force-connect with Rey and share his own account of what happened, which is that Luke tried to kill Kylo in his sleep for one reason or another, causing the padawan to fight back in defense and leave the island. When Rey confronts Luke about this, he admits that it’s a little of Column A and a little of Column B. Luke sensed that Kylo was already corrupted by Supreme Leader Snoke and that he needed to be stopped before it was too late (basically, he was doing what Obi-Wan should’ve done to Anakin back during Revenge of the Sith). The second after he turns on his lightsaber to kill the sleeping Kylo, he immediately regains his senses and shuts it off, realizing that he needs to work harder to bring Kylo back to the light. Unfortunately, Kylo wakes up and sees a crazy old hermit looming over him with a laser sword and goes on the defensive, bringing the temple down on him and then escaping.

I wasn’t surprised by this big revelation. I expected a major plot twist about their training. Like what if Luke actually was evil and had been corrupted by the Dark Side? I can’t fault the movie for that. It’s my own fault for trying so hard to guess what was coming.

Rey leaves the island to go confront Kylo in the hopes of turning him back to the Light Side. Luke goes to the island’s Jedi Temple to destroy it and the Jedi Texts within, when he’s confronted by… YODA’S FORCE GHOST! Out of all the surprises in this movie, this was the most welcome. It’s been years since we’ve seen our favorite little green Jedi Master (and even longer since we saw him in puppet form). The best part of this was that Frank Oz himself returned to voice the character! 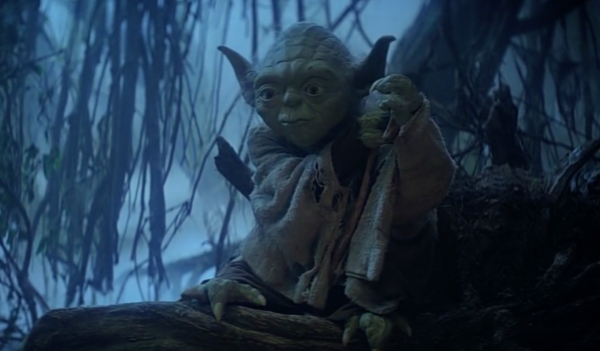 Yoda’s role is short-lived, as he uses his post-death-Force-powers to call down lightning to destroy the temple while also telling Luke that failure is the greatest lesson. Thanks, Yoda. I needed that.

The only thing that I was upset about with Yoda’s moment was that the theater didn’t erupt into massive applause when he appeared (I mean, my theater lost its mind during Ackbar’s cameo in The Force Awakens).

Time to go back to the Resistance, where the heroes are still being pursued by the First Order fleet. Finn, now awake from his coma from the previous movie, tries to sneak off the ship so he can go find Rey. Along the way, he’s stopped by Rose, a young Resistance maintenance worker who worships Finn for turning against the First Order to help the cause. The two team up (along with BB-8) after discovering that the villains are using a prototype tracker to follow the Resistance through hyperspace, and that the only way to stop them is to break the code leading to the ship’s tracking system. They briefly converse with Maz Kanata and learn of a codebreaker living on the nearby planet of Canto Bight. The three venture to one of the planet’s casinos to find the codebreaker, but are thrown in jail instead, where they share a cell with Benicio Del Toro.