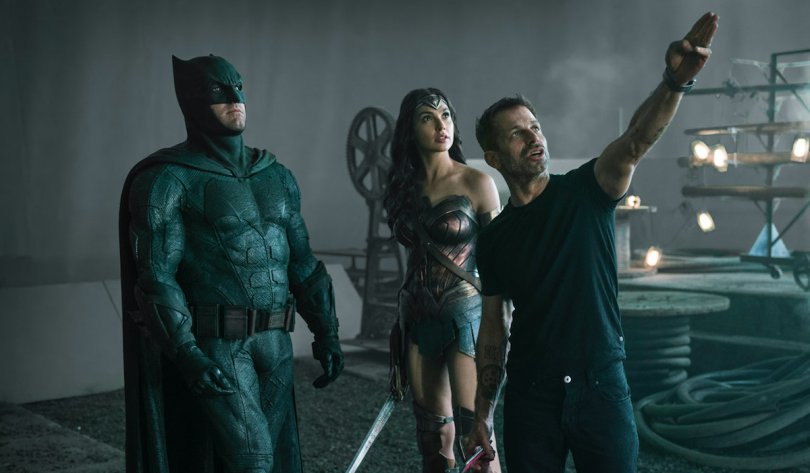 Like the rest of the DCEU films (save for Wonder Woman), Justice League was released to mixed reviews and audience reception. DC fans enjoyed some aspects of it and average moviegoers generally had a good time, but the film was, for many, overall underwhelming. For what was marketed as the Avengers-equivalent franchise crossover film of the DC universe was instead a lukewarm, inconsistent adventure that left much to be desired. Maybe its sudden tonal shifts spell good news for future DC movies and there is still hope of a grander Justice League sequel in years to come.

When Zack Snyder left Justice League in Spring 2017, Joss Whedon took over much of the directing and writing duties left in reshoots. This drastically changed the tone and mood of the film, not to mention several story beats and elements. In addition, Warner Bros. likely mandated that the film run under two hours, barely leaving enough time for a team-up movie of this size to flourish. In response, some fans are starting to clamor for Warner Bros. to release Zack Snyder‘s original cut of Justice League, much like he did for Batman v Superman and Watchmen (or like David Ayer did for Suicide Squad.) These extended cuts, while still resulting in below average movies, did flesh out their stories and cement the visions of their directors far better than the theatrical releases did. A director’s cut of Justice League might not be good, but it would at least be more interesting than what we got. So, one has to wonder, what exactly might be in Zack Snyder‘s cut? 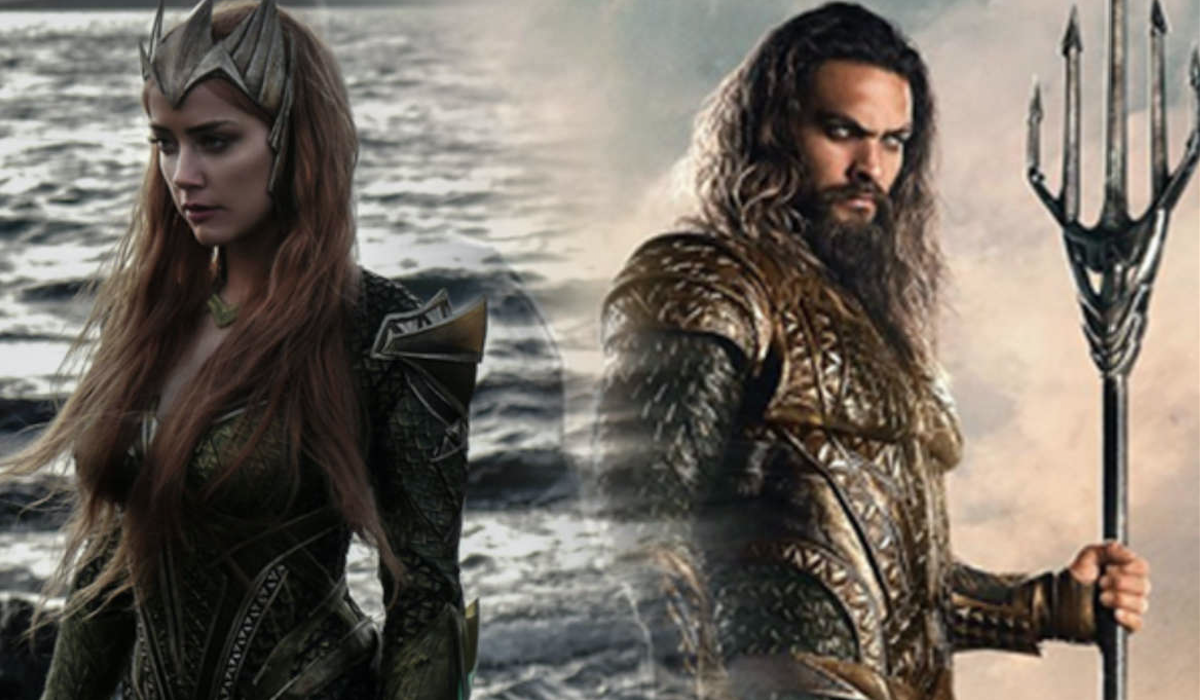 Considering that he’s about to get his own film in 2018, Aquaman is a pretty thinly written character in Justice League. Jason Momoa‘s performance is a lot of fun, but his motivations are ignored and his personality reduced to a few one-liners and jokes. We know that more time was spent Atlantis with Aquaman, his wife Mera (Amber Heard) and advisor Nuidis Vulko (Willem DaFoe) in Snyder’s original script, but we don’t know what went on there. A deeper relationship between Aquaman and Mera would have been nice to see. And through Vulko, we could better understand how Aquaman thinks, fights, and leads- three very relevant parts of how character acts as part of the League. It’s very likely we’ll see these themes explored in Aquaman, but it would have improved Justice League to keep them in. 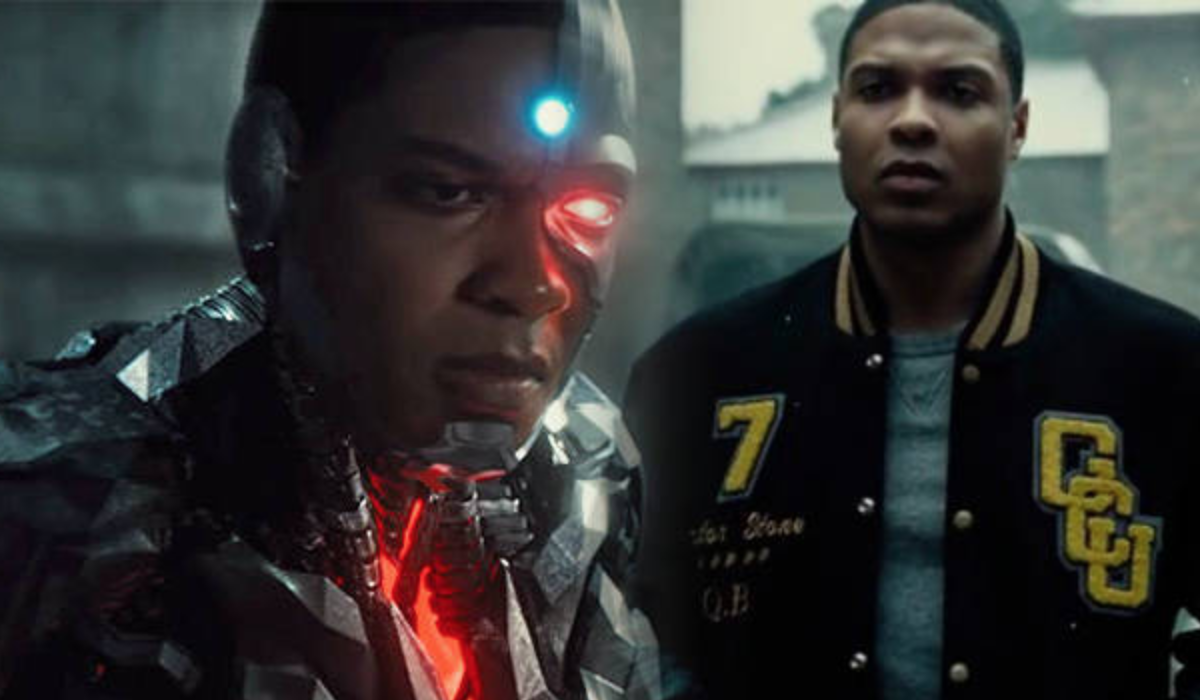 Cyborg (Ray Fisher) is one of the bigger let-downs of Justice League. Nothing is wrong about the character or Fisher’s portrayal, there just is not enough of Cyborg in the film. We get a few short scenes about his tragedies and a few others about his tech-based powers, but that’s it. However, we know of at least two flashback scenes in Snyder’s draft that would have significantly improved Cyborg. The first shows Victor Stone, pre-Cyborg, as a football player at Gotham City University. The second, as shared by Fisher, was another flashback between Stone and his late mother. These two scenes would help show who Victor Stone was a person was before his life-changing accident. They might have also helped establish Cyborg as someone worthy of their own solo film, instead of just staying a supporting character in Justice League 2 and Flashpoint. 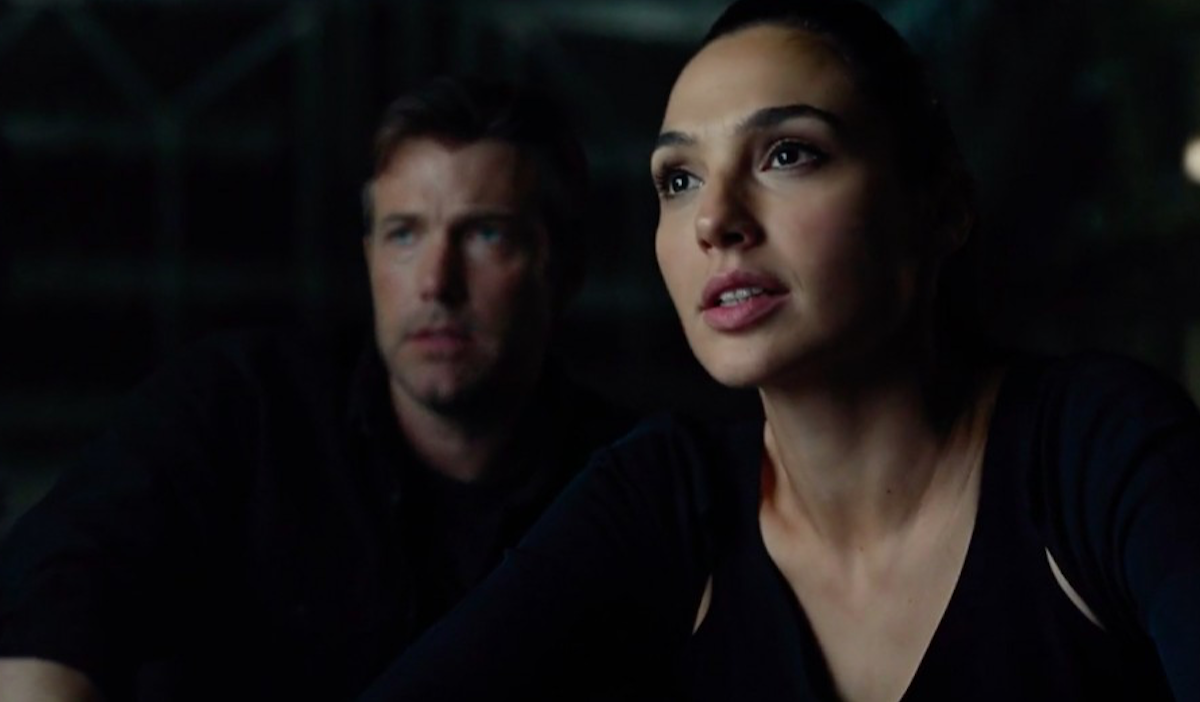 We did see hints of this relationship in the final film, but only enough to suggest a friendly working relationship. Honestly, I’d be fine without any romantic relationship between Bruce and Diana, but if the filmmakers are going to suggest one, they should follow through with something worthwhile. The romantic tension Batman and Wonder Woman had in the Justice League animated show was great and an easy blueprint for the DCEU to emulate. However, with Ben Affleck‘s ever-growing probable departure from the DCEU films, maybe Gal Godot‘s Wonder Woman would be a better match for whoever will replace him. 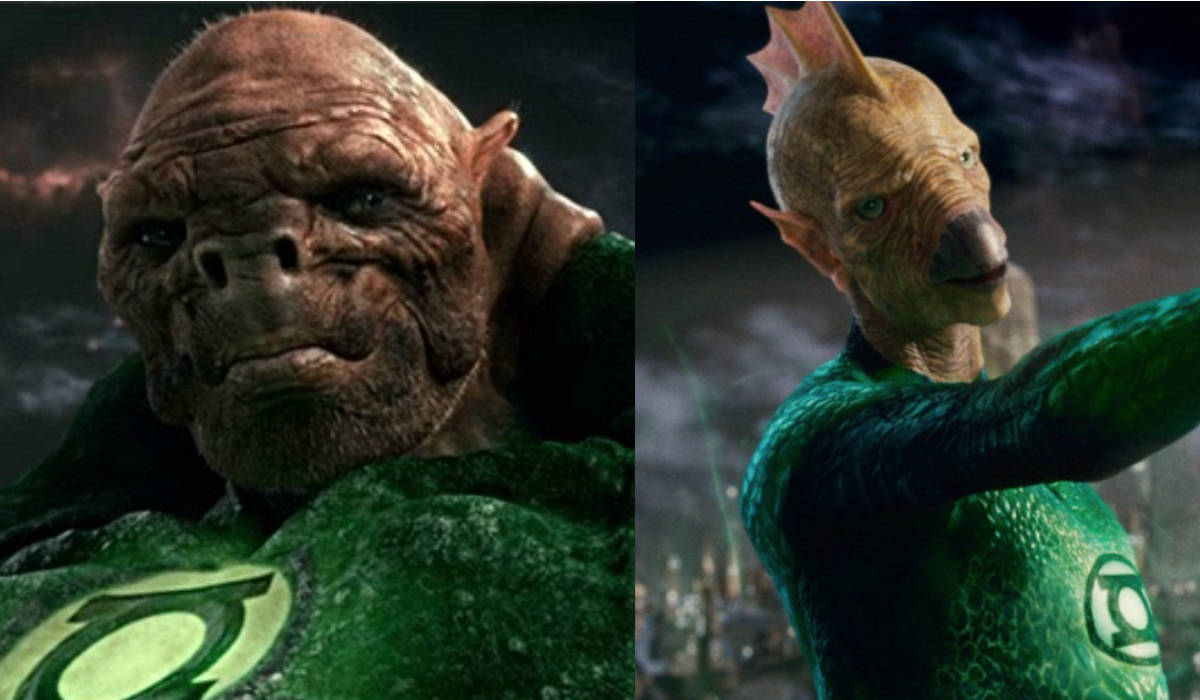 Like with Bruce and Diana, we did see a hint of the Green Lanterns in the opening battles between Steppenwolf and the armies of Earth. It was a nice tease to something much bigger and we’ll no doubt see in future films. Rumor has it that in a post-credit scene (cut early in post-production), Bruce Wayne was visited by Green Lanterns Tomar Re and Kilowog (pictured above in 2011’s Green Lantern.) Why they would visit Batman is unclear, but it would have been a nice world-building note to end on. This was one of many opportunities that Justice League had to serve as a new door for viewers into the DCEU’s vast narrative universe. But because of fears that such a movie would intimidate and confuse viewers, we instead got what feels like the smallest DCEU entry to date (okay, maybe not smaller than Suicide Squad.)

And when we do get around to seeing more Green Lanterns, like Hal Jordan and John Stewart, I’m still pushing for Armie Hammer and André Holland to fill the roles! 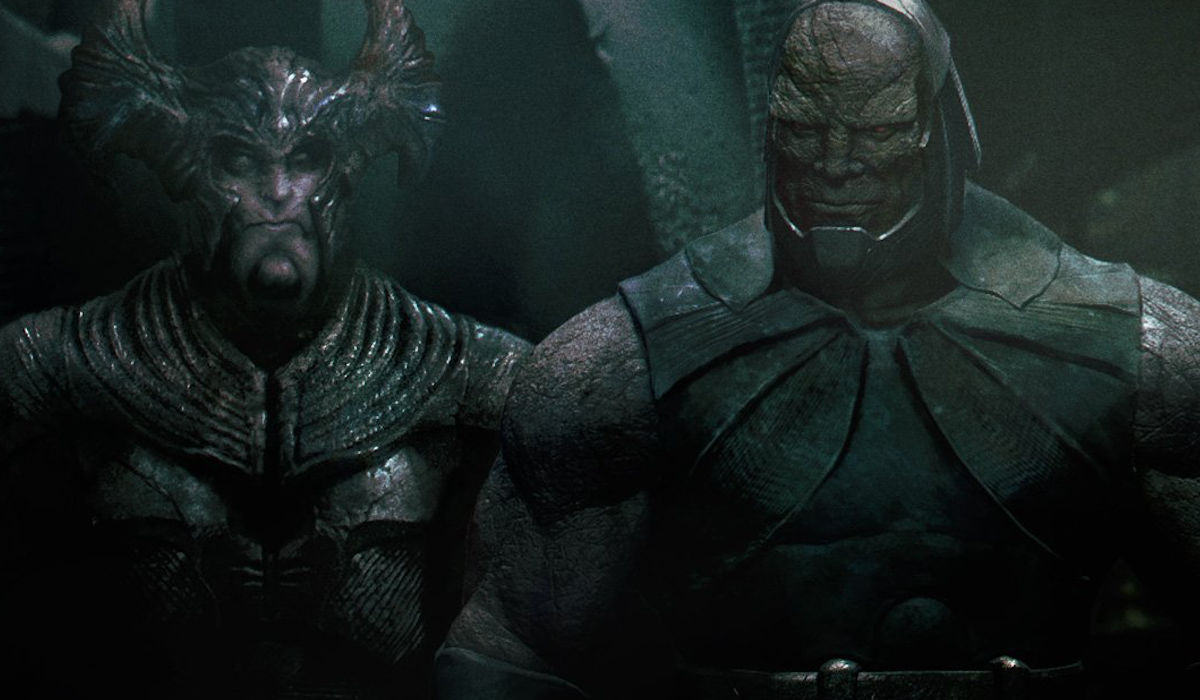 At the end of Justice League, Steppenwolf (Ciarán Hinds) is unceremoniously killed off by his own Parademons while trying to escape back to Apokolips. It’s a disappointing end to a disappointing villain, but all could have been redeemed in a supposed deleted scene featuring Steppenwolf’s master, Darkseid, who kills Steppenwolf for his failures. Though the scene would’ve have excused Steppenwolf’s weakness as a main antagonist, it would have absolved some of it by showing off just how powerful and formidable Darkseid is (ideally played by Andre Braugher.) Like how the Avengers films set up Thanos in the MCU, this ending tease idea is a great way to build anticipation for the Justice League’s biggest threat to come.

1. Black-suited Superman (And a Different Resurrection) 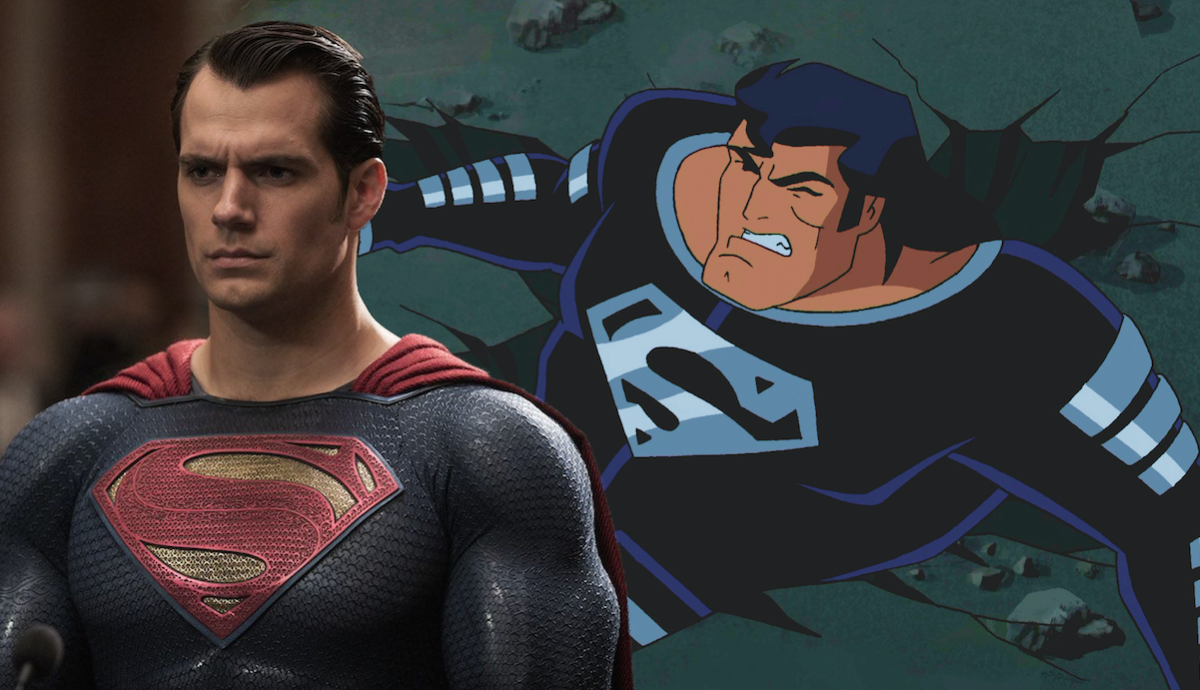 There are conflicting reports as to whether or not Superman’s black suit was in Justice League, but the film’s cinematographer has said that he shot some footage with Henry Cavill in it. The black suit from the comics looks cool enough to warrant seeing it by itself, but how it would have fit into the film’s story is even more interesting. Superman’s obvious resurrection was weak and poorly explained. It didn’t amount to very much and wasted the “Lois is the key” tease from the Flash in Batman v Superman. If Superman had instead been resurrected by Steppenwolf, dressed in black, and brainwashed into fighting against the League, there would have been a nice twist at the end of the film’s second act. And for the final battle, Superman could be reminded about truth, justice, and the American way (by Amy Adams‘ Lois Lane), and would triumphantly join the Justice League.

There’s plenty more that fans wish they had seen in Justice League, but these were just a few likely elements from Zack Snyder’s cut of the film. It’s anybody’s guess as to whether or not we will see an Extended Cut on DVD (or even if that Extended Cut will be Snyder’s original vision) but I’m hoping we get one. Even if it doesn’t improve the film, it will make for an interesting watch.