Home » Who is Black Panther? 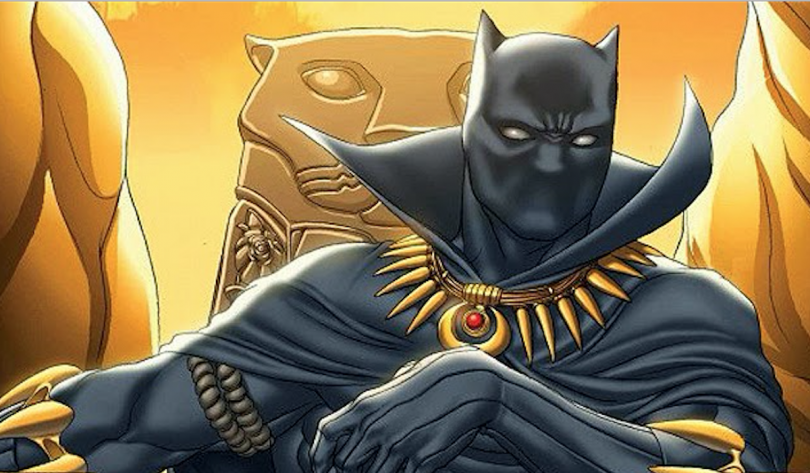 Black Panther is a seminal character in comic history. As the first African superhero in mainstream comics, King T’Challa has maintained an important place in the Marvel universe and continues to stand out among his fellow Black comic characters. His home-nation of Wakanda, a secretive, technologically advanced African kingdom, is an iconic and popular example of afrofuturism. Black Panther was created by Stan Lee and Jack Kirby and debuted in Fantastic Four #52. He quickly joined the Avengers two years later and began starring in his own comic line in 1973. Over the years, he has been written by several acclaimed writers like Christopher Priest (my personal favorite), Reginald Hudlin, and most recently author and journalist Ta-Nehisi Coates.

T’Challa’s backstory has changed slightly over the years, but has always stuck to the same general story. T’Challa’s father, T’Chaka (whom we saw in Captain America: Civil War), was the King of Wakanda and serves as its Black Panther, the kingdom’s protector. When he is murdered by criminal Ulysses Klaw (played by Andy Serkis in the MCU), young T’Challa must take up his father’s mantle and unite Wakanda’s many factions. He is helped by his sister Shuri (Letitia Wright) and the Wakandan special forces, the all-female Dora Milaje, who possess incredible technology and fighting skills. T’Challa eventually marries X-Men leader Storm, but has had other love interests as well, such as singer Monica Lynne and Nakia (Lupita Nyong’o). Klaw is probably the character’s most well-known villain, but he has also fought Erik Killmonger (Michael B. Jordan), M’Baku/Man-Ape (Winston Duke), and the Joker-esque Reverend Achebe. 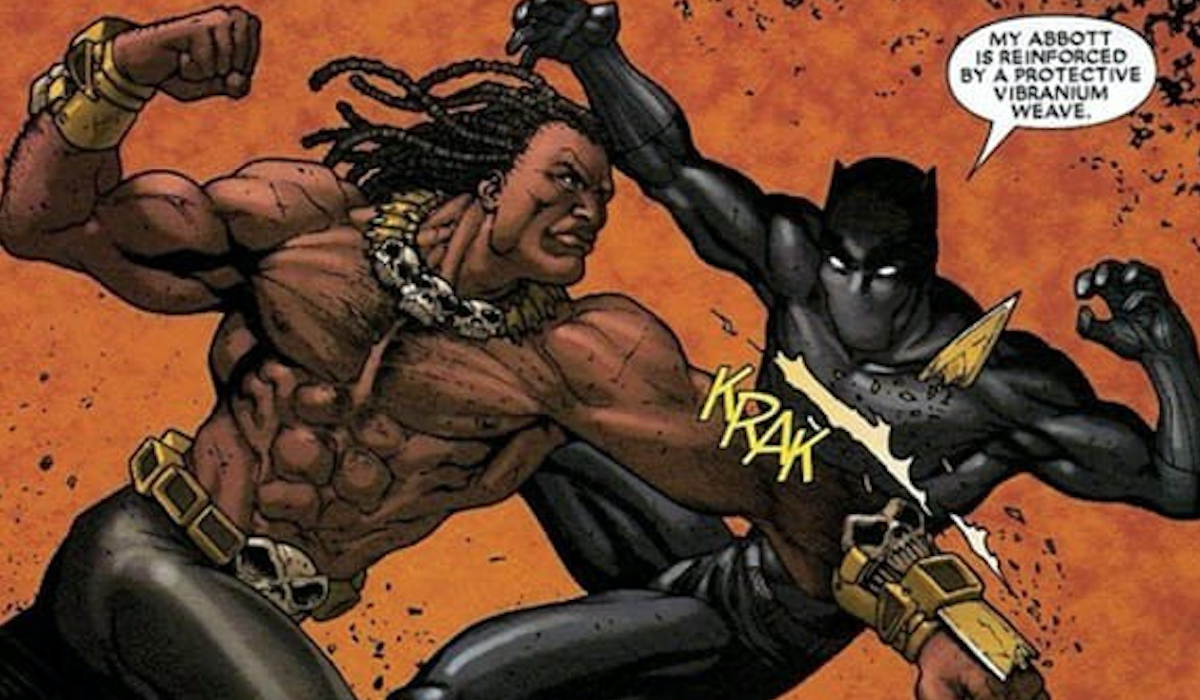 Black Panther has appeared multiple times in animation, perhaps most famously on the BET’s short-lived animated Black Panther show as voiced by Djimon Hounsou. He appeared in one episode of the 1990s animated Fantastic Four show (voiced by the legendary Keith David) and in several newer animated Avengers shows by voice actor James C. Mathis III. Actor Wesley Snipes was poised to play T’Challa in a live-action film in the late 1990s, but production fell through before shooting began (he was subsequently cast as Marvel vampire hunter Blade in three movies.)

Wakanda made two brief appearances in the Marvel Cinematic Universe before Black Panther (Chadwick Boseman) was cast for Civil War. The nation was first seen on a background map in Iron Man 2 and was then name-dropped by Bruce Banner in Avengers: Age of Ultron as the planet’s main source of the rare metal vibranium.

In Civil War, T’Challa is caught between Iron Man and Captain America in their fight over accepting the Sokovia Accords. He ultimately sides with Iron Man after Cap’s ally, Bucky, is framed for the assassination of T’Challa’s father. However, by the end of the film, T’Challa has realized the true villain’s plan and, in a poignant scene, vows to seek justice in the future instead of revenge. In a post-credit scene, he agrees to help Bucky subdue his Winter Soldier programming and houses him in hibernation. 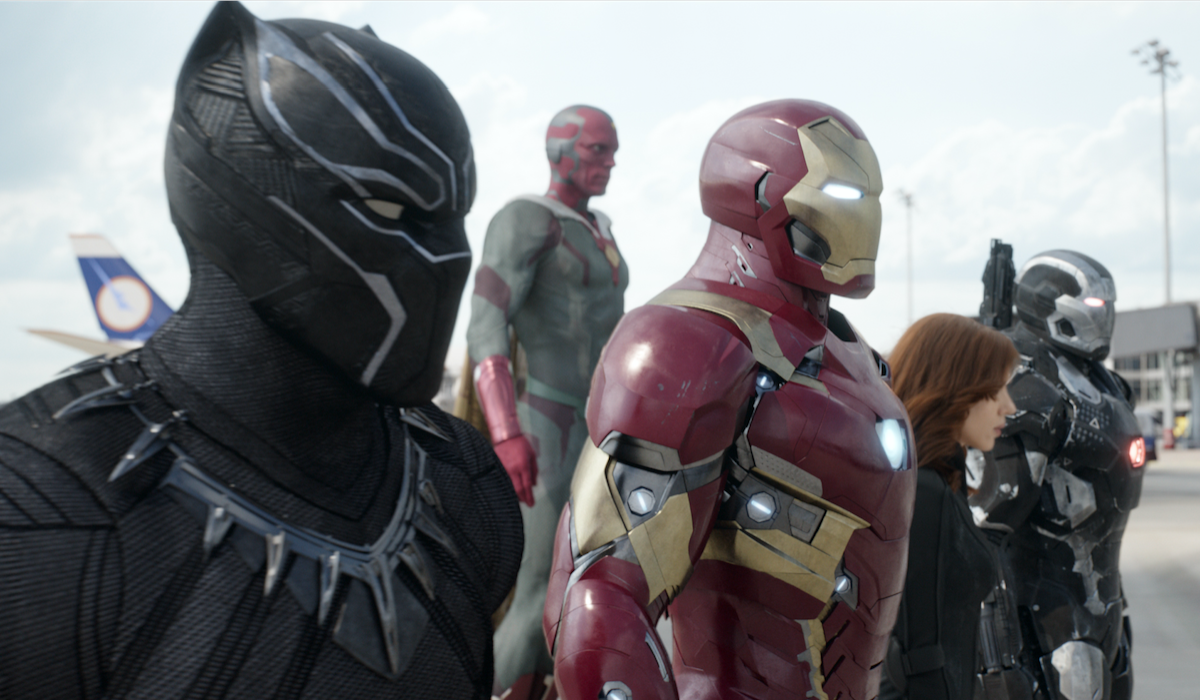 In Black Panther, T’Challa will return home to Wakanda and reestablish control as its new king. Hopefully, we spend as much time as possible exploring this new, hidden world and all of its creative, advanced technology. Rumor has it that the Soul Stone resides in Wakanda, which may explain the kingdom’s importance in Infinity War. Hopefully, after this current phase of MCU films ends, we will get to revisit Black Panther and Wakanda for future installments of his own series.

The upcoming release of Black Panther sheds light on an important fact about fictional characters: that representation matters a great deal, especially to younger audiences. It can be a powerful experience to see a positive, exciting role model on screen. For many, Black Panther will be the first (or at least, the most prominent) Black superhero to get his own film. One only needs to look at this touching video for proof that even something as simple as a movie poster can feel very empowering. Charities nationwide are raising money to send students from underprivileged neighborhoods and school districts to see the film. This film looks like it will be a joy to watch, but its impact will reach much farther than just being another great Marvel movie.

A king will rise! Are you excited for Black Panther? What would you like to see in its sequels? And what was your favorite run of the comics? Sound off in the comments or send us your thoughts on Facebook or Twitter!