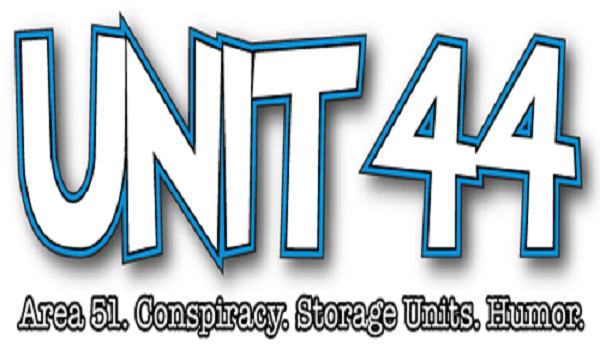 Unit 44 by Wes Locher and Eduardo Jimenez takes a look into the conspiracy theories surrounding the mysterious Area 51 in the United States. Area 51, for those that don’t know, supposedly houses aliens and alien technology detained by the US government.

The premise is simple. The odd couple team of Gibson and Hatch are two Area 51 government agents who were in charge of paying the storage unit bill where the excess items from Area 51 were stored. They flubbed up their job and caused an intergalactic incident, which left the two hapless agents as the only ones able to clean up their own mess and not get Earth destroyed. These two characters are great. Gibson is the scrawny slacker agent, while Hatch is his by-the-books, serious partner. A classic buddy-cop duo, of course.

Essentially, the two have to track down the people that bought the storage unit at a public auction. When they fail to bring in the items, their boss, Ballard, shares the history of one particular dangerous item, a crystal. When the alien Snahkuhn finds out that Ballard lost the crystal, well, it’s not good as he and his alien cohorts arrive to invade. As the invasion begins, Hatch and Gibson are sent to once again retrieve the crystal from Albright and his minion while Ballard and the rest of the agents held off the Freedahken. Chaos ensues. 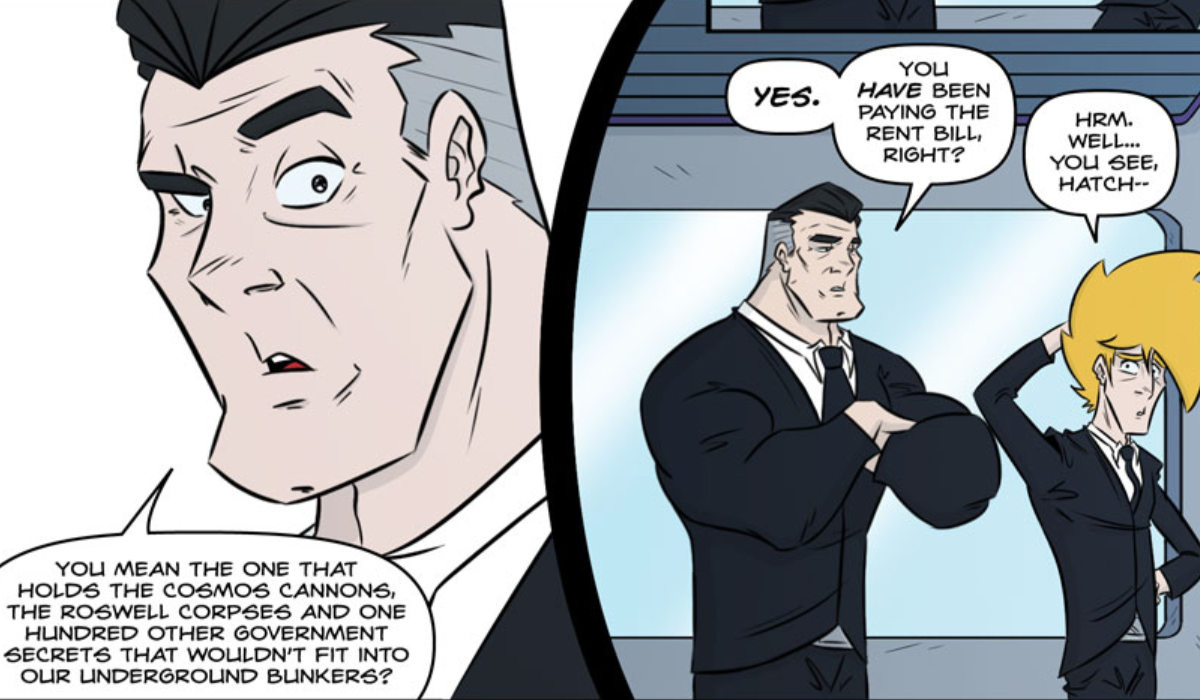 Unit 44 was a decent, buddy-cop adventure story. It was funny at parts, especially with Snahkuhn’s obsessiveness with Ballard and Albright (he acted like a jilted lover by the end). I especially liked the sucker punch scene during the invasion, where there are a lot of characters going around to get the crystal. The alien invasion was nicely done as well and the flashbacks in it also added great value to the narrative.

My one issue with Unit 44 is with the handling of the comic’s characters. The characters, generally, are not fleshed out enough, with the alien being the one that I remember the most. The characters are mostly archetypes: a disapproving boss, the disenchanted former agent(s), the serious/slacker agent team-up, etc.  The serious agent of the duo is so cliché it hurts.  The slacker agent of the duo is the cause of all the problems of the story.  If Locher and Jimenez produce a follow-up, I would like to see more character development in the story, especially for its primary characters.

The one character who I thoroughly enjoyed was the alien who led the invasion, Snahkuhn.  I thought he was appropriately funny at some times and terrifying at others. I would like see more about him and his kind in any future issues.

The artwork matched the toned of the story–not too realistic but enough comic-style that it was not too cartoon-y.  Still, I think that the art could adopt a more realistic art style just a little, though I think as time goes on the art will get better.  After all, practice makes perfect.

Other than that a few minor nitpicks of mine, Unit 44 is an enjoyable, all-ages story for the average sci-fi or alien fan. Check it out here and tell us what you think on Facebook or Twitter!