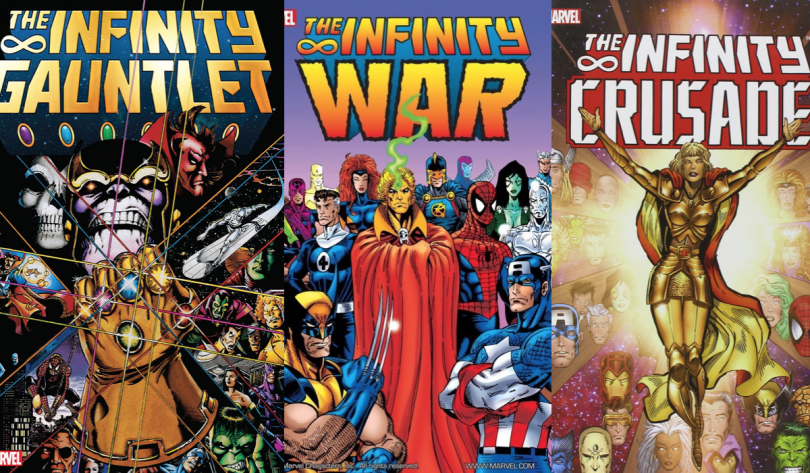 As we inch closer and closer to the release of Avengers: Infinity War, it is always a great idea to take a look back on the MCU’s comic book source material. Marvel Comics, after all, has decades of stories to form the basis for the entirety of their cinematic universe. Avengers: Infinity War is definitely a homage to Jim Starlin‘s “The Infinity Gauntlet”, “The Infinity War”, and “The Infinity Crusade” crossover events from 1991-1993. Each crossover event had a six-issue, monthly limited run. I will talk a little about each event and what parts we can see have inspired certain things in the MCU. There are also notable differences in which characters are involved, but we all know why the X-Men and the Fantastic Four (and some other related characters) cannot yet be in the MCU.

Even though these events are from 26 years ago, if you have not read them, SPOILERS AHEAD! 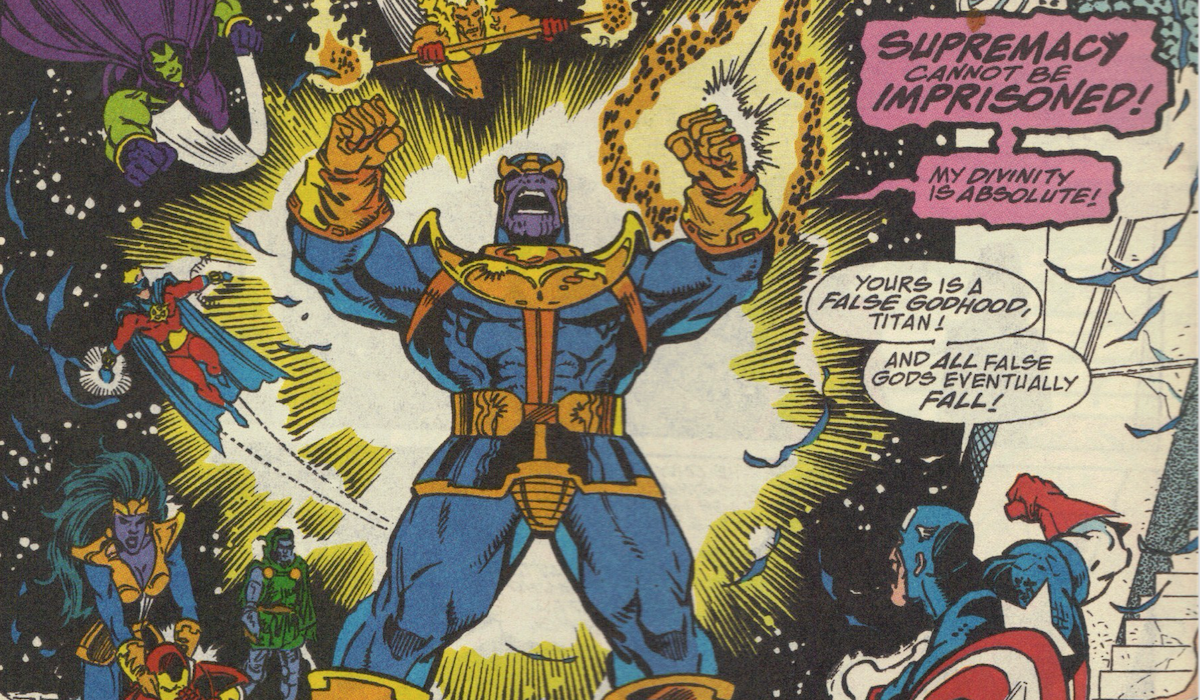 “The Infinity Gauntlet” event was built from Starlin‘s run on Silver Surfer (1990) and a two-issue limited series “Thanos Quest.” In Silver Surfer, Thanos was resurrected by the Marvel character Death. For fans of Deadpool, we all know that Death has a thing for insane men like Deadpool and Thanos. In return for his life, Thanos promised Death that he would kill half of the universe’s population. However, Thanos’ real goal was to obtain the Infinity Gems, six cosmic jewels that when used together grant one omnipotence. “Thanos Quest” had Thanos collecting the gems from the Elders of the Universe (Grandmaster, The Collector, Runner, Champion of the Universe, the Gardener, and the In-Betweener). However, despite his accomplishments, Death rejects Thanos.

Meanwhile, Silver Surfer discovers that Thanos was alive and confronts the Man Titan, only to be trapped in the Soul Gem. Eventually, he escapes and crashes to Earth to warn Doctor Strange of Thanos’ revival. Unfortunately, the Silver Surfer was too late, as Thanos wipes out half of the universe’s population with a snap of his fingers, hoping that Death will find him worthy. People begin completely disappearing all over Earth, the Kree Empire, the Skrull Empire and so on. The remaining heroes rally to fix things. After plenty of fighting and Thanos crushing everyone who tries to stop him, his tortured daughter, Nebula, steals the gems from Thanos but finds them to be too powerful. Eventually, Adam Warlock takes control of the Infinity Gems within their titular gauntlet. 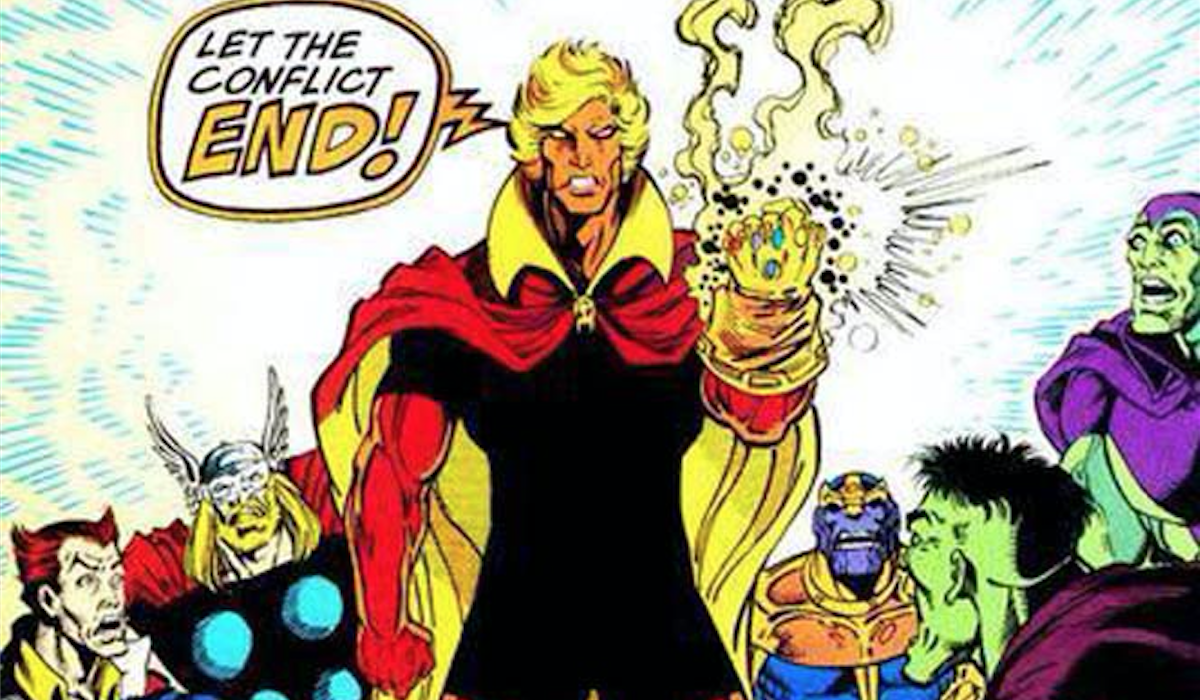 A big part of this storyline is Adam Warlock, who rallies the heroes against Thanos and later Nebula (so, here’s hoping that she is going to be important in the MCU version). Adam Warlock was only introduced in an end-credit scene in Guardians of the Galaxy Vol. 2. We don’t know if he is going to be key in Thanos’ defeat in Avengers: Infinity War, but there’s high possibility that he will be out flying around sooner than later.

“The Infinity Gauntlet” is steeped in Marvel Universe myths and lore, from its inclusion of the Elders of the Universe, the Titans, to Infinity Gems and Cosmic Cubes. There’s no doubt that the MCU intends for Avengers: Infinity War to launch the Cosmic MCU (off the backs of GoTG and Thor: Ragnarok), opening up the MCU to larger stories not yet told. 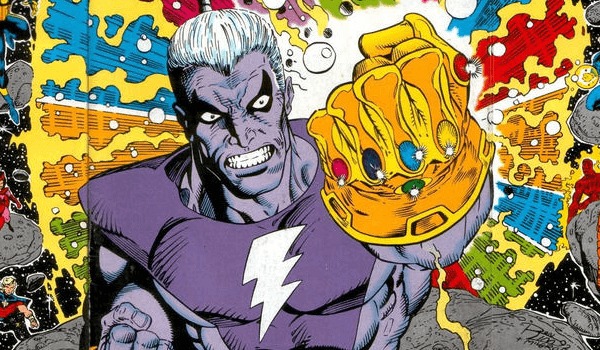 “The Infinity War” is a direct sequel to “The Infinity Gauntlet”. With Adam Warlock now in possession of the Infinity Gems and gauntlet, he he decides to expel the good and bad parts of himself to become a completely logical being. However, this brought back his evil persona, the Magus, who wants revenge against Thanos and Warlock. While Warlock shares the Gems with his teammates (including Gamora from GoTG), Magus collects the Cosmic Cubes and incapacitates the cosmic entity Eternity. With this new universal power, Magus creates an interdimensional army of evil copies of Earth’s superheroes. Don’t you just love comic books and their crazy storylines?

Anyway, after some battles between the heroes and their evil copies, the conflict boils down to a free for all brawl with heroes and villains alike (like Dr. Doom, Thanos, and Kang the Conqueror, who want the Cosmic Cubes for themselves) attempting to stop Magus. Magus is defeated and trapped by the Soul Gem, which causes Warlock to go into a coma. Then, PLOT TWIST! It is revealed that Thanos has been secretly in possession of the Reality Stone since “The Infinity Gauntlet” which meant that Warlock (and by extension Magus) had never wielded the complete set of Gems.

It is kind of disappointing that we won’t yet get to see Dr. Doom and Kang in the MCU, but I still suspect reality and time craziness from Avengers: Infinity War. Whenever Adam Warlock properly shows up in the MCU, it could be set up for his alter-ego to be the next big bad of the MCU after Thanos is defeated. After all, the “Infinity” trilogy is really about the rise, fall, and redemption of Adam Warlock, especially since in the final pages of this event, we see that Warlock’s good side, The Goddess, took the Cosmic Cubes for herself during all the fighting, setting up the final event “The Infinity Crusade”. 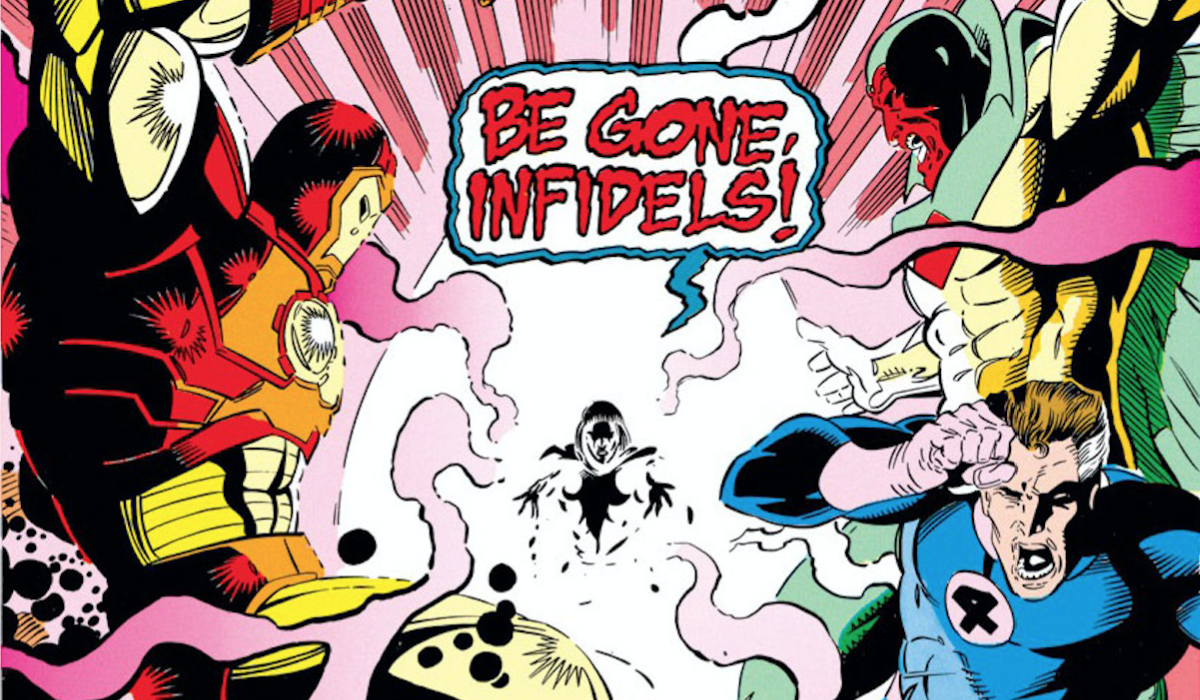 Lastly, we have “The Infinity Crusade” (the only one I have not actually read). We rejoin the good part of Warlock, the Goddess, in possession of the five Cosmic Cubes that Magus had collected. Between events, she has amassed thirty of these cubes which are enough to create a Cosmic Egg, which can fulfill ones wishes. The Goddess creates a planet called Paradise Omega and brainwashes several of Earth’s heroes to become her army there. Interestingly, all the heroes that were taken were either religious, mystical or had a near-death experience. Mr. Fantastic, Iron Man, and Vision investigate the disappearance of their allies, only to discover Paradise Omega and the Goddess. Thanos and Adam Warlock join the fight after the Goddess views them as threats to her power and attacks them in space. After another epic battle, the heroes, Thanos, and Warlock manage to defeat the Goddess and trap her in the Soul Gem along with Magus.

The moral of the story that no matter how good or evil one is, absolute power corrupts absolutely. I think that this would be a great theme to explore in the MCU. Various films have already touched upon it in one way or another, like Iron Man and Captain America: The Winter Soldier.

These three events had a long-standing influence on events that came after, especially when other writers revisited Thanos and the Infinity Gems in comics, cartoons and movies. Jim Starlin created a wholly cosmic Marvel story featuring dozens heroes and villains. From what we know, Avengers: Infinity War will be a loose adaptation of the first two events. We know that Thanos will be coming to Earth to collect the Infinity Gems (called Infinity Stones in the MCU) that are located there, along with the ones located on Xandar, Knowhere, and with the Asgardian ship. We still do not know the location the Soul Stone – the most powerful stone – so maybe Thanos already has it?

Cosmic Cubes and Cosmic Eggs have not been discussed yet in the MCU, so they might be brought in later on. The same can be said for the Elders of the Universe (though we have already sort of seen three Elders/Celestials: the Collector, the Grandmaster, and Ego the Living Planet) Maybe even Death will make an appearance or their role could be combined with that of Hela from Thor: Ragnarok. 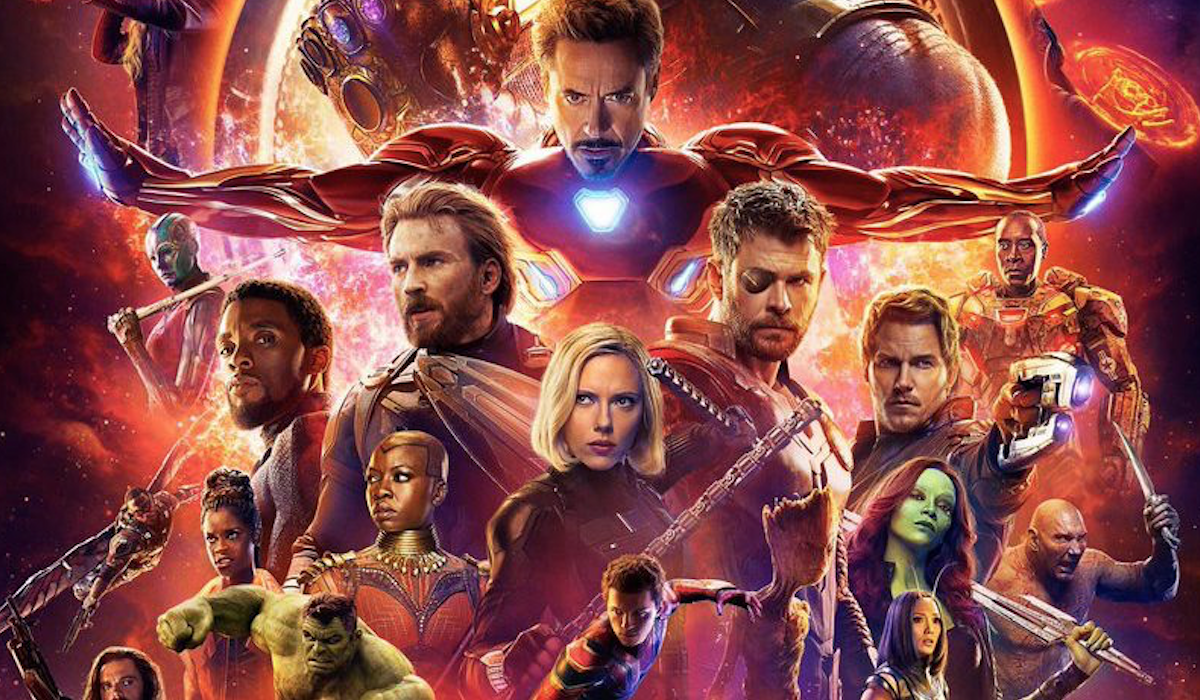 The scale of the “Infinity” trilogy will definitely be copied in Avengers: Infinity War. I think it is harder to manage so many characters on screen than it is to do so in comics. Limited series and crossover events always have tie-in comics to give everyone some time in the spotlight and it is harder to do that in a movie, even two. I suspect that Iron Man, Captain America, Black Panther, and Dr. Strange will take the lead in the movie, but who knows? We will all have to wait and see.

Have you read any of the comic “Infinity” events? What parts do you want added to the MCU?  How do you think the MCU has incorporated its comic book sources? Sound off in the comments or send us your thoughts on Facebook or Twitter!