Wakanda forever! Black Panther is rapidly on its way to become one of the most successful films (comics-based or otherwise) in recent history, and if you’ve already seen the movie then you probably know why. If you have not seen it yet, then WHAT ARE YOU WAITING FOR? Seriously, stop reading right now, thoughtfully bookmark this article and go to your nearest theatre and see it – preferably with an abundance of popcorn. Trust me.

All jokes aside, this film truly is a masterpiece of the superhero genre. There are just so many things that it does right and full credit goes to the entire cast and crew for making something that will continue to be daring and relevant for years to come. Black Panther has a lot of the hallmarks of any great Marvel Cinematic Universe movie, like awesome costumes and epic fight scenes, but it’s also got a lot of things that proudly set the film apart. Here are six ways, in no particular order, that I believe Black Panther stands out from other films in the MCU:

6. The Black Panther Has Some Serious Responsibilities 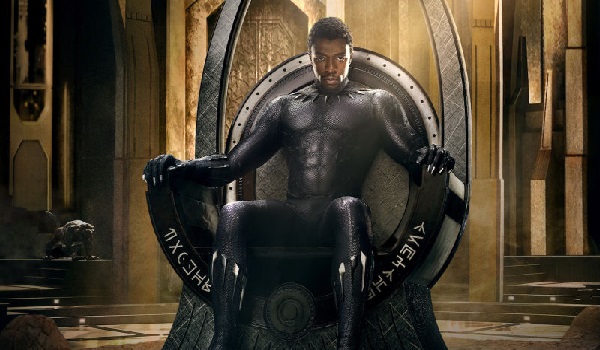 T’Challa is unique from other heroes in the MCU because of the sheer scope of his responsibilities. He rules an entire kingdom, and his powers, gained during an ascension ceremony, are essentially his crown. He’s only a superhero because he is the king and you better believe the citizens of Wakanda take that seriously. Every decision that T’Challa makes as the Black Panther is not just for him, but also for the future of an entire nation of people.

Let’s face it, most Marvel heroes so far have been kind of similar. Tony Stark, Peter Quill, Doctor Strange, Thor – they have all started off as a certain personality type. They use their powers for good, but usually with a lot of swagger and bravado that, while amusing, is not always necessary. They are also marked by pretty selfish behavior, only to redeem themselves at some opportune time later on.

Captain America is the only major MCU hero that doesn’t really fit in that box, and in that regard, he is probably the closest to T’Challa. Still, it is important to note that as deeply as Steve Rogers loves his country, his decisions as Captain America do not affect all of its people or carry the collective weight of their aspirations the way T’Challa’s do as the Black Panther. Captain America was a symbol of hope for America in World War Two, but the Black Panther is Wakanda’s literal first line of defence. 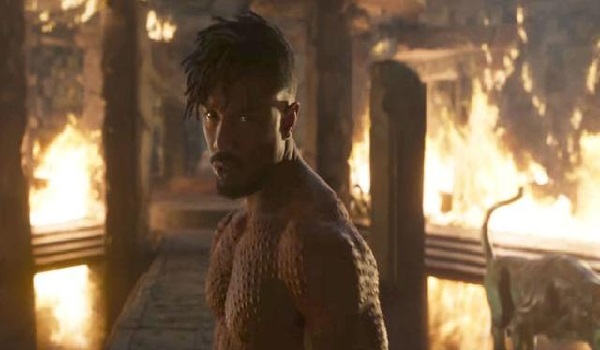 I’ve loved Marvel movies for a long, long time, but most of their villains have been forgettable and hard to relate to. A great villain is one that shows you a brief, terrifying reflection of your own dark nature; they personify something you feel you may yourself only be a few degrees of separation from becoming.

Now, call me crazy, but it’s a bit hard to relate to, say, an army of invading space aliens or an intergalactic conqueror or even a secretly evil CEO. Maybe I am just being harsh, but up until now I have only ever seen one MCU villain as being any good, and it is obviously Tom Hiddleston‘s brilliant portrayal of Loki. I would also put David Tennant‘s portrayal of Kilgrave*** up there… but that’s Netflix’s corner of the MCU, not the films themselves.

Even so, I don’t really get why Loki is so motivated to destroy the family that took him in. Killmonger, however? It’s all there. I understand exactly why he’s so angry at Wakanda, why he’s so mad at the whole world, and I even find (dare I say it) some nobility in his cause. He wants to liberate oppressed people of colour around the world and – though I do not condone his methods – as someone whose people were once colonised, I can definitely get behind the cause. As a matter of fact, Killmonger’s ideals of bringing Wakandan empowerment to the world are so relatable that he even causes T’Challa to rethink Wakanda’s traditionally isolationist foreign policy by the end of the film.

*** If you’d like to hear more of my thoughts on how brilliant Kilgrave was as a villain, check out PodCapers Episode 53, where Scott and I discuss Season 2 of Jessica Jones!

4. The Plot is Pretty Deep

Most superhero movies, be they Marvel or DC, tend to be fairly simple, conceptually speaking. Generally, they feature a pretty straightforward battle between good and evil, where the good guys want to save the day and the bad guys want to take over everything. The lines are always very clearly defined.

Now, I will give credit where credit is due, the MCU has been trying to make some strides in this area. Captain America: Civil War definitely gave viewers something to chew on intellectually with its themes of individual justice versus oversight and accountability. Black Panther picks up the ball and takes it even further by giving us a rich, complex storyline with a deeply compelling villain (see above).

There are many parallels to be drawn between Wakanda and America, particularly the ever-present struggle between isolationism and globalism. W’kabi makes a brilliantly relevant statement during his conversation with T’Challa when he remarks that opening yourself up to the world also means inheriting its problems. No matter what side of the aisle you fall on ideologically, W’kabi’s point is deeply thoughtful. There are moments like this throughout the movie where you could easily hit “pause” and  unpack the full weight of what was just said. 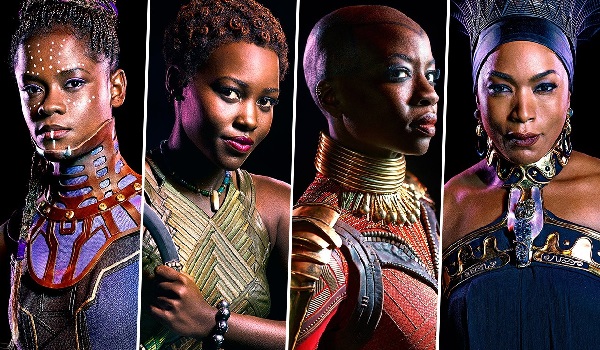 By now, there have been countless articles and essays published about just how fierce and inspirational the women of Wakanda are (including this one by us), but they still bear mentioning. I am not saying Marvel has not had some capable, badass women in the past, but they have been few and far between. Additionally, nearly all of them have also been sexualized at some point, usually as their point of introduction (think Natasha Romanoff in Iron Man 2). They also tend to serve primarily as side characters instead of being central to the action. This is not the case in Wakanda.

To those who have already seen the film, I ask you to think about it: aside from T’Challa and Killmonger, who else would you say is central to the movie? It would almost certainly have to be Nakia, Okoye, and Shuri. We meet the first two during a fight scene where each of them holds their own and needs zero assistance, and we meet Shuri in her lab where she is creating the state-of-the-art technology that gives the Black Panther (and all of Wakanda) such an edge.

In Wakanda, the women are strong, capable, and independent. Furthermore, they are absolutely beautiful and fierce without ever being objectified or pointlessly sexualized. They are not here just to play second fiddle to some man – they are the backbone of society. I found it especially poignant when W’Kabi and his men surrender to Okoye and the rest of the all-female Dora Milaje after the final battle. Finally, both Okoye and Nakia have love interests that, while part of the plot, are basically mentioned in passing. It’s refreshing to see that love stories are by no means what define either of these incredible women.

2. The Research was Thorough and Thoughtful 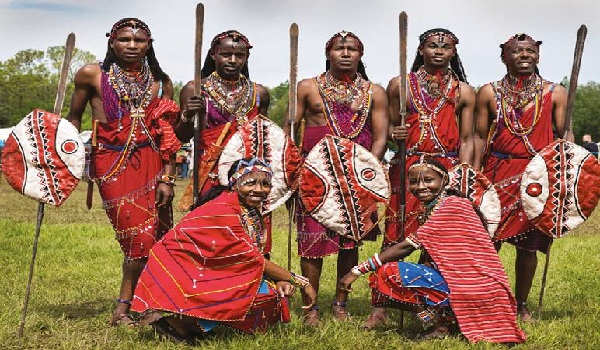 The Maasai warrior tribe was a major source of inspiration for the design team.

Simply put, there is not enough praise in the world that can be heaped upon director Ryan Coogler and his entire crew for the great job they did with the research for this film. Save for a few minor criticisms here and there, Black Panther has been universally praised for truly digging into Africa’s rich array of cultures, fashions, languages, and settings in order to create a complex Wakanda that we would all like to visit.

Key members of the design and costume teams (led by Hannah Beachler and Ruth E. Carter respectively) took multiple trips throughout Africa, gleaning inspiration from some of the most prominent tribes of the region to come up with the aesthetic for the five major tribes of Wakanda. The costumes, the hairstyles, the jewelry, the body paint/modifications and more all have some basis in existing African cultures. Even the language spoken in Wakanda is a real African language with historical significance. Xhosa, which is an officially recognized language in South Africa, was most famously spoken by the late South African president and freedom fighter Nelson Mandela.

All of this leads me to my last, and possibly most important reason that Black Panther stands out from every other MCU movie… 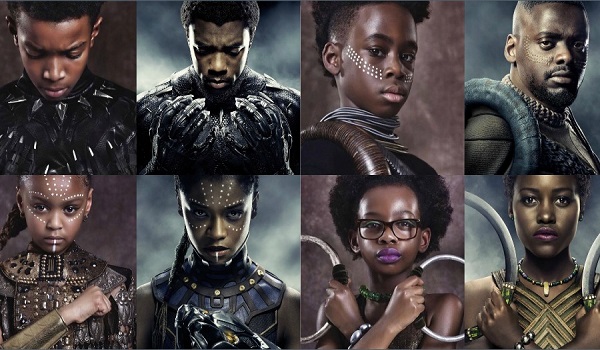 Honestly, seeing a superhero of color on screen gets me genuinely choked up every time I think about it. I remember looking at the landscape of superheroes as a little kid and noticing that few (if any) were not white. I remember what it felt like, at 10 years old, to wish that I could look more like the heroes I admired, along with the sadness and confusion when I realized I never would.

I also remember what it was like to grow up abroad as the child of a “third-world” country. Western portrayals of these parts of the world tend to either exoticize them to the point of fetishism or engage in what I, and others, would call “poverty porn.” In the case of the former, the stories are almost always set in the past, and with the latter, we only see images showing the worst aspects of life in a given place, as if people in these parts of the world could not possibly have anything to be proud of in present times. I am not exaggerating when I say that I have met people who were genuinely surprised to learn that there are modern, urban cities in Africa.

Movies like Black Panther matter because they combat decades of horrible and/or downright lazy representation of non-white, non-Christian, non-hegemonic parts of the world. They matter because it is important for the world to see people of color in a different light: as kings, as heroes, as innovators. They matter because when I have children someday, they will inherit a world where they will not struggle to see themselves as worthy of being super.

What are some of the reasons you loved (or hated) it? How did you feel when watching the film? What would you want to see in a Black Panther sequel? Sound off in the comments or send us your thoughts on Facebook or Twitter!