It was announced about a year ago that Warner Bros. was planning to launch a DC Comics-centric streaming service. Just a few days ago, WB and DC debuted their new website (or a new webpage on the DC Comics website, but whatever). Find it here, if you like, but I wouldn’t bother because I’ll just tell you everything on it! Basically, it promises that something awesome and immersive is coming for DC fans and features a bunch of logos. Supposedly, the service is set to launch later this year (2018) with the premiere of its first show, Titans.

Here’s what we know so far about DC’s new streaming service and what content it will feature:

The long-awaited and probably ill-fated Titans live-action TV show will premiere on the DC Universe streaming service later this year. For anyone invested in seeing a live-action Titans show, I wouldn’t hold your breath that this one will be any good. Casting was iffy at best and the costume designs are completely flawed. Only the WB executives know what the plot will be, but it will probably rip off the popular and missed Teen Titans animated series (as I wish Teen Titans GO didn’t exist) and not pull anything off well. Needless to say, I am not optimistic. 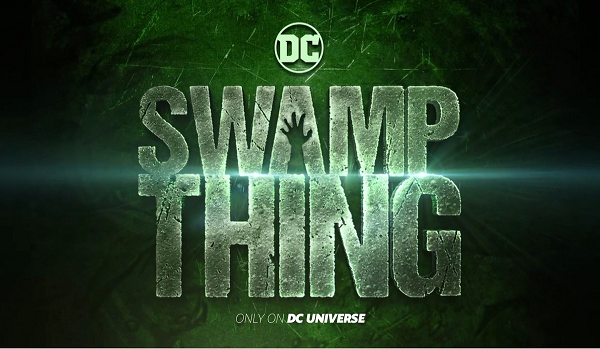 So, apparently, there is going be a Swamp Thing live-action series coming out in 2019. This was a surprise for me to see among the logos of the shows that I knew were on their way. However, I’m not sure how this one is going to work. Will they mimic the popularity of The Shape of Water to make a live-action sympathetic creature work? Honestly, Swamp Thing would be better off animated; live-action just wouldn’t work out well.

This long-awaited third season of the fan-favorite cartoon Young Justice is the only show that I am looking forward to watching (of course now, I have to find a friend who will get the streaming service because I’m not getting another streaming service for just one show). We know that all our favorites will be back in this season, including Spoiler, Blue Beetle, Damian Wayne’s Robin, Traci 13, Arrowette, Static, Bart Allen’s Kid Flash, Beast Boy, and real Roy Harper as Arsenal (while assuming that clone Roy is still Red Arrow). We still don’t know much, but I remain hoping for an adaptation of the “Under the Red Hood” storyline.

Lastly, there will be an Harley Quinn R-Rated animated series, clearly feeding off Harley’s popularity bump since 2016’s Suicide Squad. As far as this premise goes, if it were done well, then it’s all fine with me. However, DC and WB have consistently failed with the character in past projects. Now, if they were to do a Gotham City Sirens TV show instead of a movie, I would totally watch that. Harley Quinn works best when she has characters to feed off of. As a solo character, she often falls flat.

What We Really Want

For anyone old enough to remember, there was a short-lived Birds of Prey TV show on the WB that ran for 13 episodes in 2002-2003. The superhero group is made up of awesome female heroes like Oracle (or Batgirl, or both), Black Canary, Huntress and others (like Katana, Catwoman, Lady Blackhawk, Big Barda etc.). I would enjoy another shot at these female heroes, perhaps adapting one of the better known storylines from the Gail Simone era. DC and WB need to ride the success of Wonder Woman, although I think it might be too late for that (thanks Justice League…)

I know there is a DCEU movie nebulously in production, but given the track record of the other DCEU films, I would not count on this being any good. I also know that there was a Justice League Dark animated movie which was received well enough. Still, I believe that this incarnation should be animated and not live-action, simply due to the amount of magic and special effects the show would need. They could even use the animated movie as the pilot and move forward from there.

Again, I am aware that a live-action movie is in the works, but honestly, they should make this one animated too. It could be a sister-series to the Harley Quinn animated series, with Catwoman, Poison Ivy and Harley Quinn running amok. They could easily clash with the Birds of Prey or various members of the extended Batfamily. This would be a brilliant way to establish some connective tissue between the animated DC streaming shows.

My one hope that this streaming service will include the older animated shows and movies as well. I would even consider buying the streaming service myself if they made available to stream all the DCAU shows and movies (the DC Animated Universe by Paul Dini and Bruce Timm, for those unfamiliar with our little nerd acronym.) You would be surprised at how hard it is to find my two favorites, Batman Beyond or Static Shock, streaming anywhere online.

My big question for WB is how they plan to sell the DC streaming service to people? There are already Netflix, Hulu, Amazon Prime, Youtube Red, not to mention Crunchyroll (for anime fans), and Disney is also going to start their own streaming service in mid-2019. It’s a tough market out there for streaming services because most people can’t afford or simply won’t pay to have all of them.  With DC’s failures in live-action films (even though the Arrowverse is the best thing that DC’s got going, it’s really only average at best) and its hit-or-miss comic runs and animated shows and movies, should they even bother to sell disenchanted fans another streaming service?

What do you think?  Are you looking forward to the DC Universe streaming service?  Or do you think that it’s a waste of time and resources?  Sound off in the comments or send us your thoughts on Facebook or Twitter!