Home » Rom-Coms, Boxing, and… Adam Sandler? A Conversation with Tony McDougall, creator of No Romance 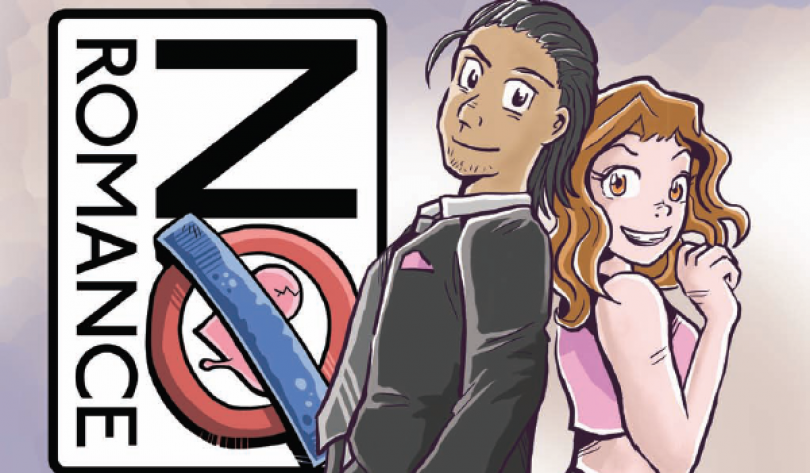 After reading and reviewing the comic book rom-com No Romance (insert shameless plug here), I had hoped to chat with its creator Tony McDougall. I then remembered that interviewing comic creators was part of my job description here at AP2HYC- what a stroke of luck! I thoroughly enjoyed my conversation with McDougall, as I asked him about his writing process, his take on the rom-com genre, and what he plans to do next. You can find No Romance in its entirety on Amazon and Comixology. But without further ado, onto the interview!

AP2HYC: What drew you to writing a romantic comedy?

Tony McDougall: When I wrote No Romance I was in a totally different place in my life to where I am now. I’m happily married now, but back then I and the majority of my friends were single. Two friends and I, in particular, would go on a lot of dates and we would invariably meet for drinks and share our stories about how things were going. We’d come up with crazy theories about dating and have funny stories to tell. We were really over analysing everything, but often in a humorous way. Anyway, I thought our experiences would be the basis for a great story. So I got writing and the rest is history as they say.

AP2HYC: I have to ask, what are some of you favorite romantic comedies? In film, television, theater, literature, etc.

McDougall: It’s funny even though I’ve written No Romance, I wouldn’t call myself a huge fan of the genre. I really considered it more of a semi-autobiographical work. It was really a way of talking about my dating experiences and getting some things off my chest. Having said that. I do have a real soft spot for The Wedding Singer, starring Adam Sandler. It has some really silly jokes, but it always cracks me up. I also really like 500 Days of Summer. That film really did something different in the genre in my opinion.

AP2HYC: Even though most feature male protagonists, at the very least as part of a lead couple, the rom-com is still widely considered a feminine genre. Why do you think this is the case, or do you disagree?

McDougall: I guess this is one of those ‘chicken and the egg’ scenarios. I don’t know if rom-coms are marketed to women and therefore have become a genre that appeals to women or if because women are interested in the genre that they are marketed to them. When writing No Romance I did really want to flip the genre on its head somewhat. I hope the book has a huge varied audience, however, it was essentially me being honest about my experiences. So I would hope it would appeal to guys who are in a similar position to me at the point in time I wrote it. That may be a hard sale. I guess we’ll see over time. 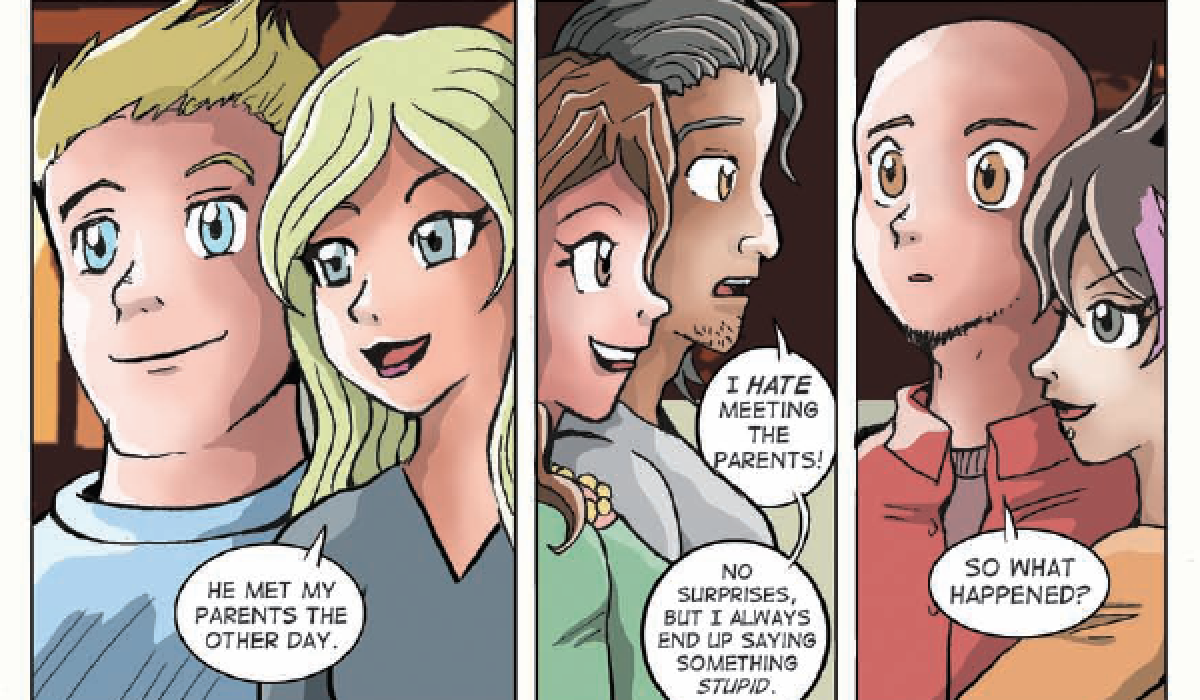 AP2HYC: I found No Romance to be thankfully unique in a genre that often relies heavily on familiar tropes. What was your writing process like as you looked to add to an already overstuffed genre?

McDougall: I guess like I’ve alluded to what you see is what was going on in my life. I would meet my friends for drinks and we would often discuss our love lives. So I took the best stories, merged them and over exaggerated certain things for dramatic and comedic effect. I also really analysed the genre and the way love was portrayed in rom coms and in general in the media and noticed there was this tendency to portray love as an ultimate goal. Often the ‘happy ever after ending’ is presented as a prize for the protagonists and I get that, but I wanted this to feel more real. A lot of us date and we hope there is a happy ending, but it also just becomes part of our lives. Most romantic relationships don’t end well and I really wanted to address that and show that is part of normal life for most of us.

AP2HYC: Did you always envision the story to last five issues? Or, at the very least, to follow a set “rise and fall” trend of relationships?

McDougall: Yes, very much so. I told you how I used to come up with crazy theories about dating with my friends earlier. Well, the structure of the series was based on one of them. As I said the majority of our relationships don’t end well, so I noticed there was a kind of pattern to them. I won’t go into too much detail as I don’t want to spoil anything, but this was another way I wanted to do something a bit more unique and real.

AP2HYC: For a romantic comedy, there are plenty of serious, dramatic moments in No Romance, most notably for me in the violent escalation of Jon and Helena’s relationship. How did you balance the lighthearted and fun side of intimacy with its vulnerable and difficult moments?

McDougall: I think Rhoda [Villegas]’s art really helps. She has great comedic tendencies and even put in a lot of visual gags I hadn’t written into the script. Also, I wanted to merge these things. It was really important to me that you could read No Romance as a light-hearted funny read or take a lot of deeper meaning from it. I guess it comes back to its origins of some friends having a few drinks and talking about dating and love, which are pretty serious topics. However, when you talk about these things with friends, you often find a way to have a laugh about it and I wanted to be able to share the jokes and the serious conversations with a wider audience. 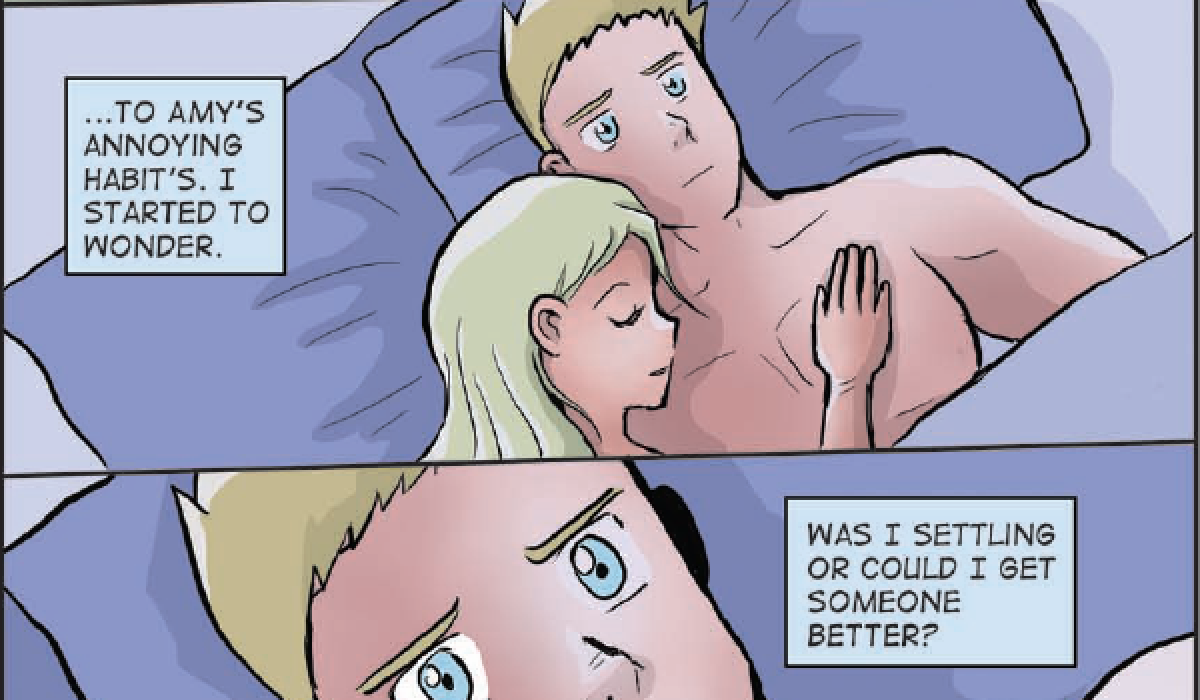 AP2HYC: You had to set up our three main characters (and then their three love interests) within the first issue for your readers to be invested in their journeys. What do you prioritize in character development?

McDougall: Giving each character their own distinctive voice. I’d hope by the end of the first issue, readers would know the characters pretty well and know what to expect from them to an extent. I think this is one of the hardest things about writing. You need the vast majority of characters to speak in a voice that is different to your own as they are not you. I tend to write very long character bios before I write a script that goes into a lot of detail about their past and events that have moulded them. I think also being in a job where I am around people helps as I interact with all sorts of people and as I see certain personality traits that are different to my own. I’m sure this is the case for most people, but as a writer, I tend to give a lot of thought to particular quirks people may have and why they have them.

AP2HYC: What do you appreciate about writing comics books as opposed to other forms of writing?

McDougall: Firstly, and most importantly comics is the medium I love above all others. It’s the one I want to be a part of. I think a thing that comics do better than other mediums is capturing the moment. I tend to write a lot of reactional shots as you can capture it just right, especially if you have an artist as talented as Rhoda working with you.

AP2HYC: Would you return to the rom-com genre in the future? If you already have some ideas, what might that project look like?

McDougall: It’s funny I’ve joked about doing a really boring follow up to No Romance. I and the other guys that the book is based have all settled down and own homes with significant others, so the sequel could look at things couples in these situations deal with that they get really passionate about but others people don’t, like mortgages and decorating. All joking aside I can see myself touching upon the genre again one day, but I would need something to say, which I don’t have at the moment.

AP2HYC: What are you writing next?

McDougall: I have a series called Hero Killer, which is currently coming out via Markosia. It’s about a serial killer who is stalking the world’s superheroes and focuses on the detective who is tasked with hunting him down. I also have a book called Reality that is currently coming out. That one is about a teenage girl who gains superpowers and uses them to become a celebrity. I will also have a graphic novel coming out later this year called The Fight We Never Saw. This will be an alternative history story about Muhammad Ali and a Cuban boxer called Teofilo Stevenson, who won multiple gold medals at the Olympics while Ali was the Heavyweight champion. I have a few other things bubbling away but it is probably too early to mention them at the moment, but if you want to keep up to date you can follow me on Twitter.