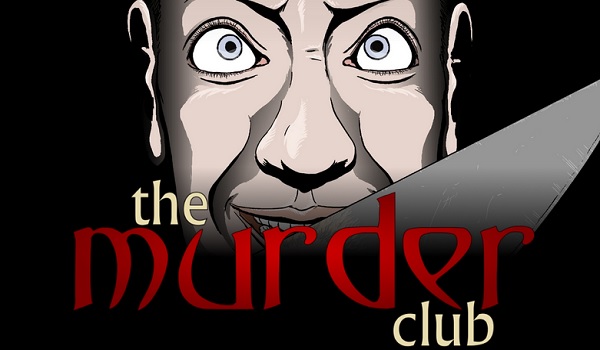 Hedonistic behavior! Chaos! Conspiracies! If you are like yours truly and enjoy these things, then you will certainly enjoy Tony Cooper‘s The Murder Club! We previously reviewed issue one of The Murder Club and now the comic is back on Kickstarter for its second installment. We recently had the chance to talk to Tony about the book and the new campaign, so we have gone ahead and put together this little interview for your reading pleasure. Read on to learn more:

AP2HYC: Could you give our readers a little bit of background on yourself and what you do?

Cooper: Sure. My name is Tony Cooper and I studied medicine at university before deciding to making video games for the next sixteen years instead. In the last few years I’ve embraced my creative side, having written novels and short stories and I now appear to be transitioning into comics, through writing and doing the art for Some Kind of Hero, a tie-in to my superhero novels, and now The Murder Club. Currently I am working freelance as a writer and game/level designer, so hire me!

AP2HYC: For those that are unfamiliar with The Murder Club, can you tell us what it’s all about?

Cooper: The Murder Club is about two teenagers who both realise they are psychopaths and plot to kill people and then frame others for the murder so they get away with it. They are both highly intelligent and utterly bored and think that this will be a great way to challenge themselves! Well, at least Tom does. Lisa requires some convincing, and can never be sure how far she can trust him.

AP2HYC: The Murder Club engages some pretty dark themes. What were some of your inspirations for this?

Cooper: The first major inspiration was Hannibal, the Bryan Fuller series starring Hugh Dancy and Mads Mikkelsen. I loved everything about that series, from the aesthetic to the acting, and the exploration of such a twisted mind. I didn’t want to copy it, or go as far as they went, but it was a huge influence when I had the ideas for this floating around in my head.  The second inspiration came from various manga I’ve read over the years that feature children – specifically Uzumaki and Domu. I was lamenting that you don’t get many Western indie comics with that kind of dark, disturbing psychological aspect to them, and that sort of collided with Hannibal in my head, which then slowly developed into The Murder Club. 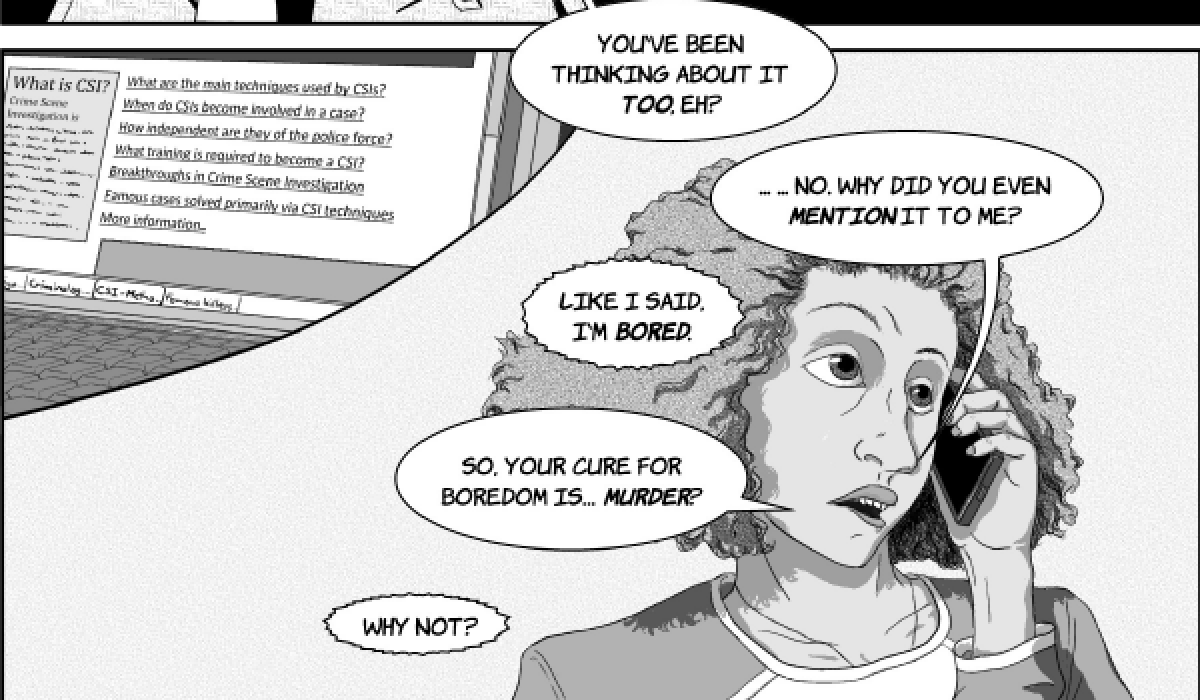 AP2HYC: Does Tom have any real motivations, or is he just a psychopath?

Cooper: Well, if Tom has any motivations, he’s the kind to keep them well hidden and then just drop them on you as a surprise – so I’m going to do the same! But I can tell you that he has been watching Lisa for a while, and he has worked out that not only does she have psychopathic personality disorder like himself, she is potentially malleable because of her upbringing. Tom, naturally, wants to take advantage of this, but exactly how and for what reasons remain to be seen.

AP2HYC: What about Lisa? Is she just impressionable in a very unfortunate way?

>Cooper: The thing to remember about Lisa is that she absolutely isn’t stupid, she is fiercely intelligent. Her issue is she has had an incredibly sheltered life thanks to her overbearing father. She has no friends, and barely any acquaintances her own age, and as a consequence is sometimes naive when it comes to interpersonal relationships, or understanding that other people might have hidden motives. But she can be devious, and has worked out some ways to get around her father if she needs to, however, she remains firmly under his control. I hope to show how she develops and grows as the series progresses, and what Tom’s influence does to her.

AP2HYC: You’ve worked in the video game industry before. Has that had an impact on your work with comic books?

Cooper: It’s made me very organised. I was both a QA team lead and level designer, and in those jobs you have to break down what needs doing for when and manage your workload carefully, as you can’t be late. So I currently have a spreadsheet where I’ve estimated how long it takes to sketch/ink/tone/shade/letter a page, where I log what I’ve done on each page, and have created a burndown chart so I can see if I’m off on my milestones. So yeah, pretty organised.

AP2HYC: What are some of your favorite video games?

Cooper: For me, it’s games with a strong narrative or ones that might not have a textual narrative but evoke a huge sense of place. So, the obvious games such as ICO and Shadow of the Colossus, but I’m also enjoying playing through Oxenfree, Prey (the new one), and uncovering all the side-quests in Skyrim (still!). 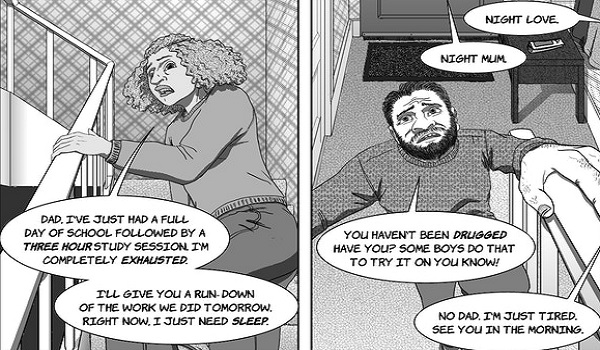 AP2HYC: What are some of the rewards you are offering through the Kickstarter campaign?

Cooper: At the lower tiers it’s all the digital rewards, but for the physical tiers you can of course get a printed copy of Part 2, and Part 1 if you didn’t back that campaign. For higher tiers you can also get print copies of my superhero novels Powerless and Killing Gods, as well as my short story collection The Resurrection Tree and Other Stories and my daft Sci-Fi comedy Higgs & Soap: Galaxy Delivery. I also have a special Comichaus tier where you get all my digital goodies as well as a year’s subscription to the indie streaming service the ComicHaus App.

AP2HYC: What does the future hold for The Murder Club?

Cooper: Well, after nearly a year of writing and art, there will be a small break, but if the book takes off I have plans! I already know what will happen in Volume 2, I’m pretty certain how Volume 3 goes, have plenty ideas for other future stories, and know exactly how the whole series will end. So if people like it, I’ve got plenty lined up for them.

AP2HYC: What are some of your favoorite comics, books and movies?

Cooper: My favourites are the ones that I could quite happily watch/read from the start as soon as I’ve finished. Sadly I don’t have the free time any more to devote to a book, but here’s my non-exhaustive list of somewhat shorter media: Films: Captain America: Winter Soldier, Arrival, X-Men 2, The Incredibles, Perfect Blue, Inception, Black Swan. Television: Marvel’s Agents of Shield, The Blacklist, Blindspot, Legion. Comics: Giant Days, Y: The Last Man, Monstress, The Arrival, Uzumaki.

Are you ready for some fun, murderous- I mean, nefarious action? For more on The Murder Club and to get your very own copy of the first two issues, visit the official Kickstarter campaign and donate!