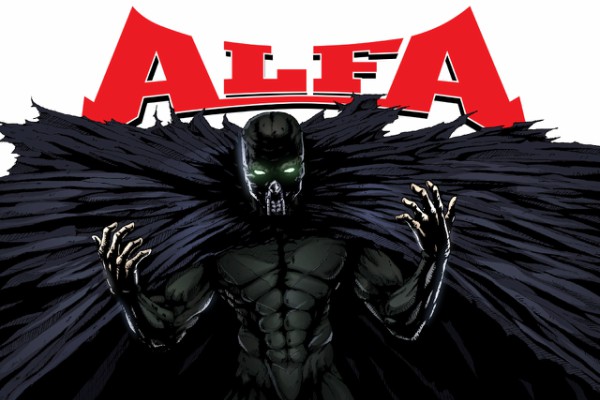 Dutch publishers SouthEast Comics are a new group on the indie comics scene and have recently unveiled their debut tile – ALFA. A superhero comic with an intimate spin on its characters, the first of six issues was released back in February. The comic presents itself as an intriguing fusion of well-worn genres in the superhero field, including secretive government outfits and a heroic team of enhanced individuals forced to battle their own demons, as well as go on routine missions of danger and excitement.

We recently had a chance to sit down with writer and creator of ALFA and SouthEast Comic’s founder Rodney Laibahas, about both ALFA and SouthEast Comics. Laibahas reveals some big plans for the future of ALFA, the comic’s genesis, and how taking those chances in life to pursue your passions can mask any forthcoming fears of going bald…

AP2HYC: What’s the inspiration behind ALFA?

Rodney Laibahas: A small group of friends I used to hang out with back in ’98. We all watched and read everything Marvel Comics related back then, so I often fantasied what if it was us who would go out and have adventures like the X-Men.

AP2HYC: Why did you want to bring this story to life?

Laibahas: I wanted to write a story about topics that adolescents can relate to. I also want to show the reader that family doesn’t always mean blood.

AP2HYC: What might make ALFA unique from other superhero comics?

Laibahas: A lot has already been shown in established comic books over the last few decades. What I bring to the table with my heroes is that they have an emotional feel; they’re not perfect and often struggle with their thoughts and feelings. Besides them all having superpowers, for example, the character named Roo struggles with his mild form of autism. Skyler has father/daughter issues and always tries to get attention and confirmation from men. Eddie is a loner who’s used to doing things on his own.

ALFA isn’t only a superhero team. It’s a team where they are all trying to cope with their short comings. ALFA is a comic book that’s sixty percent a superhero book and around forty percent a book that deals with the characters’ psychological issues. 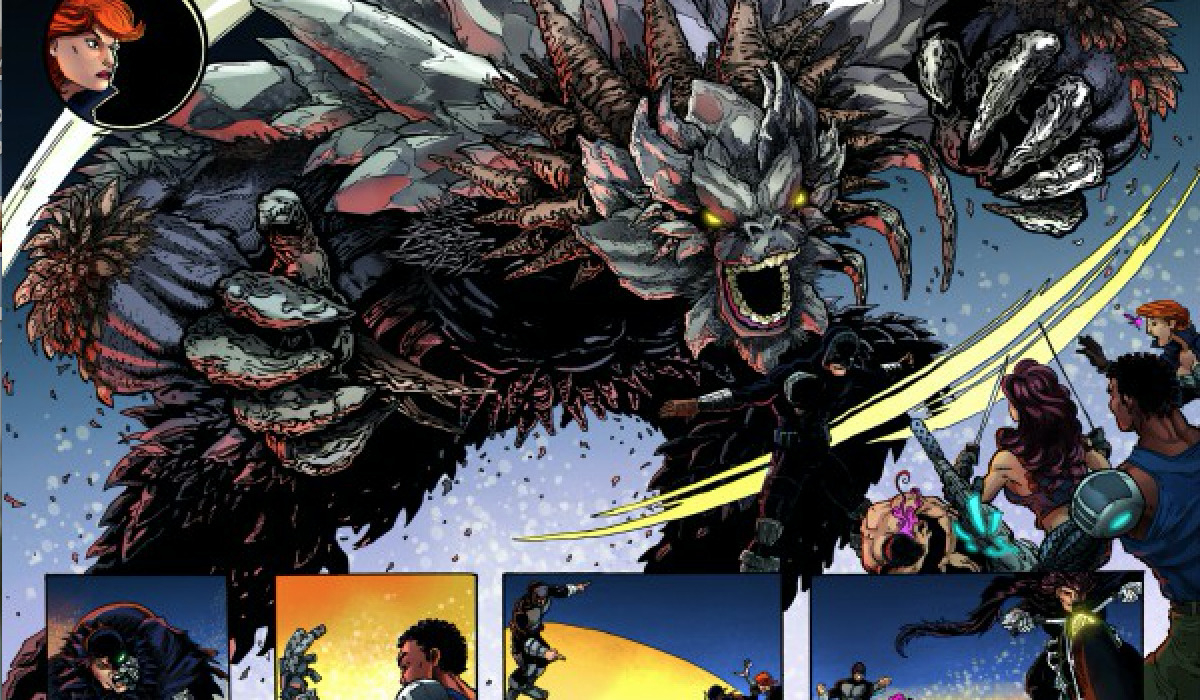 AP2HYC: How did artist Mike Gallagher enter the project?

Laibahas: I know Mike for quite some time now, via social media and I approached him to see if he was interested in working on a superhero project I had. Luckily, he said yes. I couldn’t be happier to working with him on this.

AP2HYC: What might you say is it that Mike brings to ALFA, visually?

Laibahas: Mike’s work is traditional and he comes up with creative panel layouts I never thought about. He mixes his American comic art with some splashes of European flavour that I find appealing for the ALFA project.

Mike Gallagher: Gosh. Um. I bring solid storytelling. Lots of detail. The fun infused in me from Dave Cockrum, John Byrne, George Perez and the others that taught me what good comics are. I bring a passion for the medium. I bring faith in Rodney’s talent and loyalty to his vision. I bring a willingness to listen. I bring silly questions and a poor short term memory.

Laibahas: Mike even reminds me if something doesn’t add up in the script. So he gives me solid feedback so I can change it when necessary. Might I add that ALFA actually has two lead artists? While Mike does the artwork on Issue 1 and 2. Rodrigo Stella, an artist from Brazil is doing issues 3 and 4. Both of them are drawing the finale where the ARTIFACT storyline concludes in the fifth issue.

AP2HYC: ALFA brings plenty of popular elements in vigilante fiction to the table (hero working with outside parties, shady governments), are these the types of stories you enjoy reading?

Laibahas: Let me tell you that the first issue was all about Eddie’s journey turning from a vigilante into an ALFA member, so we follow a part of his backstory. And via him the reader gets to meet the rest of the gang. The story progresses in the next issues and you will notice that I’m moving away from the vigilante storytelling, more to a superhero-esque style. With that said, I enjoy different kind of stories; I don’t have a specific genre that I prefer over the other. But on this project, I was inspired by stories related with shady governments. 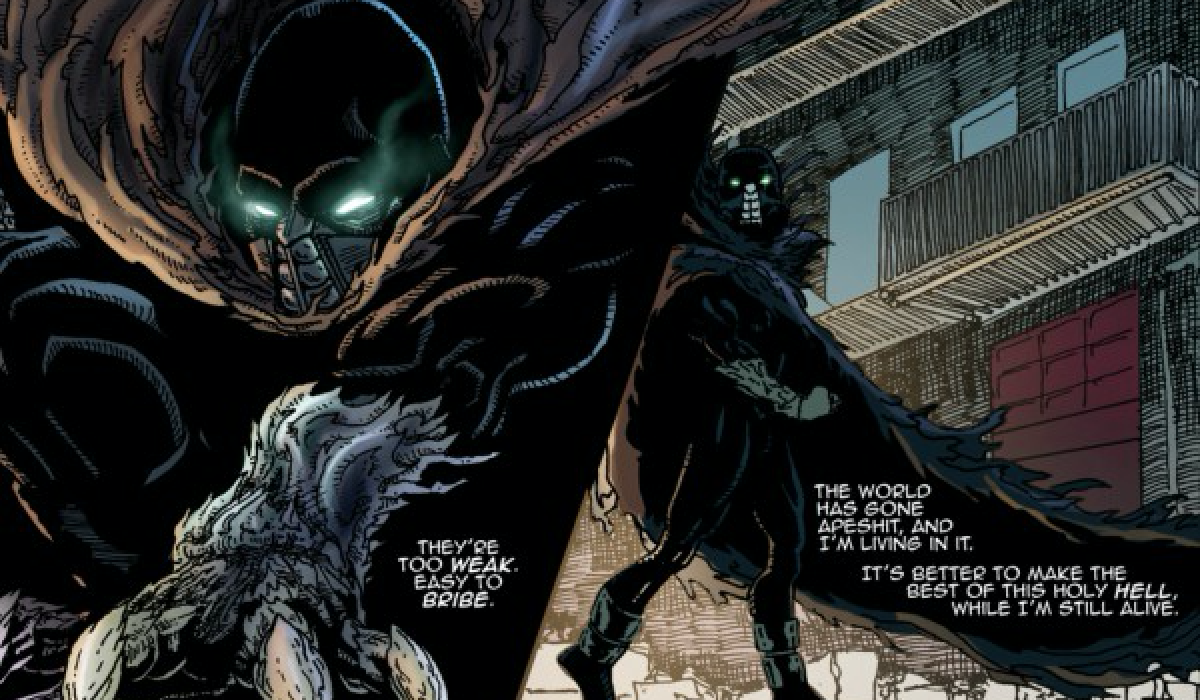 AP2HYC: What’s your background in comics?

Laibahas: I was a news item editor for a Dutch comic book site more dedicated to European styled comics. I also did some short stories with several local artists and I learned what I liked and disliked in the process from collaborating with them. From there, I virtually travelled the globe to see if I could connect with artists from other countries. I’ve had my first international break with small press publisher GrayHaven Comics. I wrote a 4-page short story for the You Are Not Alone 4 anthology, called Promise (with Rodrigo Stella).

AP2HYC: We get a lot of correspondence from indie and small press creators around the U.K. and sometimes the U.S.A., but not so much Europe. What’s the indie comic scene like over there?

Laibahas: You have a few small press publishers who are doing some great stuff and a lot of them are coming and going. There’s a big in-crowd feeling to it, where you have to know creators, to get a foot in the door. That can be intimidating sometimes, especially if you are socially awkward like me, ha!

AP2HYC: This is SouthEast Comic’s debut title, what’s the story behind SouthEast?

Laibahas: SouthEast is something that has come back in my life on several occasions. My parents are from Indonesia (SouthEast Asia), born and raised, before they moved to The Netherlands. I live in the south of my city. My city is situated in the Eastern part of The Netherlands. So South…East. It was a no-brainer for me. It also feels like I needed to do this, because I’ve been running around with story ideas for the past twenty years. It’s about setting a certain goal. The idea behind SouthEast is doing something that you love, focus, go to the right direction. Plus when your old and have grey hair (or you become bald!), you can look back at your life and say to yourself you’ve done everything you wanted to do.

AP2HYC: What future plans might there be for Southeast Comics and ALFA?

Laibahas: There are some other project ideas the creators and I would like to explore for our 2020 schedule, but we’re taking baby steps. First up on our schedule for 2018/2019 is to finish the first volume of ALFA, along with an ALFA annual (by Fed Di Tizio and Marika Esposto). Expanding our fan base, so fans will interact and talk about our stories and characters. First and foremost we want to enjoy the fact that we’re creating something that we all love to do. And that’s making comics.

The digital edition of ALFA #1 can be found via Comixology, whilst the physical edition can be found through IndyPlanet. Be sure to follow SouthEast Comics on Facebook, Instagram and Tumblr for future updates! As always, let us know what you think in the comments or send us your thoughts on Facebook or Twitter!