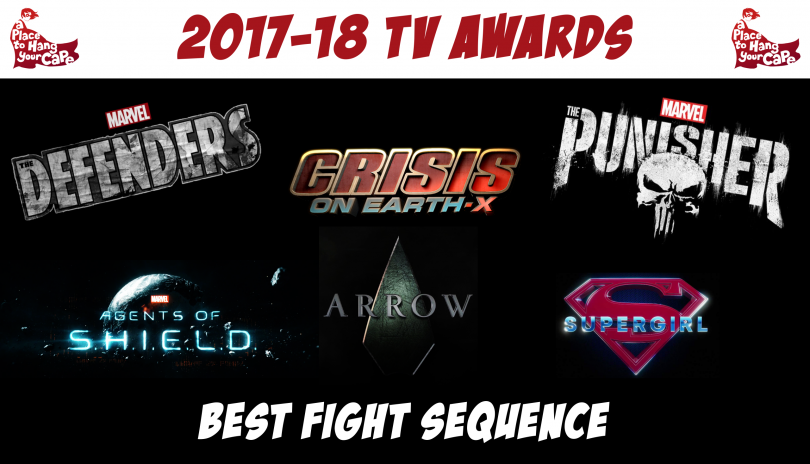 You can’t have a superhero show without some incredible fights, fisticuffs, and full-on battles. Check out our nominations for Best Fight Sequence and then be sure to cast your vote for the true victor!

The Hallway Fight (The Defenders)

The Carousel Fight (The Punisher)

Deathstroke vs. the Jackals (Arrow)