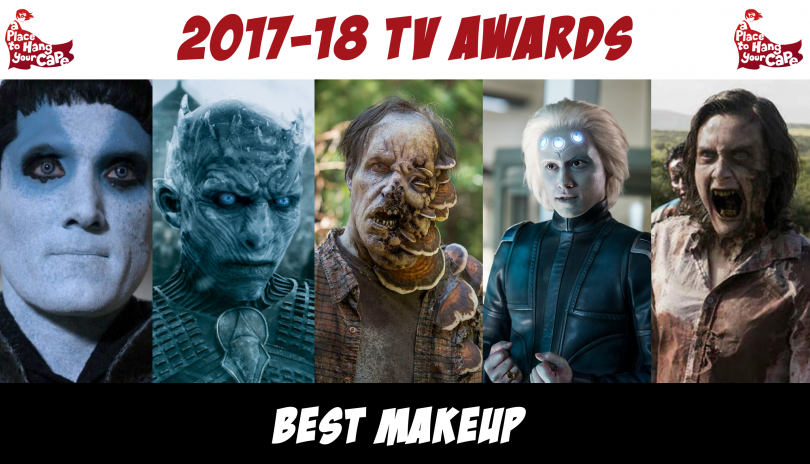 While most super-centric shows are reliant on a boatload of CGI and VFX, many don’t realize just how much practical work is put in to make the numerous onscreen aliens, monsters, heroes, and villains feel believable. This year brought with it a number of creepy figures, creatures, and classic walkers that highlighted just how insanely talented television makeup artists really are. We’ve narrowed down the shows we felt had some of the coolest overall looks of the season, and now it’s up to you! Check out the nominees for Best Makeup and be sure to cast your vote! 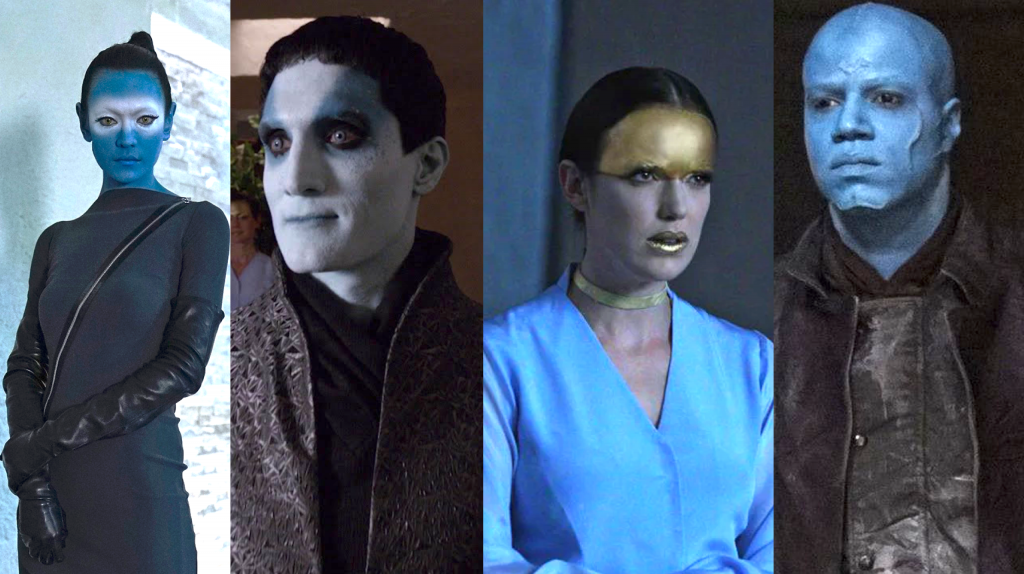 The first half of Agents of S.H.I.E.L.D’s fifth season took place in space… in the future… meaning there were a ton of Kree and other aliens running around. Somehow, the S.H.I.E.L.D. makeup team managed to create distinct looks for each and every one of the Kree that appeared onscreen, playing with different shades of blue to best accentuate certain features. What was especially impressive about this season’s makeup work was the fact that the meticulous attention to detail wasn’t reserved for the bigger players. Each person/alien who appeared on screen, be it for a lengthy monologue or quick walk-by, was made to look their best and, more importantly, made to look entirely believable. Considering how dark Agents of S.H.I.E.L.D. is (underground bunkers and outer space don’t get much light) it’s even more impressive that the makeup team managed to make their characters stand out. Check out an awesome look at the makeup application process for the Kasius and Kasius’ slave looks! 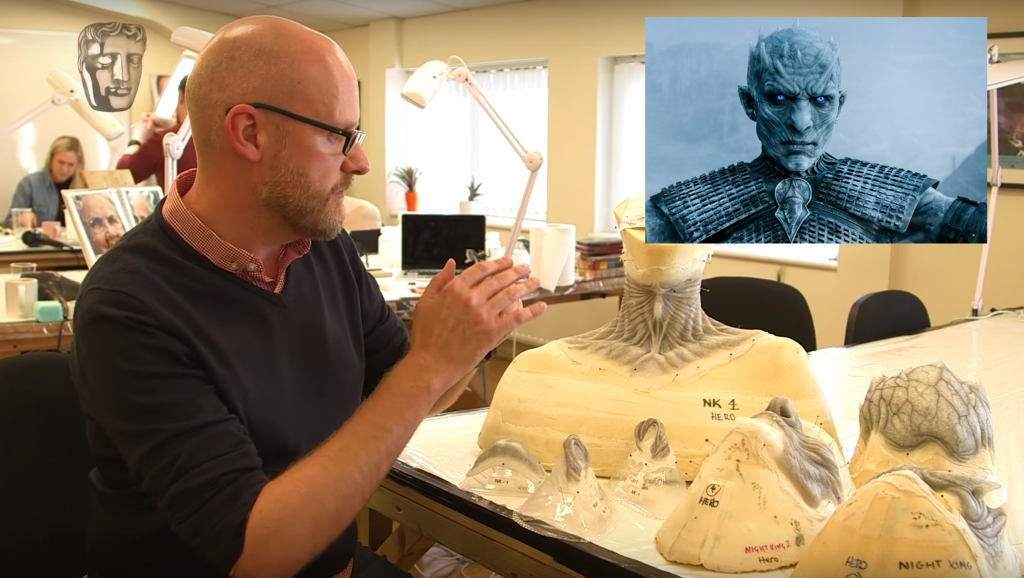 With an increasing number of white walkers making life difficult in the Seven Kingdoms, the makeup of Game of Thrones has really kicked it up a notch this year. The Westeros version of zombies have a unique look that makes them appear as gruesome as they are terrifying. The Night King in particular has a prosthetic look that stands out amongst the Game of Thrones antagonists and makes him more nightmare king than anything else. It should also be noted that Game of Thrones goes all out for the seemingly more basic looks of our favorite characters. Sansa, Arya, Dany, and Jon Snow himself have looked on point throughout Season 7 thanks to the work of the show’s numerous makeup artists. Check out an awesome video via Bafta Guru that shows the incredible prosthetic process of the Game of Thrones makeup artists! 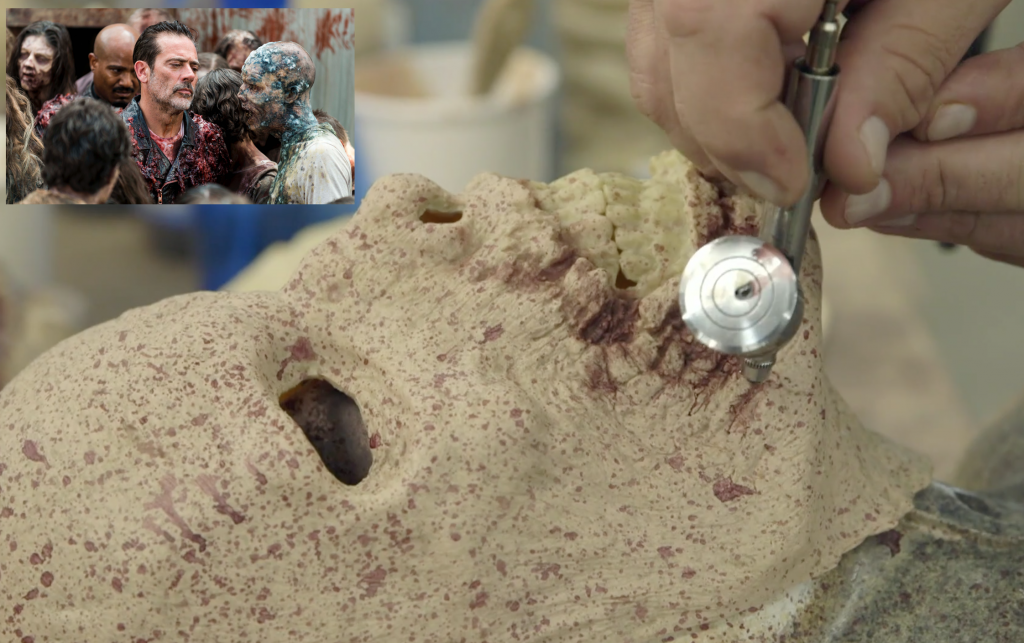 The Walking Dead is a show that is and always has been known/revered for its astounding makeup work. With eight seasons under its belt, you’d think we’d be used to the gruesomely realistic sight of the walkers who have been terrorizing Rick and Co. from the beginning. In actuality, the makeup on The Walking Dead continues to astound as new walkers emerge on screen. It’s easy forget that everything on this show is fictional, that zombies in fact are not real, kudos to the continuously stellar work of the men and women responsible for bringing the undead to life. Check out an awesome video look at how the AMC the Walking Dead walkers are created! 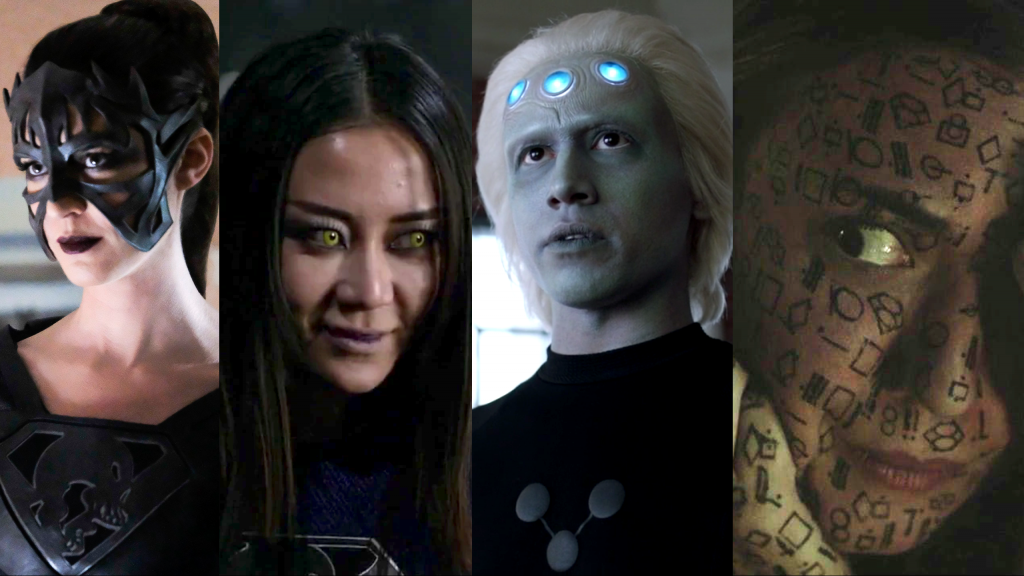 Considering the titular character of Supergirl is in fact an alien, it’s no surprise that the show has managed to create interesting villains and allies through excellent makeup work. With the Worldkillers, Brainy, Martian Manhunter, and all of the foes-of-the-week, Supergirl has managed to juggle a number of characters with makeup-heavy exteriors. The artists behind the heroes and villains have done a stellar job at boosting the comic-influence of the series by ensuring that the characters blend with the general vibe of the show while maintaining an aesthetic that gels with the classic comic incarnations. 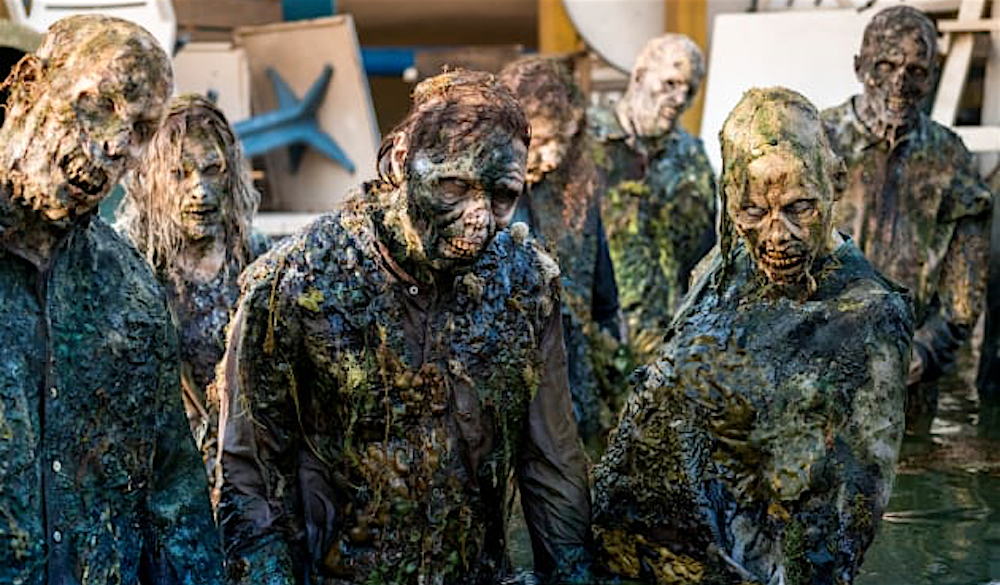 Much like its predecessor, Fear the Walking Dead is a series that continues to impress with its detailed and macabre depiction of the undead. The new characters introduced this season have been outnumbered greatly by the “fresh” walkers that have been terrorizing them. While the walkers of Fear the Walking Dead have always been aesthetically impressive, it’s clear that they have only grown moreso over the first half of Season 4. Grimy and gaunt, the makeup on Fear the Walking Dead is on par with that of the show from which it was inspired.