Home » 6 Reasons to Get Excited for the Batwoman TV Show 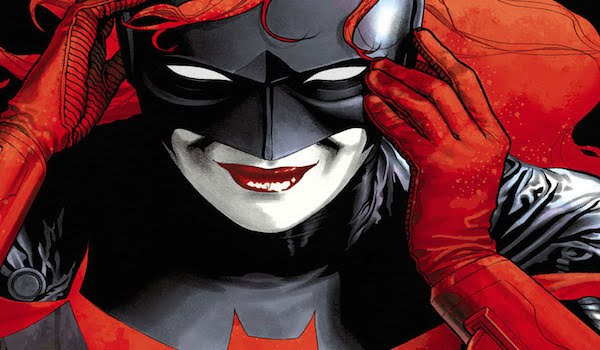 Batwoman has been officially announced to be the next hero that the Arrowverse will introduce in the next major crossover (which will also introduce the Arrowverse Lois Lane and bring back Superman), following the massive success of Crisis on Earth-X.

Actress, DJ, and model Ruby Rose was cast as Batwoman/Kate Kane. Admittedly, I don’t think I’ve, personally since her in anything, but I know that she was in seasons 3 and 4 of Orange is the New Black and in sequel action movies, like John Wick 2.  But then I saw that she was genuinely excited to play Batwoman just after it was announced and I think she’ll do a good job, even if some people say otherwise. (Don’t people remember when everyone was iffy about Grant Gustin as Barry? Or when naysayers didn’t think Gal Gadot could properly portray Wonder Woman?)

But I’m excited that they are giving Batwoman a chance in the TV world. Here are the reasons why you all should be excited about the Batwoman TV series.

6. Bringing A Bat to the Arrowverse 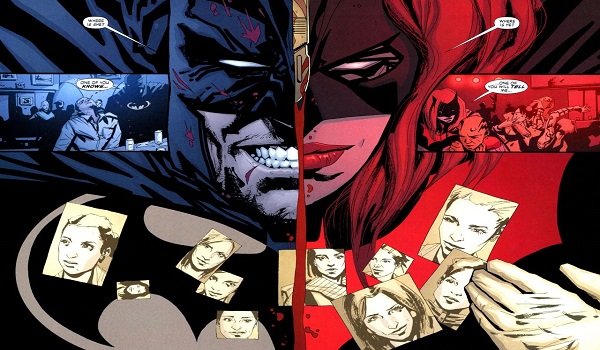 It’s hard to have a show without Batman set in Gotham City. Take the mess of the show Gotham for instance. There’s teenage Bruce, yes, but he’s not Batman. Arrow tries to be Batman, but it’s not the same and we all know it.  Batwoman would not only bring a Bat onto the small screen, but Kate Kane can stand on her own easily enough away from Batman. Until the recent DC Rebirth, Batwoman and Batman were, at best, cordial and very reluctant allies. Batwoman, despite being inspired by Batman, worked very much worked outside of his shadow and sphere of influence.  It will be interesting to see how this plays in her introduction.

It will also answer the question. Is Batman on Earth-1 or Supergirl’s Earth? Is he dead? 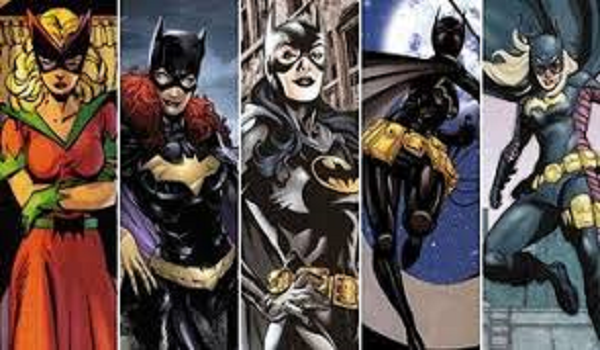 It’ll be nice to have more non-superpowered female heroes. Other than Alex Danvers, Maggie Sawyer and Sara Lance (the latter I’m almost certain shouldn’t count because she did die twice and revived twice), most of the female heroes have superpowers. It’s not a problem for the ladies to have superpowers, that’s awesome, but considering that it’s TV and the budget’s not that great, it’ll be easier in the long run. Other non-powered female characters are regulated to love interests and support roles. At least, the CW attempts diversity in their cast. 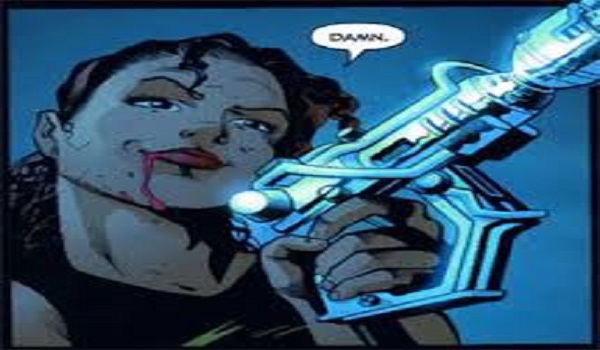 Bringing Batwoman into the mix also brings in her Rogues’ Gallery, and her supporting cast, maybe even introducing the Arrowverse’s Renee Montoya, maybe first as a Detective and later as the Question. Her twin sister Alice/Beth will probably be at the core of the first season. Batwoman will also be at odds with the DEO or ARGUS (depending on which Earth the TV show will be set).  Kate might even get her own sidekick in the form of her cousin, Bette Kane/Hawkfire/Flamebird (and the prototype Bat-Girl).

3. Epic Crossovers with Other Arrowverse Shows 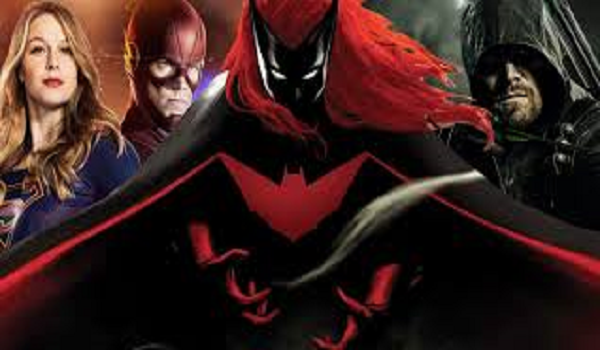 Batwoman will be a great contrast to Supergirl’s more hopeful and optimistic approach to heroes, similar to Flash and Arrow’s roles. The crossover that will introduce Batwoman will have to be something spectacular after last year’s amazing Crisis on Earth-X event. How will Ruby Rose‘s Batwoman work with Grant Gustin‘s Flash, Melissa Benoist‘s Supergirl, and Stephen Amell‘s Green Arrow? Time will tell, but hopefully they’ll be little crossovers here and there once the series is green-lit in earnest. 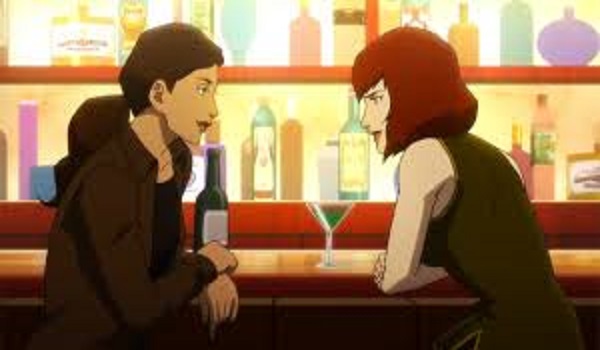 they are clearly flirting

Kate Kane/Batwoman is one of the more prominent LGBTQ+ characters from DC. Part of Kate’s backstory is about coming out. Kate was in the US military during the time of “Don’t Ask, Don’t Tell” policy and when confronted, Kate couldn’t lie about herself, not even to remain in the military. Her discharge sent her life spiralling.

But one night while wandering the streets of Gotham drunk, she’s rescued by Batman. Inspired by Batman, she decides to become a vigilante to help protect people. Kate being LGBTQ+ is all of her character, but it’s a big part of it and I think that the upcoming series will give her a love interest (maybe, Renee Montoya since Maggie Sawyer just broke up with Alex Danvers).

The CW shows have made great efforts (more so than the DCEU or the MCU) to diversify the superheroes from race, gender and sexuality. Sara Lance, who as the Captain of the Waverider and the leader of the Legends, is bisexual.  Black Lightning’s oldest daughter is a lesbian. The Ray and Citizen Cold of Earth-X are married. This season of Supergirl will even feature the first transgender hero.

Of course, I can’t forget another part of Kate’s identity. She’s Jewish. In the DC Bombshells, this is much more involved than in the main comics line, but it’s still a part of her identity as her sexuality. Diversity in religion in also important. Unless otherwise stated, everyone’s probably some denomination of Christianity, except Zari of Legends, who’s Muslim (although, they never state it explicitly in the show, unfortunately). 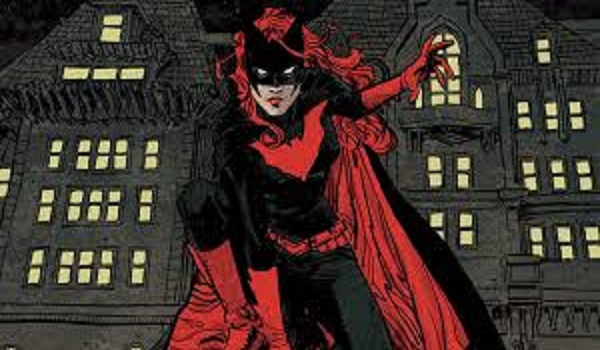 I’m biased. Batwoman is one of my favourite heroes from DC. I have especially liked her New 52 run and I like her Rebirth run as well. She’s a strong character, who faced trauma from her childhood loss of her twin and mother, faced discrimination because of who she loved, and lost her way only to find her way back to make something of herself. She won’t take Batman or anyone’s crap. She’ll put the villains in their place.

The Batwoman TV series will have the great Batwoman runs to draw from, but also the opportunity to create new storylines and even original villains for Kate/Batwoman. There’s a lot they can do in this series.

While occasionally the CW shows do let us down in some areas, in one area I think they succeed is the crossover.  Batwoman’s introduce will be epic, especially when we’ll see the Gotham (hopefully it’s better than the other Gotham). There’s a lot of expectations for the character and on the actress portraying the iconic character, but it’ll most likely be good.

But at least, it’ll be better than the DCEU.

Are you excited for theBatwoman TV show? Let us know in the comments or send us your thoughts on Facebook or Twitter!