Home » Beyond Cosmic: What Does the Future Hold for the MCU? 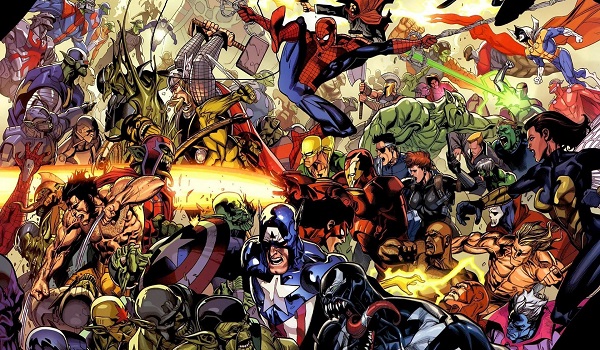 Marvel’s been super tight-lipped about the future of the Marvel movies post-Phase 3. It’s probably due to the effects of aftermath of Avengers: Infinity War.  With the “snap” half of the population of the entire universe was wiped from existence including heroes who we all know are primed for sequel movies such Black Panther, Spider-Man and the Guardians of the Galaxy. We all know they are coming back because they are bankable heroes.

The aftermath of Avengers: Infinity War and the as-of-yet untitled Avengers 4 will set the tone and direction of the MCU for years to come. In addition, with Marvel’s massive library of characters and storylines not yet adapted on-screen and the reacquired movie rights of the X-Men, Fantastic Four and Deadpool via the Fox merger, the future of the MCU will know no bounds.

What We Know So Far 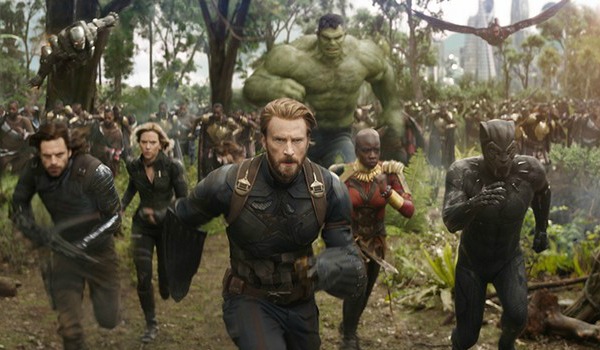 Spider-Man: Far From Home and Guardians of the Galaxy Vol. 3 are the two post-Phase Three movies. Of course, this spoils the fact that Spider-Man and the Guardians of the Galaxy will all come back to life after Part 2 of Infinity War. Far from Home will apparently be set during a class trip for Peter and his friends to London and supposedly the introduction of the MCU’s Sinister Six (expected to be released July 2019).

Also, Guardians of the Galaxy Vol. 3 being delayed may impact the Cosmic MCU as a whole, because the Guardians may not be the main characters of the Cosmic MCU, but they have to be big players in it. But this could be a good thing and not a bad one.

Black Panther‘s success also probably ensures a sequel in Phase 4, especially after the battle in Wakanda against Thanos.

The recent acquisition by Disney of Fox is the elephant in the room when talking about the future of the MCU.  Is Disney going to let Deadpool and X-Men continue or will the Merc with the Mouth be left alone while the X-Men gets a reboot?  Will Fantastic Four actually get a movie worthy of them? With all the more interesting and threatening villains like Kang the Conqueror, Galactus and so forth included in the merger, what will become of them?

I mean with the use of the Quantum Realm and the rumours of time travel, the world is wide open for retcons and new heroes making their way to the big screen.

(Let’s be real: Time travel is definitely going to be use in Avengers 4 as a way to fix everything and I’m not sure how I feel about it.  Because we all know that time travel makes things unnecessarily messy… here’s looking at you, Barry Allen).

As the next Avengers movie will set the tone for the MCU Cosmic, the Annihilation storylines could inspire Avengers 4 as Avengers: Annihilation is also the rumoured titled (thanks to leakers, who knows if it’s true) for it. The Russo Brothers stated though that Avengers 4 is a completely original script, which is really hard to believe that they didn’t take something from the comics.

Thanks to the upcoming Captain Marvel, I’d say it is highly likely that the Skrulls will appear again and we may even get a “Secret Invasion” movie where the Skrulls successfully manage to infiltrate Earth heroes and attempt an overthrow from the inside. There are also little things can be explored such as The Elders of the Universe, the Microverse, and Negative Zone.

In the same vein as giving the original comic Guardians team a movie or something to do in future movies, the Nova Corps should be given more of an opportunity to shine. We don’t know exactly what happened to the Nova world of Xandar, but we can safely assume that it was destroyed for the Infinity Stone. Having another young hero join the likes of Spidey and Shuri (because there needs to be more done with Shuri), like Sam Alexander would see a new kind of Avengers team once the actors playing the current heroes are too old for their roles. 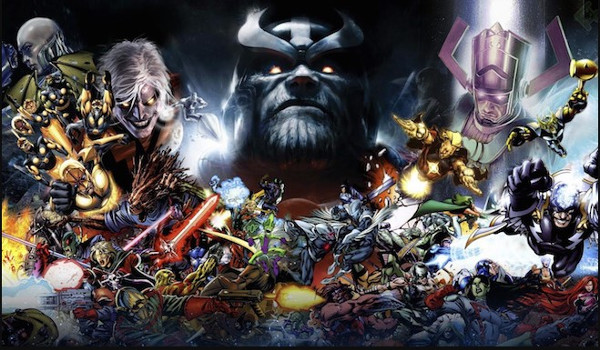 Marvel Studios and Disney have the Marvel Comics’ ridiculous long history of amazing stories and characters. They have the ability to create movies for the next century. The biggest hurdle for the MCU is to set up Captain Marvel as the next generation’s leader alongside Black Panther and a new Captain America (Bucky or Sam), since it’s clear that Captain America’s and Iron Man’s time are up as the leaders of the Avengers.

The last ten years have been build up to the clash against Thanos over the Infinity Stones, so with the next couple of movies (Captain Marvel and Avengers: Infinity War Part 2) a new overarching storyline needs to be started. With mergers and directorial shake-ups, the Cosmic MCU could really go in any direction.  But my guess is the Secret Invasion storyline with the Avengers v. the Skrulls, all the while introducing the X-Men and the Fantastic Four.

What do you think? The Cosmic MCU sounds infinite. What do you want to see in the future movies of the MCU? Let us know in the comments or send us your thoughts on Facebook or Twitter!