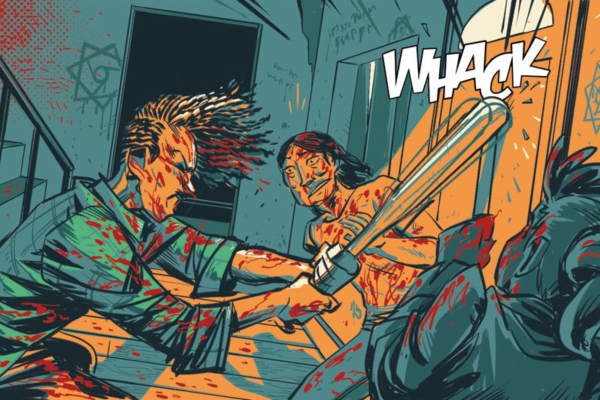 Emmy-nominated writer Mike Garley has wowed the indie comics scene with such works as The Kill Screen and The Samurai Slasher. Not content to rest on his laurels following the recent release of the one-shot action/thriller 32 Kills, he’s teaming up with artist Michael Lee-Graham to produce a new, digital-only one-shot, Our Final Halloween.

The comic is currently being crowd-funded on Kickstarter, and although Mike is no stranger to Kickstarter, Our Final Halloween is proving to be hos most ambitious campaign yet. We caught up with him to talk about his latest comic!

A Place To Hang Your Cape: What’s the story behind Our Final Halloween? Why did you want to bring it to life?

Mike Garley: A group of teenagers wake up covered in blood with no idea how they got there. They need to work together to find out what happened to them or they’re as good as dead! Our Final Halloween is a horror centric comic that takes place entirely on one night – Halloween. I’ve always loved the idea of creating an ‘event’ comic and Our Final Halloween seemed like the perfect story to do just that.

AP2HYC: Why make it a one-shot?

Garley: We really just wanted to focus on telling one story really well. It’s set in a way that works perfectly as a one and done. I’ve done a couple of one-shots recently and I’ve really enjoyed the whole process, from creation to seeing how they’ve been received.

AP2HYC: Our Final Halloween is presented as a digital-only release. Why did want to release it this way?

Garley: It just plays into the ‘event’ feel of the comic. We wanted to make something that’s read ON Halloween, and by creating it digitally we can ensure that there’s no unforeseen delays and everybody gets their copy of the comic on time, which means we can just focus on making it as good as we possibly can!

AP2HYC: More comics across the indie scene are being released exclusively online, with some exploiting the digital medium, i.e. they’re purposefully designed to be read on mobile devices. What might your thoughts be on this growing trend? Is it a good way for creators to showcase their work?

Garley: I’ve been tempted to do digital first before, but I’d be reluctant to do digital only without a strong reason, as meeting people and selling a physical copy of the comic is such an important part of the experience to so many people. There’s also financial ramifications as digital is a lot harder for newer creators to get any type of payment for, which could make it prohibitive.

Garley: I’ve known Michael for years and he’s done some work for Samurai Slasher before. When I had this idea he was the first person I thought of because he has such a dynamic style. He loved what I told him of the idea and we developed it from there. 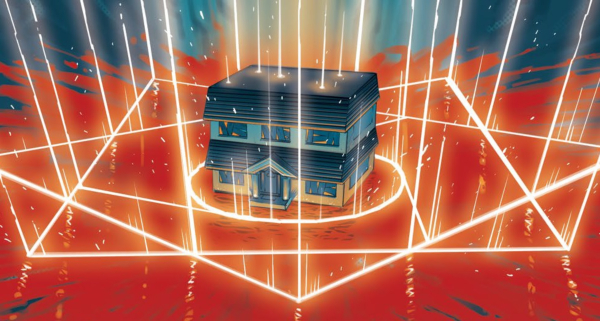 Garley: A bloody nightmare… No, he’s fantastic. We’ve had a lot of back and forth to make the comic as tight as we can and he’s been pushing himself (and me) every step of the way. He brings a real energy in terms of not only his approach, but also the artwork.

AP2HYC: You’re crowdfunding Our Final Halloween on Kickstarter. How does this campaign compare to past campaigns?

Garley: This is definitely the most ambitious. We’re not looking for a lot of money (relatively speaking) but we need A LOT of backers. We’ve got over 100 backers at the moment. Normally that would be enough backers for us to be considering stretch goals, but we were really keen to create a campaign that encourages more people to back and offers low cost but high value for money pledge levels.

AP2HYC: This is your latest one-shot after the recent 32 Kills. Anymore one-shots in the works?

Garley: Me and Josh Sherwell, who I’ve worked with on The Kill Screen, have an idea for a one-shot that we’re considering. But we’ve got more The Kill Screen to tackle first!

AP2HYC: What makes Our Final Halloween a unique read?

Garley: I’m super proud of this comic, and I’ve tried to do something for the ending that I’ve never seen done before, but if I had to give one reason for people to back this project it would have to be for Michael’s art. The man is incredible and has one hell of a future in comics!