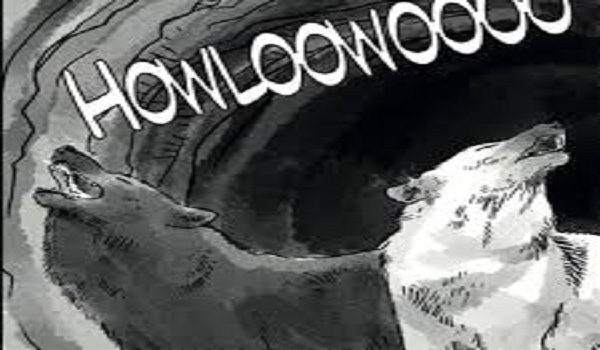 So, you may be asking what’s Wolf’s Howl Part 1 all about? As part of its current Kickstarter campaign, Matthew has graces us with a quick video giving a brief look into the premise behind the limited comic book series. Wolf’s Howl is an imaginative retelling of the age old clash between werewolves and vampires, except these vampires aren’t the blood-sucking type, but instead drain their victims of all their energy. As the original Alpha and Omega of the werewolves struggle to keep their kind alive, they must find a human woman named Victoria who can help maintain the balance of peace between the paranormal species.

Wolf’s Howl starts off very strong. In particular, the opening scene with the warrior she-werewolf fighting against the enemy was a very powerful start. Additionally, the world-building is quite extensive in Part 1. Within the pages of Part 1, we were introduced to all the major players in the world of Wolf’s Howl.  There’s a lot of buildup to the discovery of the keeper of balance, creating just the right amount of tension for the rest of the story.

However, after the initial powerful scene with the warrior she-werewolf, the rest of Part 1 was mostly exposition and introducing a lot of characters. We’re unsure how long this limited series is going to be, but there already seems to be a lot of characters. Now, a lot of characters isn’t always a bad thing. There’s plenty of work out there that thrives on a large ensemble cast such as Shounen anime series or book series such as A Song of Ice and Fire. These many characters manage to be interesting and fun. Still, given that this is a limited series, the large amount of characters can easily clutter the pages too much and hurt any really good character and their development from shining. As mentioned before, it’s still too early to tell but we’re hoping this is improved upon in later parts.

The art is a very realistic style, fully in black and white. Panels are clean and orderly. The sense of macabre combined with the perfection of layout fits perfectly with atmosphere. It feels very much like watching an old, black and white movie. Many kudos to the artist for providing such stunning work!

If there was one thing that we found a bit confusing with the artwork is the transition between human and wolf.  The shift is immediate, and in many panels some people are in wolf form, some in human form at random moments.  At times, this can be jarring and it would be nice to see the full transformation between wolf and human spread out in a few more panels every once in a while.

One thing that was really unique about this comic is the inclusive of different were-creatures. We loved that the Alpha werewolf has a brother who is the Alpha of the werecoyotes and a sister who is a werecat. In short, werewolves aren’t the only were-creatures. We are always up for expanding on other people’s knowledge about the variety of supernatural creatures. We especially like that the vampires are called Dark Ones, so there’s a lot of good implications for some sort of different vampires than we’re used to.

Overall, we found the beginning of Wolf’s Howl to have a solid premise. If we get better characterisation at the transitions between human and were-forms, this will be a fantastic paranormal comic book series.

Check out the Kickstarter and be sure to donate if this perks your interest.  Let us know what you think, so sound off in the comments or send us your thoughts on Facebook or Twitter!