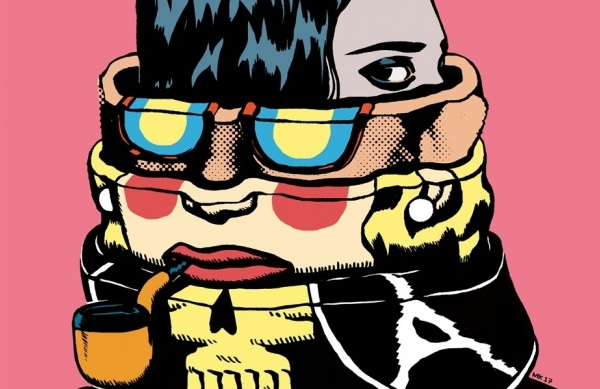 Comics veteran John Dunning teams up with novice artist Michael Kennedy for this deftly cool tale of drama, danger and romance. Tumult‘s sheer weirdness is made digestible thanks to its sweetly-sugared swagger. That weirdness is encapsulated by its cover, a Russian doll-esque image of numerous characters peering over each other. It’s a cover that bears multiple layers of reality and character, blurring the lines between fantasy and the real world, which is just what Tumult accomplishes.

The breakage between reality and fantasy bleeds into the comic’s premise. Adam Whistler shatters his perfect life just in time to become bewitched by the cryptic, troubled Morgan, who’s schizophrenic lifestyle Adam gets tangled up in. Tumult‘s swagger intensifies as the comic ploughs on when Morgan reveals her life is in peril and Adam wilfully chooses to lurch himself into the ensuing adventure.

Dunning’s story is a slick, calculated affair. It’s too detached for any genuine sense of threat to develop throughout the story. An odd choice of narrative execution perhaps, given how violent the comic becomes near its finale. Still, the perplexing attitude of Morgan keeps you on your toes. Much like Adam, we never quite know which Morgan we’re going to get. Kennedy, in his first graphic novel outing, compliments this unpredictability with a kaleidoscopic colour palette. Scenes are dominated by a central colour, as if reflective of a theme or mood carried within that scene. 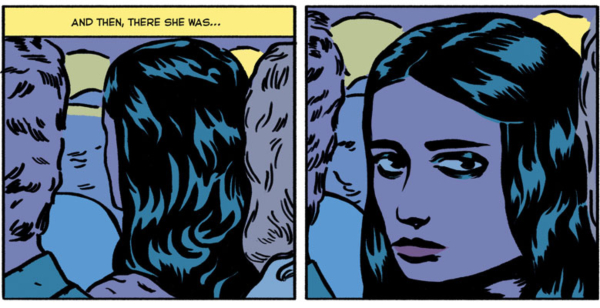 Kennedy’s illustrations themselves show why he’s a perfect match for Tumult‘s flexible attitude to defining reality from fantasy. His depictions of characters aren’t quite caricature, but their murky, ill-defined features straddle the line between truth and fiction. That’s not to say Kennedy isn’t apt at crafting emotionally in-tune expressions from this motley crew of pulpy wanderers. Much like Dunning’s script, they’re detached, laid back, just plain cool.

Tumult may bear a cryptic tone, but it’s not a puzzling comic to read. It’s awash in warm, enveloping mystery that packs a gentle punch at all the right moments. Even if the danger surrounding Morgan and Adam’s situation feels undeserved, the pace at which it’s executed is sublime. Kennedy and Dunning weave in and out of each other, crafting a bespoke world that marches to its own rules, but knows the value of allowing characters and story room to breath.

Tumult is a curious addition to SelfMadeHero’s catalogue. It’s pulpy, surreal nature is at odds with the majority of its output, which makes it all the more valuable. Dunning and Kennedy have delivered a bespoke and charming thriller who’s colours and characters invite you into this strange world.

You can discover more about Tumult from SelfMadeHero. Don’t forget to tune back into A Place To Hang Your Cape soon when we’ll interview writer John Dunning about the comic. Have you already read Tumult? Let us know in the comments section below or send us a Tweet!