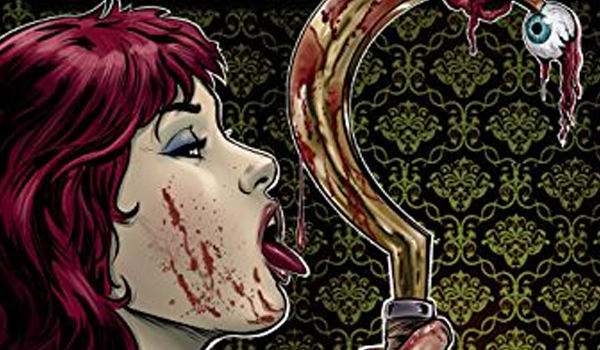 I got the chance to read Betty “The Slayer” Mitchell # 1 (of 5) recently by Alex Giles, Kade Oki, and Tiko Capdevila. Not knowing what to make of the front cover depicting a woman about to ingest blood off a hook, I got myself ready for anything super weird and gross. It was probably not a good sign for my mental state that I was disappointed the first issue was not very weird, although it was appropriately violent and blood-filled. But despite the disappointing lack of weirdness, I liked the comic well-enough.

The premise is pretty standard: a Victorian wealthy woman becomes a monster slayer, traveling the world and looking good while doing it. Think Buffy set in the late 19th century. Some creature of the night attacks a young woman and steals her heart somewhere in Scotland. Immediately, an expert by the name of Elizabeth Mitchell is called in from London to handle the situation. The creature is Spring-Heeled Jack, a famous UK urban legend. She and Spring-Heeled Jack have a history and, for Betty, it’s personal. 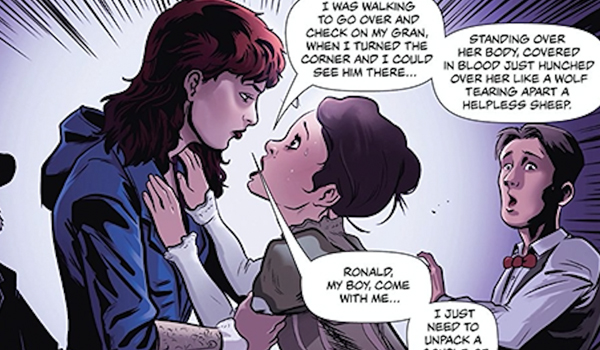 However, Betty and her assistant are quickly whisked away to New York where Betty’s friend, an inventor by the name of Nikola Tesla, needs help tracking down the elusive Jersey Devil, another historical urban myth. I was thrilled to see one of my favourite inventors from history in a comic book. For those interested in a bit of history, Tesla at one point worked with Thomas Edison before branching off to create alternating electric currents.

As always, the art was great. I honestly love the color schemes used by the artist. Bright and vibrant, Betty “The Slayer” Mitchell‘s art made the intense parts of its story pop. It also went appropriately dark when required. Truly spot on!

The inclusion of urban legends peaked my interest when I first saw Spring-Heeled Jack. Being from New Jersey and fascinated by urban legends, I was excited to see the Jersey Devil as the first creature Betty encounters in the United States. However, these urban legends were the only things that kept me invested in the story. There is a nice story here, but the plot and pacing lack a certain drive to them. Not that this is a bad thing necessarily, but the characters act fairly aimless and there is no sense of a bigger picture being formed. This is only the first issue, so perhaps things will come together more as the story progresses. 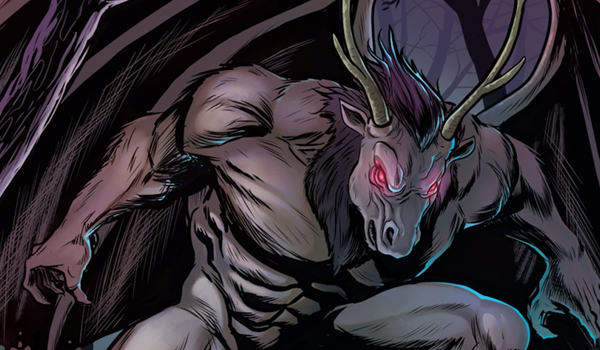 One of the most intriguing aspects of the comic are the character themes. Betty fights monsters to protect people and to feel safe in the world. However, she comes to discover that she likes the thrill and excitement of hunting monsters maybe a bit too much. Questioning her own humanity while fighting vicious monsters is a great way to craft a dynamic and nuanced character.

Still, this was the only aspect to her character that was interesting. She is basically a Buffy or Lara Croft model except in 1884 and wearing a red corset. Most characters have a goal, but Betty does not really have one and after reading, I was left with the desire to learn more mostly because I did not feel I knew enough about her. What are her motivations? What happened to her family? Where else has she been to gain the infamy that she has? What character flaws does she have? What are her weaknesses?

While Betty “The Slayer” Mitchell has an average opening issue, it does tease that future issues will have more characterisation for Betty and will reveal the true purpose of her cases. Using urban legends as monsters of the week is a refreshing idea, but one that was executed in a generic plot and with a pretty typecast protagonist. Even so, I think following issues will likely improve on this introduction and tell a better, more fleshed out story.

Check out Betty “The Slayer” Mitchell on Comixology! What are your thoughts on the comic? Which urban legends would you like to see Betty tackle next? Sound off in the comments or send us your thoughts on Facebook or Twitter!