Home » Continue Into the Weird Wonders of the Fearscape with Fearscape #2! 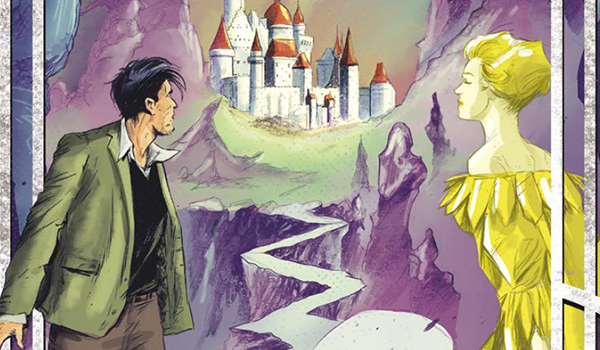 Plagiarist Henry Henry makes his way to the first trial within the Fearscape in Fearscape #2! Writer Ryan O’Sullivan and artist Andrea Mutti have outdone themselves once again as we’re transported to the macabre yet whimsical Fearscape with our favourite fraud Henry. But just how long can Henry keep up this charade?

We dear readers begin following Henry to The Weeping Castle, home to the children of Prometheus. If you were hoping for further explanation, unfortunately, there isn’t any as our good friend Henry conveniently decided not to pay attention to this bit. As he is lead to face The First Fear, Henry worries whether or not the Muse has figured out he is a fraud and that the true hero, Arthur Proctor, is still very much still on Earth.

As expected, Henry Henry fails miserably at the first challenge and while the Muse argues to defend him, Henry uses this opportunity to make a quick exit.  Because wandering aimlessly around unknown territory is better than facing utter shame and humiliation. 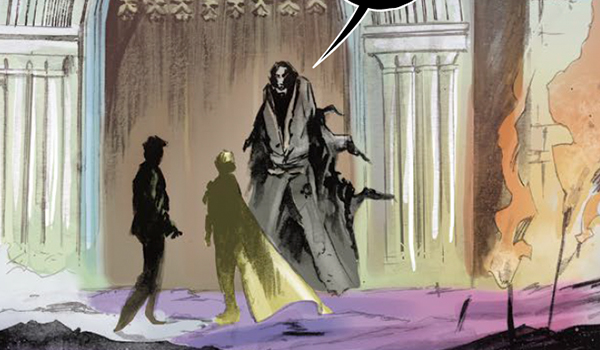 Let’s get one thing straight: Henry is a complete and utter bastard of a character. He consistently chooses to not pay attention to important details, uses his loud thoughts to cover the deep secrets of his soul, and everything in between. Not only is he an unreliable narrator, he is also a sneak, choosing only bits that he finds important to share with us. He knows we are watching him and, therefore, defends his ludicrous actions every chance he gets. If you aren’t a fan of following extremely flawed human beings, continuing on Henry Henry’s journey is something you should avoid at all costs. It is very clear that he is only going to get worse with time.

As always with Ryan O’Sullivan’s work, the story and art are perfect matches for one another. Andrea Mutti’s artwork is once again astounding. His character designs for the creatures in The Fearscape are unique yet possess a sense of familiarity to them. The Hero With a Thousand Faces is a particularly cool design. There’s a sense of dark whimsy to his atmosphere and character designs. Vladimir Popov’s colouring compliments the artwork with its cool colours for The Fearscape. Colours are warm in the real world yet there is still a sense of eeriness as you turn each page. The overall atmosphere provides a sense of doom as the story progresses.

Watching Henry on his journey is an interesting experience. We, as readers, are at his mercy for now as he guides us through the story. Unfortunately, he is probably the worst tour guide you could ask for. Yet, his self-destructive nature is fascinating to read and the artwork compliments the readers’ feelings perfectly. We feel utterly stuck in a hopeless void with Henry at the centre of it all. Really, there isn’t anything like Fearscape out there and we certainly can’t wait to see where it goes.

You can by Fearscape #2 here! Have you had a chance to read it? Let us know in the comments below or send us your thoughts on Facebook or Twitter!