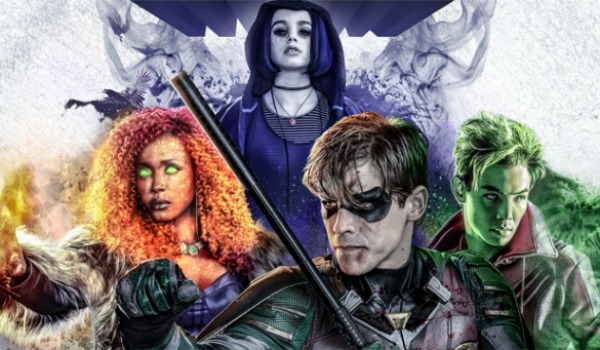 DC Universe’s flagship show Titans was a surprising hit with fans. After the first trailer dropped, everyone was worried that this would be just a grimdark thrown together adaptation of a beloved superhero team. That couldn’t be further from the truth. As I previously said in my review of the first episode, the show had a strong, but slow start. This strength held up throughout the season, but unfortunately some major characters were sidelined for the development of others, and the finale left much to be desired. Warning: Full Spoilers ahead.

This season was all about Dick and Rachel. After leaving Batman’s side, Dick is trying to figure out who he is on his own, even giving up Robin all together. Rachel is desperately trying to find out more about why she has her powers while running from a cult whose messaging is incredibly muddled. Some episodes it seems they want her to summon Trigon, other times it seems like they’re trying to kill her to stop Trigon from arriving. It’s possible Trigon’s master plan is just overly complicated like many supervillains in comic adaptations.

Dick’s development seems to be the major B plot of this season. We meet several people from his past: Hawk, Dove, and Donna Troy, all great characters who will definitely return for season 2. And, let’s not forget his replacement: Jason Todd. It’s clear they’re moving towards him becoming Nightwing sometime next season. Dick serves as a great window into the wider world of this DC universe, where the Justice League has been around for a while. There is very little variation from the typical set up from the comics. We even get hints at other Bat-Family members when Jason mentions Barbara Gordon.

Each actor is clearly giving it their all. Rachel makes several attempts at being “edgy”, but fails to hide the fact that she’s very much a kid. Gar is shy, but he’s obviously excited to be on this epic adventure with his new friends as he gleams at every mention of Batman. Dick is a stern leader who can’t help but melt for these children; Kori is sarcastic, but kind and motherly to Rachel and Gar.

Curran Walters does as great job as Jason Todd. He’s snarky and excited to help, but also incredibly violent and unable to listen to commands. Alan Ritchson and Minka Kelly are a believable couple with a surprising amount of depth as Hawk and Dove, and Conor Leslie is a compassionate and level headed Donna Troy. The entire Doom Patrol cast is fantastic, which guess goes without saying since most of them will be returning with their own show in February.

While Brenton Thwaites and Teagan Croft do fantastic jobs, they definitely steal some of the spotlight away from the other two leads. Ana Diop’s Kori, while well acted and having an interesting story, is criminally underused. She’s mostly there to babysit Gar and Rachel while helping Dick process his new freedom from Batman. I wish we got more in depth about her inner conflicts with her lost memories. For several episodes it seems like she gives up trying to figure out who she is or where she comes from in order to further development for someone else. 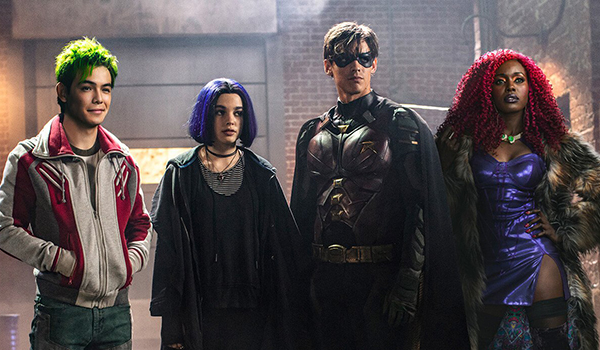 Meanwhile, Gar is there too. That’s pretty much it. Ryan Potter plays him very well, but after the Doom Patrol episode it felt like he was just around to hang out with Rachel. He does very little for the plot other than being the catalyst for Rachel to summon Trigon, but that really could have been anyone. There’s also a few hints that Gar has a crush on Rachel, which is very uncomfortable considering Ryan is 23 and Teagan is 14. I hope the writers don’t go down that road.

The entire season is building towards the summoning of Trigon by Rachel, which she does by the end of the penultimate episode. It’s the final episode of season 1 that is incredibly odd. It’s a bottle episode where Dick is stuck in a fantasy world made by Trigon set five years later. In this world, he’s married to Dawn Granger with a son and a child on the way. He’s called to Gotham by a paralyzed Jason Todd to stop Batman from killing The Joker. While it’s a cool bottle episode where Dick has to face Batman as a representation of his inner demons, it just feels weird to make that the season finale. Apparently the original finale from season 1 is going to be repurposed into the season premiere of 2, leading me to believe that Trigon is going to be dealt with quickly, without the proper attention that the destroyer of worlds deserves.

Overall, this is a strong first season with good writing and characterization. However, I was left feeling like I wanted more from Gar and Kori, and I definitely wish we got the original finale. This is a great show for established DC and Teen Titans fans, but I wouldn’t recommend this to someone who has no previous knowledge about DC.

How do you feel about the first season of Titans? What are your hopes for season 2? Let us know in the comments or send us your thoughts on Facebook or Twitter!