Home » Gotham University: Imagine Combining Studying and Being a Superhero 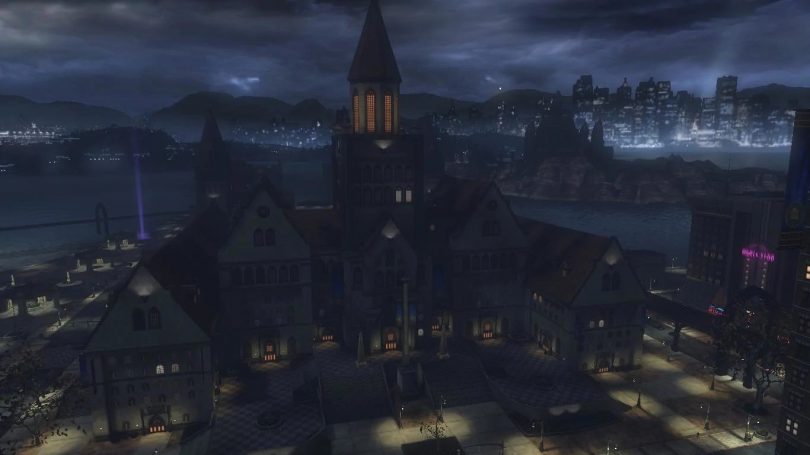 Having a hard time balancing work and college? Imagine what studying at Gotham State University would be like!

What Would Being a Superhero Student at Gotham University Be Like?

Most of you have seen the X-Mansion, the superhero school in X-men series. You probably can’t name a teenage girl who wouldn’t want to study at Hogwarts. But what a lot of people miss is Gotham State University (GSU).

It is a tough place to be, but the degree might just be worth it. Here is what we think being a student at GSU would be like.

Do you think your college professors are vicious? You haven’t seen the teaching staff at Gotham University.

You may be shocked after your prof doesn’t accept the essay you handed them two hours past the deadline. But, imagine your professor poisoning you to get money for their grand plan to dominate the world.

That’s exactly what GSU Johnatan Crane did. He infected a star athlete, Brian “The Rock” Rogers, with a fear toxin to make his team lose. Then, the professor bet on the opposing team to win tons of money against the odds.

Do we have to mention that Crane then became Scarecrow and went on to antagonise Batman?

Dr. Pamela Lillian Isley, the botanist at GSU, is also not an exemplary teacher. While she does fulfill her job well, she also leads a villainous double life. Her second identity, Poison Ivy, is an eco-terrorist and works closely with the dark side of Gotham to disrupt law and order.

Sometimes you feel that your classmates are not exactly friendly. If you were a young superhero at GSU, that would be an understatement.

Three millionaire students form the Terrible Trio, an organisation that commits a lot of crimes in Gotham. These three feel invincible before the law. But, they commit crimes not to gain a fortune (they already had that). They do it just because they can.

Your student years inside GSU would be brimming with constant doubts about your fellow students. And, the overall atmosphere would spell, “It will be a miracle if I graduate in one piece.”.

You may be brainwashed

Did your professor ever tell you about how unjust the world is and how you should fight that together? That’s just two people talking, not a person with authority recruiting you into a zealous organisation, right?

Well, guess what, everything is possible in Gotham University! That’s exactly what happened to Michael Lane. He became a part of the secret project to become a replacement for Batman. While it started with good intentions, the three participants of this project ended up badly.

Michael became Bat-Devil and terrorised Batman instead of helping him make Gotham a better place. He and his comrades went astray from the path of righteousness and became the monsters they wanted to fight in the first place.

This list was nothing but discouraging up to this point. It might seem like GSU is a hellish place where the worst of Gotham rises to power. But it’s not that bad.

Despite housing the Terrible Trio and Scarecrow, GSU is actually a great place for those who want to become a professional or a superhero. For instance, you’d learn computer science from Barbara Gordon, the daughter of the head of Gotham City Police Department.

She’s not just a professional, but a superhero too. Barbara first tried to make a difference as Batgirl. Later, when Joker shot her, she survived but became confined to a wheelchair.

Did that stop her? Gotham superheroes are tougher than you think. Barbara renamed herself Oracle, made computer systems her superhero weapon, and went on fighting crime.

Now, that’s a teacher worth looking up to.

Does working while studying seem hard? Imagine what it would be like if you had to study and fight against criminals at the same time!

A superhero’s life isn’t easy in the slightest. You have to get up in the morning to get to a class led by a potential villain, do your homework, and then change to a hero suit to patrol the streets of Gotham. With this insane amount of nighttime activities, you will probably be on Adderall most of the time.

With deadlines ahead, you’d find yourself contacting a company for custom paper help on your way to Joker’s lair.

You can make a difference

The ultimate lesson GSU would teach you is that you can make a difference in the world despite all the hardships.

Some of your teachers and peers might be against you. But there will always be those who share your worldview. There are always people who are worth looking up to and working with.

Even when your degree and your superhero career make you work for days on end, you can handle it. You can find friends, fight corruption, and make the world a better place. Well, that’s until someone close to you dies, and you go rogue, but that’s another story.