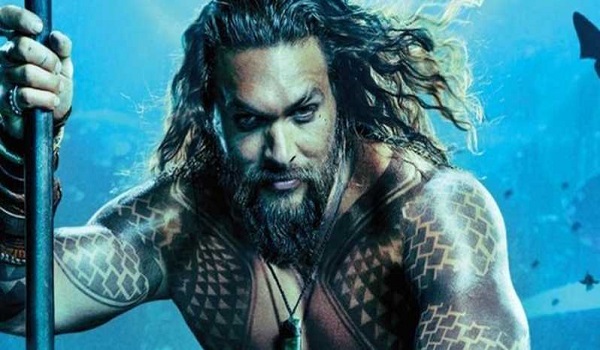 Well look at that, Aquaman‘s worldwide box office number passed one billion dollars and it’s not a bad movie as far as most people are concerned.  After the disappointment of DC’s subpar cinematic universe entries (save Wonder Woman), Aquaman outperformed most expectations.  With Aquaman‘s underwater rock star shenanigans in the can, is the DCEU continuing a trend of lighter tone movies, especially with the upcoming Shazam movie in April?  We think it’s a resounding yes.

Aquaman had its serious moments of gravitas, but it didn’t really take itself seriously as a whole.  The bright color palate was a breath of fresh air from the usual shades of dour gray and black from past DCEU movies.  Then there is Shazam, whose director and lead star both called it “Big with superpowers.”  The two following movies of the DCEU will be Birds of Prey and Wonder Woman 1984.  It is clear the trend is moving towards fun adventures and shenanigans instead of dark, broody sad times on rooftops. And no, we haven’t forgotten the upcoming Joker film set for October; it is clear from the premise and interviews that this film will not be set in the DCEU and will be a standalone piece.

The DCEU before Aquaman has been all misses and one hit.  Man of Steel, Batman Vs. Superman:  Dawn of Justice, Suicide Squad and Justice League were critical flops, despite making a ton of money.  Wonder Woman has been the only exception amongst them—earning acclaim and great box office numbers.  Other than Wonder Woman, the major complaints of the DCEU ranged from the color scheme, to the writing, to the average-at-best CGI, and to the poor attempts to copy the MCU.  Or in Suicide Squad‘s case, copy Deadpool.

We really believe that a lot of the blame for the lackluster DCEU belongs mostly to Warner Brothers as a whole—especially executive meddling.  Reports during the production and post-production process told vigilant fans that Warner Brothers had a large influence in the DCEU movies changing so much, especially with Suicide Squad and Justice League.  The fact that DC does not have a studio of its own to produce superhero movies also doesn’t help.

But with Aquaman, Warner Brothers and DC executives might have heard the very loud complaints and criticisms and took it to heart. However, the ensuing lighter tones might backfire. The advertising for Shazam definitely aimed more for children than grown fans.  It would be fine to target the movie at kids since the main character is a kid, but it might also alienate the older fans.

Ultimately, DC is not Marvel Comics. We really wish someone at DC or Warner Brothers will realize people love Marvel and DC for very different reasons. Even with the turn towards more lighter toned movies, DC and WB have already successfully messed up a Superman movie, a Batman and Superman movie, the Justice League, and the Suicide Squad.

To be honest, some of us here at A Place to Hang Your Cape didn’t bother to see Aquaman and might skip out on Shazam as well. Let’s face it, most of us will be focusing our attention on Captain Marvel and Avengers:  Endgame. We have constantly been disappointed by Warner Brothers’ take on the DCEU. They will continue to put all their efforts in attempting to catch up with Marvel only to fall short. While the rocking fun of Aquaman or the childish nature of Shazam is a nice change of pace, it might be too little too late for the DCEU.

Warner Brothers won’t focus on what makes the DC characters special and remain popular for eighty years or so. Instead, they will spend energy and time focusing on copying Marvel Studios’ approach to making blockbuster and well-loved movies.

Still, despite the previous disappointments, the decent reviews of Aquaman might urge some of us to eventually watch it. After all, if Wonder Woman succeeded, why can’t another DCEU film do the same?

What do you think? Is the lighter tone of Aquaman, Shazam, and possibly beyond a good thing? Or is it a little too late?  Let us know what you think  in the comments or send us your thoughts on Facebook or Twitter!