Home » Is the Sonic the Hedgehog Movie Already Doomed? 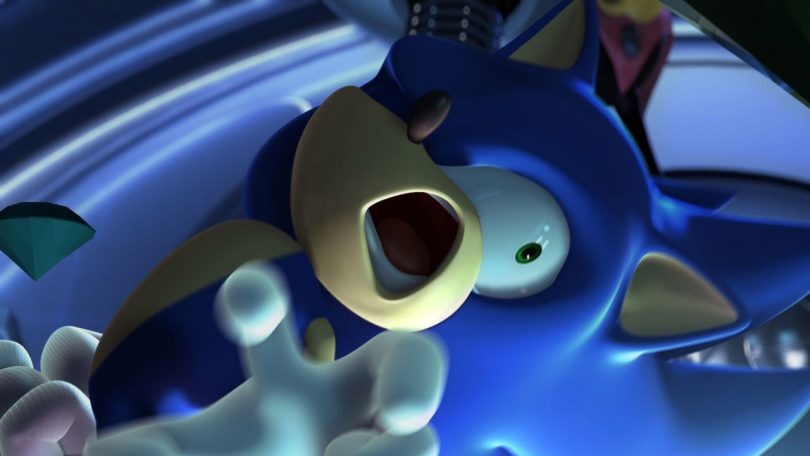 There are many highly anticipated movies coming out in 2019. Who would have thought that we would be losing our minds over Detective Pikachu? Sadly, not all films can have such luck and one film that no one appears to be looking forward to is the upcoming Sonic the Hedgehog. Sonic’s live action debut could be doomed from the start, if the marketing is any indication. You get this feeling of dread, that the film will suck, just looking at the promotional posters. But, maybe people are overreacting. How bad could a Sonic film be?

As the posters indicated, Sonic has undergone quite a redesign. I mean, just look at it! 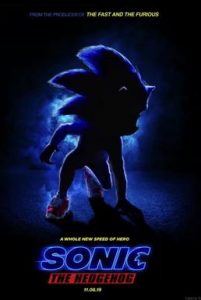 What is this thing? It is uncomfortably creepy. It’s as if the character designers concluded they needed to drift as far away from Sonic’s classic look as possible. Everything about the design is wrong. The human-esque limbs, the shoes, the proportion of the head. Early indications from interviews with the film crew point to a more realistic design with Sonic. Yes, because a talking, blue, supersonic hedgehog needs realism. According to the character designers, the changes were made to make Sonic fit into our world.

Yes, the film is going to be set in our world. That would explain why Sonic has undergone such a dramatic change. Unsurprisingly, the fanbase hated the new design, and we were just getting started. A second poster was released, and it is even worse. 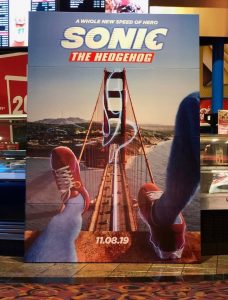 The legs have been made to look more suitable for a creature that can run at 300 mph. But still, the look remains weird. And who thought it would be a good idea to position the point of view in a crotch shot? And why would Sonic wear laced sneakers if he’s running at supersonic speeds? Imagine if he tripped.  There were apparent complaints from Sega itself about Sonic’s design. Naota Oshima, Yuji Naka, and Hirokazu Yasuhara, co-creators of Sonic, expressed negative comments towards the changes. When the original creators and the fans hate it, things don’t look promising.

The strange and unnecessary change to Sonic’s physique has been compared and contrasted to Detective Pikachu, which gave the Pokémon semi-realistic designs, without betraying their signature style. Detective Pikachu is embracing the colourful world of Pokémon wholeheartedly. Sonic’s film appears to be going in the opposite direction, setting it in the real world.

The actual design for Sonic’s live action debut was eventually released, or rather leaked, and was met with a mix of fan rage and disappointment. As one comment on YouTube says, Sonic has been “damned by faint praise”. It is bad, and slightly frightening. Jeepers! Will Smith just got a get-out-of-jail-free-card from the uncanny valley. But, it might not be as bad as people imagined. The images below look like alternating designs, and none of them are exactly invoking positivity for the character or this movie.

They made Sonic the Hedgehog look like the mascot for a disease in a pharmaceutical ad pic.twitter.com/RG1u8KOQjV

So, what’s the story? James Marsden is playing a police officer named Tom Wachowski, living in Green Hills, Montana. Tom crosses paths with Sonic (Ben Schwartz), and for some reason, they will go on a road trip to San Francisco. Dr. Eggman, played by Jim Carrey, is on hand to do evil things. And, the United States government is trying to chase and capture Sonic, again, for some reason. That is all we know so far, and it isn’t promising.

This outline, which I found through bits and pieces, sounds very blasé. More focus on a human cast with the titular character being a guest star in his own movie. Why is Sonic in Montana? Why does he need to go to San Francisco? What are Dr. Eggman’s plans? Why is the government after Sonic? Is he some sort of alien or from another dimension? This is reminding me of Howard the Duck, which had a similar premise. This could be another lackluster, headache of a film that insults and dilutes the source material. From the same cut that Alvin and the Chipmunks, the Smurfs, Yogi Bear, and Garfield were mutilated by. Ironically, those films all kept the classic character designs.

But, perhaps it won’t be as bad as we all fear. There have been some good live action films based on cartoon-y characters. The likes of Paddington and Christopher Robin are well made. Jim Carrey is an odd choice for Eggman, but he is a very talented, expressive, and hilarious actor. Ben Schwartz has past experience in voice acting, including the DuckTales and latest Teenage Mutant Ninja Turtles reboots.

And perhaps the fanbase is burning the barn before we’ve even see anything of the movie beyond dodgy character designs. It wouldn’t be the first time the Sonic community has been universally nit-picky and whiny. On the other hand, Sonic the Hedgehog could be a total train wreck. Worse than Sonic 06, worse than the Sonic Boom games, worse than the Archie Comics lawsuits. Changing the core details of the franchise is already raising flags, and the storyline doesn’t sound very interesting.

You can probably guess what I would do if I were writing/directing this film. That’s right, adapt the 1993 “SatAM” animated series, or the defunct Archie Comics, into an animated film. The problem with adapting a piece of fiction with few humans into a live action setting is a definitive hassle. This means you have to include human characters and take attention away from the main characters. Just look at the first five Transformers films. Sonic going on a road trip with a random cop doesn’t scream exciting or fun. Does this mean Sonic is going to be lazing around in a car or RV with James Marsden. He is Sonic. He runs fast. No one will want to watch a Sonic movie where he doesn’t run.

Will the rest of Sonic’s friends like Tails, Knuckles, or Amy Rose be appearing? And if so, will they receive the same extreme makeover as the Blue Blur? The re-designs in Sonic Boom were maddening enough, but they look perfectly fine compared to what the posters tease.

Now, perhaps we were unknowingly prepared for a live action Sonic feature with drastic changes. Several years ago, Blue Core Studios released a live action short film that suggested how Sonic could work in such a setting. It was an interesting but rather flawed presentation. The Sonic model was quite off-kilter, but Jaleel White, who voiced Sonic in three consecutive animated series, reprised his role. And there was a strange number of cameos from YouTube and Screw Attack creators. Sonic’s design was a little weird, but at least it was on point and didn’t shy away from its origins.

Sonic’s world doesn’t have the most well-oiled mythology, mainly because Sega seems uncommitted to fleshing out his world or characters. Their mandates for the Archie Comics post-lawsuits and reboot say enough about that; gutting the comic books of any integrity for the sake of preserving an honestly dated character. Still, there are a lot of characters and goofy lore to pick from – e.g. the Chaos Emeralds, the Power Rings, the Special Zone, Chaos, Shadow and his past, the Badniks, everything from the cartoons and comic books.

Instead, the filmmakers have chosen to go for a more mundane storyline by the sounds of it. It might work, if say James Marsden hires a winnebago and he and Sonic go about across America, picking up Sonic’s friends along the way. It could just be ninety minutes of Cyclops cracking jokes with CGI talking animals, and it might work. But, the finer details of the plot are a mystery, and the presence of the US government chasing Sonic is a groaner. It does bring up memories of Sonic X, where Sonic and friends wound up in our world. If it is like the anime then it might work.

Still, it is early days in the Sonic movie’s countdown – the movie doesn’t come out until November. Meaning we have ten months to wait until this film comes out, and opinions are bound to be made as more marketing comes out. I like to believe every film has the potential to be good, but so far, my optimism for Sonic isn’t bright.

Are you dreading Sonic’s live action movie, or do you think it will be fun? What are your thoughts on the marketing so far? Leave a comment below, or on our Twitter and Facebook feeds.