Home » Lessons in Empathy: Does Captain Marvel Establish a New Era for Villains in the MCU? 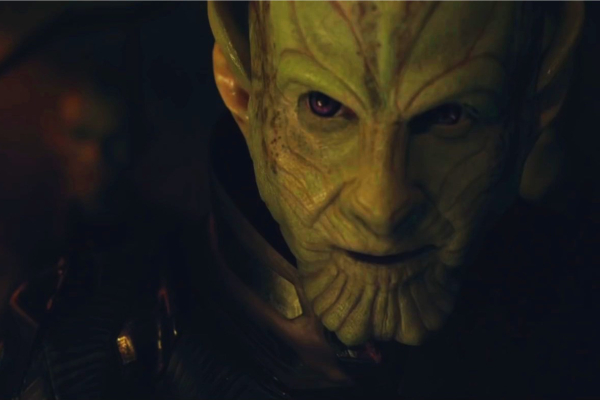 It’s neither a well-kept secret nor an original observation that the Marvel Cinematic Universe isn’t the strongest at creating three-dimensional villains. As Graeme McMillan succinctly puts it, MCU villains can be categorised as either an “Unstoppable Monster” or a “Professional White Guy In A Suit With An Ego”. Still, MCU villains sustain themselves time after time as charismatic monsters and white guys in suits, at the very least. After all, who doesn’t want to enjoy the likes of Mads Mikkelsen, Jeff Bridge or Hugo Weaving portraying comic book baddies? But after 10 years, their logic remains much the same as the heroes, stories and stakes evolve into the cosmos. Can anyone really tell me the difference between Obadaiah Stone and Darren Cross? Captain America: Civil War feels like an unintentional comment on how the heroes are the more engaging characters.

2019’s Captain Marvel however provides a more distinctive rhythm on the MCU’s well-worn tone. Captain America: The Winter Solider established that not all in the MCU is as it appears, and that the bad guy can exist right under your nose the whole time. Captain Marvel extends that logic from an enemy outfit on the inside to a race of aliens, led by a well-rounded leader, the seemingly bloodthirsty Talos. Twisting the humanoid heroes versus space aliens concept on its head, the war between the Kree and the Skrulls is thrown into a moral asunder for Carol during the course of the film.

Carol spends much of the first half in an amnesiac state, living on the planet Hala and fighting alongside the Starforce, but experiencing flashbacks of a past she can’t recall. Eventually, she recovers the memories of her past and has the truth laid bare for her by Talos. The revelation comes in a superbly executed scene at her friend, and former co-pilot in the U.S. Air Force, Maria’s house, when Talos tracks her down and calmly turns the tables by explaining the Skrull’s side of the story. Talos gently diffuses the tension in this home invasion, helped by a slight touch of physical comedy as he and his scientific adviser failed to comprehend the location of Watson’s laboratory related to it being in the Earth’s orbit. From here, Captain Marvel heightens its galactic Cold War credentials as the tables are turned on who exactly is the hero and the villain without hugely disrupting the motives of either side. It’s an enjoyably welcome step in a fresher direction compared to past MCU villain fare. 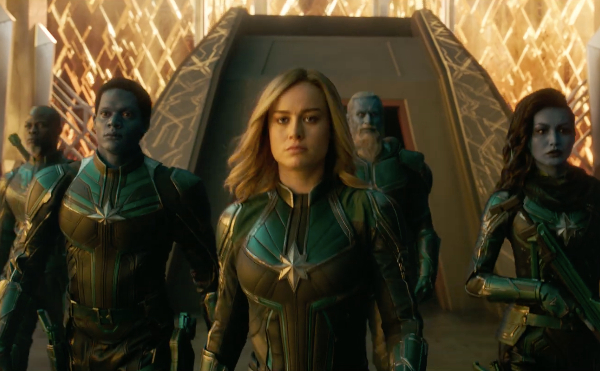 Where then does this leave the Kree, now the true enemies of the film? The closest we come to directly uncovering their true motives is in Carol’s assertion that they simply insist on fighting the Skrulls because they refuse to submit to their rule. Further evidence of their darker deeds are found in their exploitation of Carol, as a character and a superhero. Why they do this however, is left unresolved. Unboxing the Kree’s true intentions goes no further, and we’re left with a bitter fulfilment of artificial totalitarianism. So close are we to the film’s climax at this point that it doesn’t allow itself time to overcome this problem. The Skrull therefore have every reason to escape from the Kree, but we’re left wondering why the Kree are chasing them in the first place. It’s neither a confirmation nor denial of a general lust for dominance and power that causes most of the MCU’s villains to blend in with each other.

The film ends with Carol dispatching herself to the stars and heading back to Kree to settle the score. In-between that finale and the upcoming Avengers: Endgame, 24 years will have passed. Plenty of time to untangle the web the Kree weave for themselves, but as the first post-credits scene of Captain Marvel shows, we probably won’t see any of that. Still, Carol’s story in the MCU has only just begun, and the all-but confirmed sequel to Captain Marvel gives itself ample room in exploring more cosmic adventures against the Kree via the lengthily time-span between this film and the bulk of the MCU, if a sequel were to go down that direction. There’s clearly unfinished business at play here, not just in Carol’s confrontation with the Kree, but with the wider impact the Kree has in the MCU and their overall identity.

Further films may well clarify the Kree’s stance, but in the context of this single film alone, I was left wanting to discover more. My earlier point about Captain Marvel being a step in the right direction now feels a tad disingenuous. Rather than a step, it feels more like a stumble, even if it remains in the right direction. At best, we could take this as the self-reflective comment the MCU gives itself on how it handles its villains, acknowledging that newer methods must be tested if audiences are to remain hungry for more.

What did you make of the Skrull’s and the Kree’s portrayal in Captain Marvel? Let us know in the comments section or send us a Tweet!