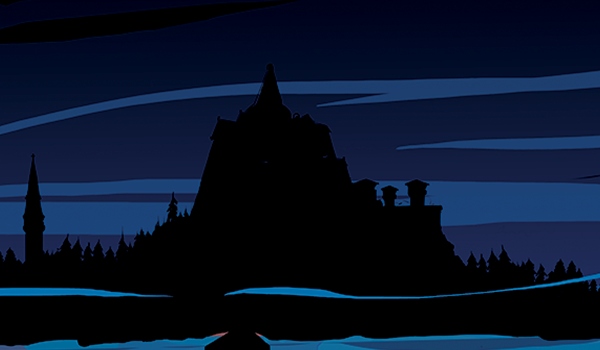 There is an old form of method when picking up a comic book for the first time: the hook. Will or won’t I get hooked into the series from the very start? Some comics, rightfully so, take some time to establish themselves with a much deeper story than the front cover portrays. Ghost Island, written and created by Joseph Oliveira with art by Anabela Turlione and lettering by Justin Birch, is no exception. Right out of the gate, we have a black credit page with the listings written in an eerie dark-red font. This alone told me that I was in for something truly haunting.

Long before he can open his new (and rather odd) theme park, a wealthy entrepreneur hires a handful of onlookers to give it a first impression. Located on an island, that of which gave me a Skull Island vibe from King Kong, he’s collected the spirits of the dead. Leading the pack of observers is Joshua Evans, a psychic. A series of flashbacks paint us a picture of some of the individuals who are on this island, including Josh. His past is rather dark and complex. I feel Oliveira scored big here with this decision. A common pattern I notice with backstory is to milk the history of each lead character and then leave the single-issue on a cliffhanger. Instead, Oliveira masterfully takes us on Josh’s journey whilst still keeping the present setting alive and vivid.

Once certain members of the group begin to disappear, the real fun begins. Josh connects his family’s history to the occurrences of what is happening around him. He begins to suspect that things aren’t what they seem, and witnesses the group fall away into chaos. Having read three issues of this spine-tingling series, I must say that I’m most intrigued as to where it goes. Oliveira has built a highly interesting story and the possibilities are endless in terms of character development. It would be a pity if the series dithers into an oblivion of nothingness.

Of course, no true comic book is complete without the work of a great artist. Turlione is tremendous. There’s definitely a shade of The Walking Dead within this series in terms of the use of black and white, but she differentiates herself with a perfect blend of close-ups and landscape. What particularity stood out to me was each panel depicting the conversation between Josh and the entrepreneur. Dialogue goes a long way in this medium, but Turlione keeps up to pace with her spectacular visuals. A true form of genius indeed!

The trio of Oliveira, Turlione, and Birch make up team with chemistry that I would love to see more of! Their work here is nothing short of flawless. The amount of time and dedication to this particular story bleeds off of their pages.

Are you a fan of Ghost Island? Will you be backing Ghost Island #5, now currently crowdfunding on Kickstarter? Let us know in the comments section below or send us a Tweet!