Home » Mental Warfare in the Village: In Conversation with Dean Motter, Creator of The Prisoner: Shattered Visage 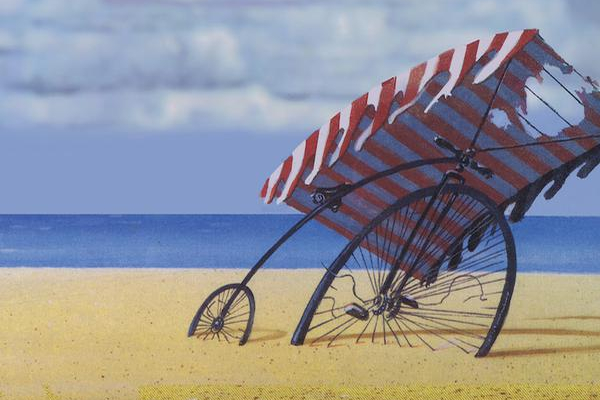 Over 50 years since The Prisoner baffled and entertained the world with its delirious, psychedelic take on the spy-fi genre that ballooned in popularity on TV in the 1960s, it remains a seminal entry in cult entertainment. Last year, Titan Comics began publishing a new limited series spun-off from Patrick McGoohan‘s TV series, The Prisoner: The Uncertainty Machine.

With the series now finished and released in a collected form, Titan Comics has also reprinted The Prisoner: Shattered Visage, the 4-issue sequel to the TV series originally published by DC Comics between 1987 and 1988. Shattered Visage opened the Pandora’s Box, gently unplucking various secrets and mysteries that were left unsaid in the TV series, and brought fresh characters to do mental battle in the Village, where an aged Number 2 remains in self-imposed exile, and Number 2 busily unleashes his own dangerous plans.

Created by Mister X‘s Dean Motter, with illustrative help from David Hornung and Richmond Lewis, and co-written with Mark Askwith, we caught up with Dean to journey back into the Village.

AP2HYC: The Prisoner: Shattered Visage was originally published in 1988-89 as an ongoing series by DC. How did the comic originally come to life?

Dean Motter: DC Comics had had some great success with upscale books like Ronin, The Dark Knight Returns, Watchmen, etc and were looking for more projects for their “prestige format” (pre-Vertigo) line. Richard Bruning, their art director at DC knew I was fresh off of the original incarnation of Mister X and approached me with the idea. I had been a fan of the show when it aired and I was familiar with the earlier attempts at it. I was sceptical. But I thought about it that night in my hotel and came up with the idea to revisit the Village 20 years later with a new Number 6. It was a go. 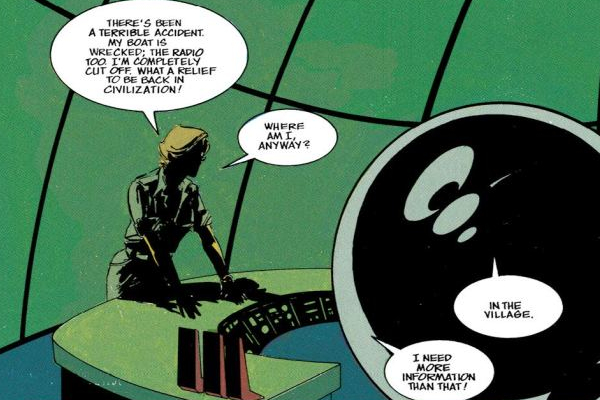 AP2HYC: You mention in the newly collected edition of Shattered Visage that you’re a fan of the show. Had you always wanted to write a fresh incarnation of The Prisoner?

Motter: I never thought of doing a comic book incarnation of the show until that visit to New York.

AP2HYC: Was it a challenge to transfer The Prisoner from being a television show to a comic book medium?

Motter: The trick, as I saw it for transferring The Prisoner to comic book format, was being true to the spirit of the show – not answering the questions that were its spine, and being faithful to the unique visual style and settings of the series.

AP2HYC: Shattered Visage expands on the world of The Prisoner, placing the secretive organisation Number 6 originally worked for at its core. Yet it also exploits into the speculative nature of the series, and many secrets are scattered throughout the comic. What was the process like in writing this story with Mark Askwith?

Motter: Mark was originally recruited to help me with the research. He was a friend and early ‘godfather’ to my original incarnation of Mister X. But as we worked on the material needs of the series it became obvious that we had a chemistry that went beyond that resource. He began contributing story ideas and eventually scripted pages that made sense to formalise that collaboration.

We both knew the series well, and had been fans of the spy shows of the 60’s and 70’s (Secret Agent, Mission: Impossible, I Spy, The Man From U.N.C.L.E – as well as the James Bond films) and the bestsellers like Tinker, Tailor, Soldier, Spy and John le Carree, etc. We met weekly and did back-and-forth on the script until lo, we had a working narrative. With help from Britain’s Six of One Society, we also had a wealth of visuals and behind-the-scenes information on the show. 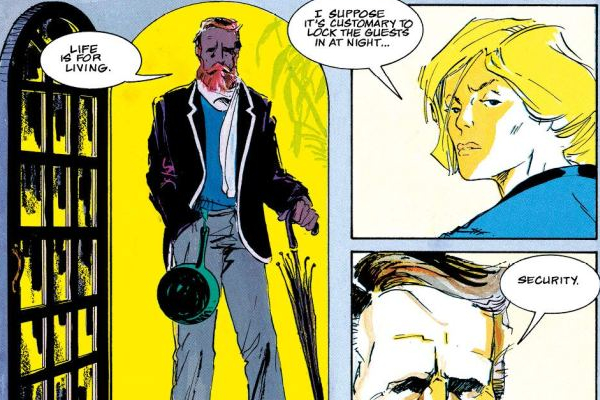 AP2HYC: Much of Shattered Visage sees Number 6 continuing his mental battles with Leo McKern’s Number 2. Why did you want to tap into that aspect of the original series?

Motter: McKern’s No. 2 was the only No. 2 to recur. So it was natural to cast him as the antagonist. He had an authoritative, and avuncular air about him as well as the sinister. And given his final efforts with No. 6 it seemed he would have some “unfinished business” with him. So the mental games lent themselves to his grudge match with them appeared to be his one failed task; breaking No. 6. Revenge for that seemed to be natural – and did not require underlings or colleagues to complete it.

AP2HYC: Shattered Visage has some interestingly constructed panels, which play around with the reader’s perspective. It feels as though you’re tipping your hat to the original series’ own psychedelic qualities. How did you go about deciding how Shattered Visage should look?

Motter: Much of the look of the series was instinctive. I relied on my best skills in the visual storytelling. My influences in my early comics career were Adams, Steranko, Moebius, Minara and Toth. But I wanted as “realistic” a style as I could render, rather than my more Eisner-influenced style that I currently use on Mister X. It was important that it came as close to “filming” it as possible so that the contrast between TV and comic book wasn’t a jarring one.

AP2HYC: David Hornung and Richmond Lewis bring a distinctive colour pallet to the comic, soaking the Village in rather neon-esque colours. What was it like working with them?

Motter: I wanted a painterly approach to the colour that would match my drawing style. I was impressed with Richmond’s work on Batman: Year One. She recommended David and they took the ball and more or less ran with it. I did some touch-ups and airbrush work on some pages to ensure some of the nuance that I envisioned for the sake of story-telling, but by in large they interpreted the script with some minor direction by editor Richard Bruning and delivered exactly what I was looking for. 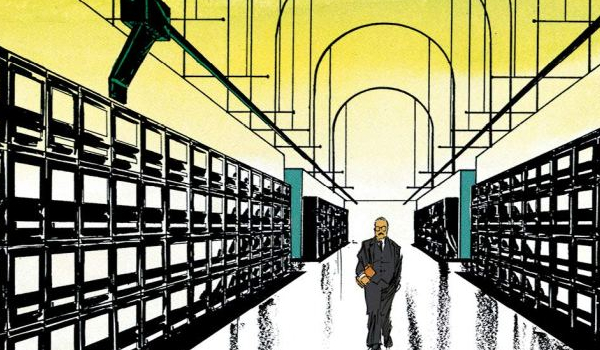 AP2HYC: Looking back on the comic 30-odd years after its debut, what sticks out in your mind about Shattered Visage? Was it a rewarding project for you to put together?

Motter: 30 years later I remain proud of what we were given the chance to do. Working with the material Six of One sent was invaluable as no commercial VHS tapes of the show existed at that time. So reading accounts of its production, studying the photographic reference made me feel almost part of the scene. It was fascinating and an exciting part of my career. It opened doors and made connections, I was pleased with the response and remain so.

You can discover more about The Prisoner: Shattered Visage from Titan Comics, as well as Titan Comics’ original spin-off to the show, The Prisoner: The Uncertainty Machine. Are you already a fan of the comic book spin-offs of The Prisoner? Let us know in the comments section or send us a Tweet!