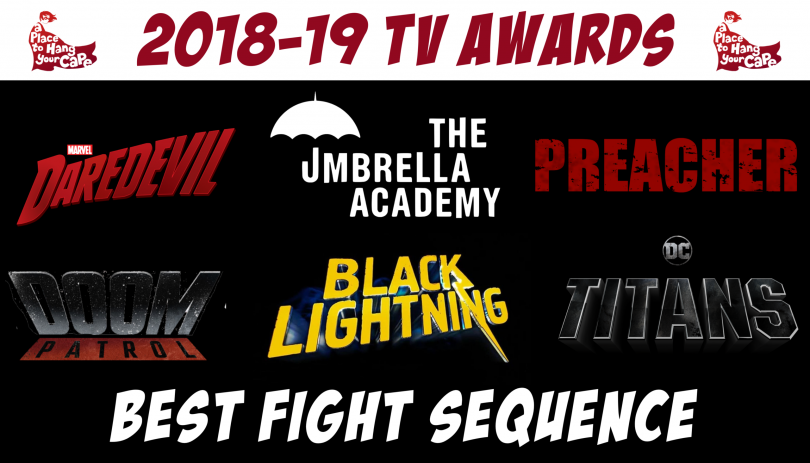 What’s a superhero show without fights? While many shows gloss over or make their fights look bland and uninspired, these shows prove that fight choreography is an artform.

This was the fight scene that put Titans over every DC CW show combined. With a Foo Fighters cover of Kids of America, Robin, Hawk, and Dove beat up some random thugs in an alley that both shows off their individual skills and how they work together as a team. There’s some fantastic choreography that solidifies Titans as a show with epic fights. Honorable mention to the team fight vs. the Nuclear Family from episode 5.

This is probably the only major fight scene in Doom Patrol, but boy does it make an impact, and it starts with Robotman smashing a Nazi’s head in against the floor. Hammerhead and Silvertongue lend their help with their creative powers, and Cliff even rips a guy in half and beats another guy with his legs. It’s a short fight, but it’s perfect for this show. “Auf wiedersehen, mother fucker.”

Daredevil’s trademark one-shot hallway fight scene was taken to a whole new level in Season 3. The single shot scene lasts over 10 harrowing minutes (which we couldn’t find a full video of) and is an incredible achievement in stunt and camera choreography. 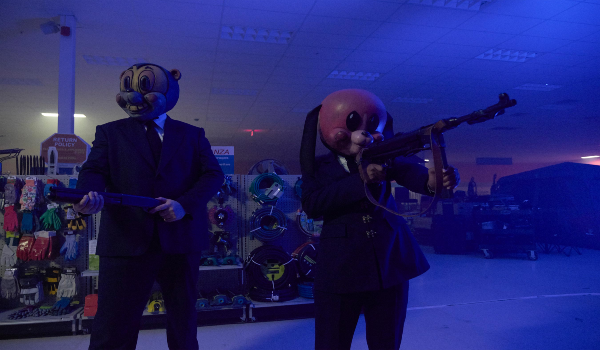 While not exactly a fist fight, this showdown between Number 5, Hazel, and Cha Cha is shot beautifully and scored with Queen’s “Don’t Stop Me Now”. 5 uses his powers to evade gunfire and fight back, while trying to protect Delores and escape the mysterious agents in over-sized masks. Apologizes for the lack of video, Netflix is strict about what makes it to YouTube.

This is the second fight Anissa as Blackbird has against members of The 100 Gang, and while it’s short, it really sets itself apart from other DC CW shows, having a seeping long shot while showing off just how well Anissa can fight, even without her powers, which she only uses at the end.

Preacher is known for their awesome fights, but this one took the cake in Season 3. Tulip vs. TC is funny while using improvised weapons, while Jesse vs. Jody is violent and hardcore. The music, Warren Zevon’s “Werewolves of London” make this feel like just an everyday occurrence for these four heavy hitters.