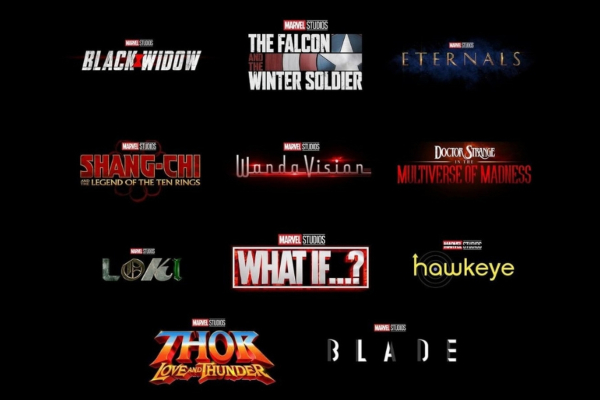 Another SDCC has come and gone, and with it fresh news of the future of the Marvel Cinematic Universe. We’re rather used to the big reveal of the MCU’s latest Phase, but this particular Phase is all the more intriguing for fans as it sets up the state of play for a post-Endgame MCU. With the Infinity Saga wrapped up and new heroes and villains on the horizon, Marvel has now revealed their latest batch of films and TV shows that will form Phase 4, and it’s… an eclectic choice of adventures.

Phase 4 appears notable for the films it doesn’t include as much as the entries it does include. Previously-announced films including Black Widow, Shang-Chi, and The Eternals form part of Phase 4, along with sequels to Doctor Strange and Thor. Absent from the line-up are Black Panther 2, Guardians of the Galaxy 3 and Captain Marvel 2, a trio of sequels many thought would form integral parts of the MCU’s immediate future after Avengers: Endgame. James Gunn has since revealed on Twitter that Guardians of the Galaxy 3 is simply being held up by his continued work on The Suicide Squad, but Carol Danvers and T’Challa’s absence is all the more baffling. In Carol’s case, considering both her debut movie and Avengers: Endgame set her up to be an almighty force in the MCU, no officially slated sequel remains puzzling.

What we do have though is an enjoyably diverse collection of characters new and old, yet mostly new. A twist in the tale that no-one saw coming is that the fourth Thor film, Thor: Love and Thunder, will see Natalie Portman wield Mjolnir to become Mighty Thor. What convinced Portman to return to the MCU, one wonders? The presence of the Eternals, a motley crew of genetically-engineered beings, is another thought-provoking entry in the MCU. Much like the Skrulls, they have lived secretly within our society for thousands of years. With the Skrulls already introduced in the MCU via Captain Marvel, having a further secretive race of creatures appears to be somewhat over-compensating. Whatever the masterminds behind the MCU have up their sleeves, The Eternals may very well be flying the flag for injecting further cosmic adventures into the MCU, following on from the space-based stories of Captain Marvel and Guardians of the Galaxy.

The cinematic side of Phase 4 is oddly low-key in terms of how much content we’re actually getting. Some are already speculating that this could be the first chunk of Phase 4, but Kevin Feige confirmed that this is a near-definite line-up of whats to come. Despite the small number of films, their sense of scale could very well be through the roof. The wonderfully-titled sequel to Doctor Strange, Doctor Strange in the Multiverse of Madness, leans further towards the MCU’s growing fondness for exploiting the idea of shared universes. A quick and surefire way to introduce further characters with as little baggage as possible, it seems, when one considers that another MCU film that’s been announced is a Fantastic 4 film. It doesn’t appear on the Phase 4 schedule, but at long last, it’s coming!

Phase 4 looks to be a thoroughly varied and progressive collection. The racial diversity within the cast for The Eternals, two female-fronted movies, and an Asian and black-led movies in the form of Shang-Chi and the Legend of the Ten Rings and a fresh incarnation of Blade. This all taps into my previous speculations about what the MCU needs to do to remain interesting and relevant to audiences, both hardcore fans and the causal cinema-goer. However, these upcoming films only form part of Phase 4, as Marvel marches on with a new slate of TV shows. 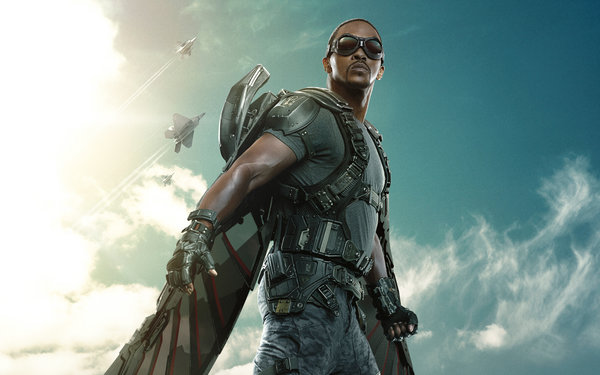 Along with the regular stream of films, Marvel is upping its TV empire with a batch of new shows to coincide with the launch of Disney+. The Falcon and the Winter Solider, WandaVision, Loki, Hawkeye and What If… will all be released between August 2020 and sometime in 2021. The character-focused shows will all take place after Avengers: Endgame (which brings to mind how Sam is retaining his Falcon persona if he’s now the new Captain America?), whilst What If… will explore alternate versions of key moments in the MCU’s history.

It’s a curious collection of characters to launch Disney’s new web service with. A Loki TV series promises to be an overnight sensation, yet the rest focus on characters who don’t have as big a cinematic draw as other heroes and villains scattered throughout the MCU. Then again, these under-represented characters have been a part of the MCU for some years now, and can hardly be considered ‘new’. Their stature and the premises of their respective series tying into certain Phase 4 films may be enough to cement some initial success.

Additionally, these shows could offer fans an intriguing glimpse into a post-Endgame life for these well-worn characters. Whilst the films will focus on mostly new heroes in the MCU, the Disney+ shows distinguish themselves by focusing on older characters, not all of whom have been at the centre of the action or story in the past.

The Marvel Cinematic Universe continues to stride on with fresh creative choices and incentives to fans for keeping things interesting. Feige hinted at Phase 4 serving as a new beginning, which encapsulates the mixture of the inconspicuous amount of films and the focus on new, untapped aspects of the MCU’s mythos. As ever, we’ll await with bated breath as to how the MCU progresses now that the world no longer has its traditional team of Avengers.

What are your thoughts on the Phase 4 reveal of the MCU? Let us know in the comments section below or send us a Tweet!