So, you’ve caught the Iron Mania after seeing Robert Downey Jr.‘s portrayal in the MCU. The melancholy has set in after Endgame and you’ve just about settled on whether you’re going to need Downey or Stark levels of drunkenness to get yourself out of this funk. But I’m here to say you can put down that handle of Devil’s Creek, because there’s still some Iron Man fun to be had, albeit in a rather unexpected place: Nickelodeon’s Iron Man: Armored Adventures, now on Netflix.

Centered around the adventures of a teenage Tony Stark, Iron Man: Armored Adventures takes a very different approach to the character than we’ve seen in other versions. Here, Tony faces many of the same problems that have typically challenged Peter Parker: balancing school with superheroing, being forced to lie to parents and teachers, making time for a love life… in short, surviving the jungle that is high school. Add onto that the fact that the company he will inherit on his 18th birthday is currently being run by Obidiah Stane, whose two main goals are to acquire the Iron Man tech and prevent Tony from claiming his birthright.

As Tony takes on the mantle of Iron Man and becomes New York City’s latest protector, his friends, Rhodey and Pepper, join him in his crusade to solve the mystery of his father’s death and locate the far more mysterious Makluan rings.

But David, you say, isn’t that just another silly kid’s show? How can I be sure that Iron Man: Armored Adventures will fill this arc-reactor-shaped hole in my heart? Well, I’ve got five excellent reasons why it just might surprise you, and give you a whole new way to get your Tony Stark fix. 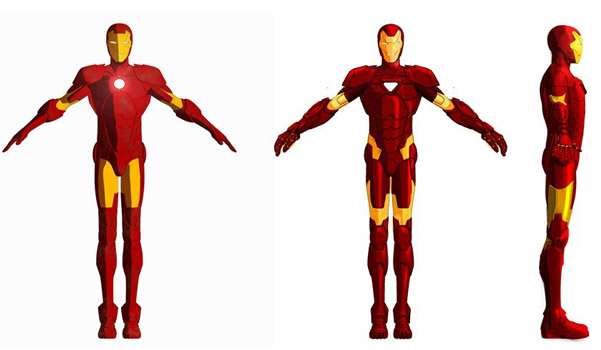 Everyone knows that for any cartoon series to be successful, the animation’s style must match the show’s content (just ask the creators of Batman: TAS). Iron Man: Armored Adventures uses mostly computer animation, with a very bright color palate. This meshes perfectly with the show, given its technological slant, as well as setting the light tone for the show.

The character and armor designs are also quite slick, and there is a real variety in Tony’s armors. I also particularly like the way Tony’s suit expands from his backpack (a much nicer way to armor up than in Iron Man).  And that doesn’t even go to mention the excellent action sequences, which are as thrilling as they are aesthetically pleasing. 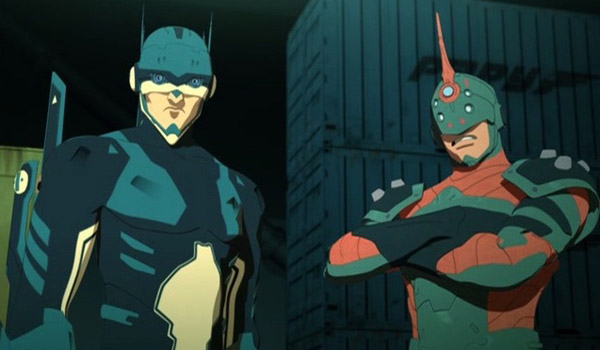 In a lot of cartoon superhero shows, you find the heroes running up against villains that constantly fail the Fridge Logic test. Teen Titans is perhaps the worst offender, but even the late, great Young Justice fell prey to a nonsensical villain or two.

Iron Man: Armored Adventures, however, seems to have a bit less of a problem with this. Most of the villains get their powers from technology, the same as Tony, and for the most part, it makes sense that these things exist in the same world as Iron Man. Even the Makluan rings feel like a natural extension of Tony’s world.

Okay, so maybe the names of the villains are a bit off, but hey, it’s still a kids’ show.

3. The Cameos Aren’t Over The Top 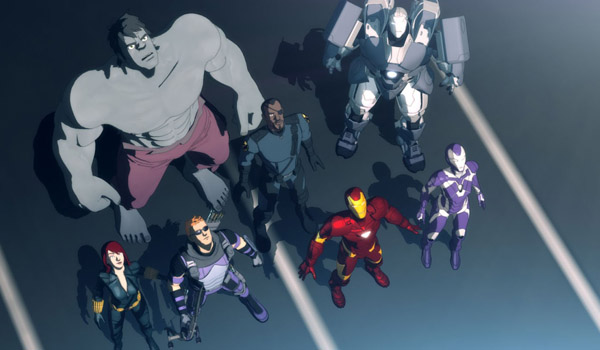 While it’s always nice to know that Marvel or DC characters actually exist in a universe full of other heroes (as opposed to being on their own) sometimes cameos can feel a bit forced. Iron Man: Armored Adventures manages to avoid that by simply throwing Tony into the full Marvel Universe and not making any bones about it. The Hulk, Nick Fury, Hawkeye, and Black Widow all make appearances, while other characters are subtly referenced (like Tony enjoying a lecture from Reed Richards off-screen).

The fact that Thor and Captain America have been left out also allows for Iron Man to stay in the spotlight during the inevitable Avengers team-ups. Unlike Hawkeye, Black Widow, and even Hulk, Thor or Cap would likely steal Tony’s thunder (especially Thor…) and prevent Iron Man from standing out from the rest of the team.  Also, considering Tony is still a teen in this version of the show, the fact that he’s still the best asset on the team is all the more impressive.

More than just Tony’s best friends, Rhodey and Pepper have both earned their own suits of armor and become superheroes in their own rights. The way this evolves feels rather unique for a show like this, where the two friends are slowly let in on Tony’s secret early on, and it gradually becomes clear that there really isn’t anything keeping Tony from building suits for each of them aside from his own inflated ego and belief that they’ll get themselves hurt.

That said, the show did get a lot of mileage out of the remote control capabilities of the armor and the gyroscopic control chair. In fact, Pepper made quite a nice Oracle to Tony and Rhodey’s Batman and Robin. Still, it’s pretty cool to see three armored heroes joining the fray instead of just the one. 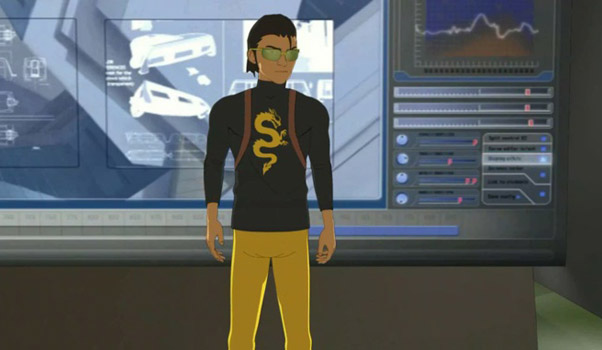 Introduced early in Season 1, Gene Khan is the series’ version of the Mandarin. Starting with just two of the Makluan rings, Gene recruits Tony to help him locate the rest of the set. However, neither is aware of the other’s secret identity, which adds a whole new level of tension to their adventures, especially when each is faced with whether to save the other’s life at the price of revealing their secret.

Unlike similar relationships in other superhero stories, where the hero and the villain are friends in their civilian life, this is perhaps the only incarnation without a romantic angle (think Batman and Catwoman, Spider-Man and Black Cat, Daredevil and Elektra). This allows for a very different form of betrayal once the truth is revealed, not to mention the twists and turns in their inevitable team-up. Gene’s journey in Season 2 is even more intriguing, and the fact that he was kept around at all just goes to show the quality of the show’s  writing.

If you’re still not convinced to watch Iron Man: Armored Adventures, check out our list of the top 10 episodes to help you get started.