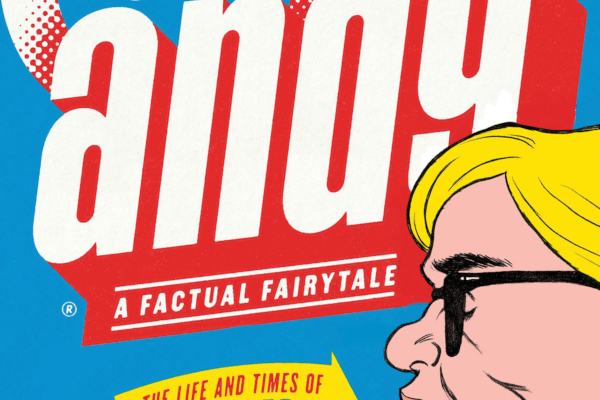 The sense of scale that Andy boasts shouldn’t be ignored. Clocking in at 562 pages and split into 10 beefy chapters, each one carrying its own distinct visual style, Typex‘s immense and immersive capturing of Andy Warhol‘s life is epic in a way few other of SelfMadeHero’s previous Art Masters books are. This is a meticulous piece of work. Each chapter covers varying amounts of time in Warhol’s life, with some spanning a full decade and others only lasting a year, yet each significant event in Warhol’s life is pinned down and vigorously preserved.

If nothing else, Andy is a hefty encapsulation of Warhol’s pop art career and an accumulation of figures from 20th century pop culture who drifted in and out of Warhol’s life. A work of this amount should therefore be matched with a similar level of depth and introspection, yet that’s just about the one stone Typex leaves unturned. For all it’s colossal weight, Andy feels curiously surface-level in its depiction of Warhol’s raucous existence, in which artistic chaos flooded his private and personal lives. Only in a few precious moments during the comic’s first and final chapters does Typex offer some serious reflection on Warhol’s life beyond the glamour. His depictions of Warhol’s childhood years adjusting to going to school and the illness of his father bear a quietly haunting quality that’s lacking elsewhere in the comic. 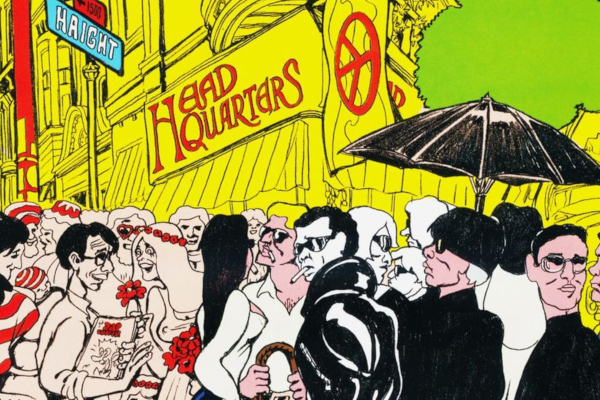 Still, such a move reflects the surface level intentions of Warhol’s work itself, which Andy has great fun in illuminating. From Campbell’s Soup Cans, to setting up the Factory, to joining forces with The Velvet Underground, Typex injects Andy with terrific enthusiasm as we rattle through Andy’s rock star career as he takes on almost every role bar being an actual rocker. Adding to the sense of fun is Typex’s decision to illustrate each chapter in a visual style associated with the era the chapter’s set in. It adds a layer of authenticity to the comic. Weirdly, that itself is another reflection of the comic’s surface level aesthetic, since Typex is reaching into the past to make it look as though Andy is being illustrated in various bygone eras. Artificially authentic, if you will. It’s very tongue-in-cheek, and therefore one thinks that Warhol himself would have loved this comic.

It’s difficult to condense Andy‘s visuals into a cohesive paragraph or two, because there’s just so many visuals going on. Typex flexes his artistic talents in giving each chapter its own flavour, and each of those flavours is tremendously executed, effortlessly invoking the style of past eras in the blink of an eye. For a bulky work such as this, it’s also a smart move to liven the lengthily narrative by keeping the reader tuned in with a continual shift in the comic’s appearance. 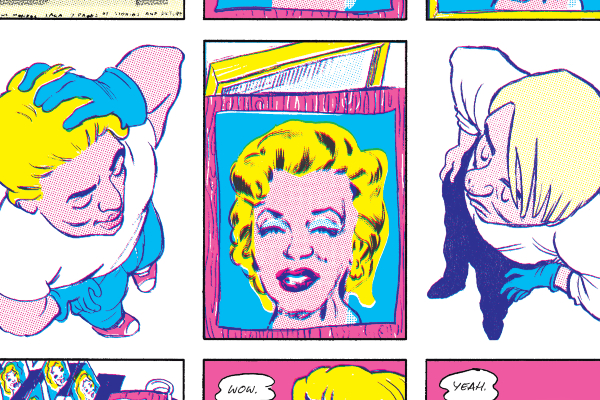 The love Typex has for Andy Warhol is more than obvious, which makes the reader come to the realisation that this really isn’t a comic that’s solely about Andy, but rather, about Andy and Typex. Typex lovingly exploits the life and times of Warhol to let rip his retro-tinged, deftly crafted art, whilst also gathering the decadent, detached existence of Warhol himself. What it lacks in narrative substance it gleefully compensates with sheer, masterful style.

You can discover more about Typex’s Andy from SelfMadeHero. Have you already enjoyed Typex’s depictions of the Soup Can Kid? Let us know in the comments section below or send us a Tweet!