Home » Untitled Generic Space Comedy #1 Is Exactly What You Expect 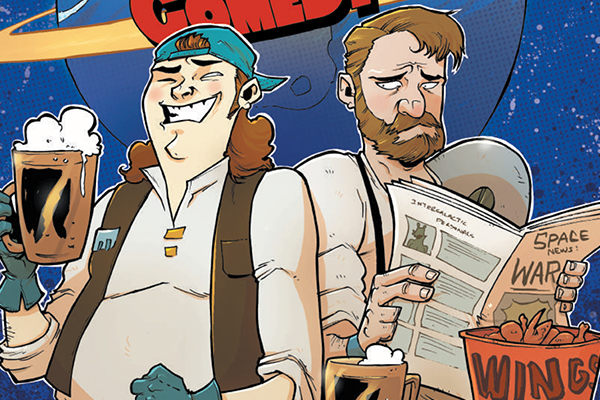 It’s very rare that a title alone can grab the attention of its readers so successfully. Untitled Generic Space Comedy #1 is, well, an untitled generic space comedy, but in the best way possible. It’s time to grab hold of your Han Solo jacket and replica blaster pistol, because this is going to be one fun ride.

The story begins with Jim and Scott, two humans exploring space now that the galaxy is open for Earthlings to traverse. Scott is just looking for a good time and to enjoy his simple job as a distance driver. But Jim, on the other hand, is wants what every nerd dreams of when they imagine space: adventure. He longs to be the next Luke Skywalker and fulfil his destiny, whatever that may be. Fortunately for him, an adventure may be just around the corner, though not in the way he expected.

Untitled Generic Space Comedy is just downright fun. Jim and Scott act as excellent foils to one another and their banter carries through each page. While these characters follow standard tropes we’ve seen before, writer Matt Garvey manages to make these two feel completely fresh and relatable. Although their goals are completely opposite of one another, you still want both of them to achieve them.

In addition to the characters, the premise is also hilarious. It’s an interesting take on the concept of wish fulfilment. Rather than having characters with danger thrust upon them, these guys actually go looking for trouble in the hopes of walking into some grand adventure where they save the day. At least, one of them does. Playing up what the audience would be tempted to do if in a similar situation makes for some great comedic moments throughout the issue. 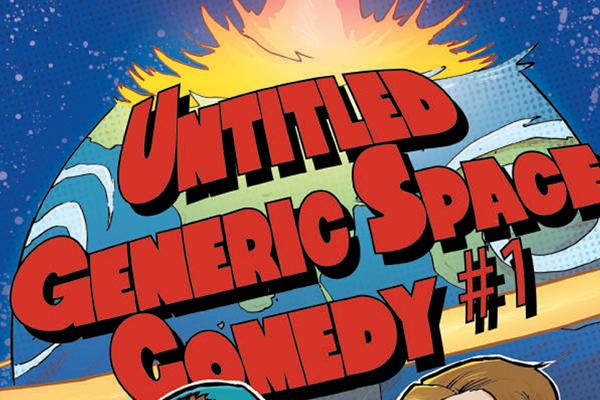 The artwork, done by Allison Hu (colourist) and John McFarlane (line artist), is absolutely superb. The colours, composition, and design evokes the likes of the original Star Wars trilogy while also feeling modern. It’s the perfect style for this story and compliments the overall themes and homages nicely. Characters are very expressive in ever panel and the character designs feel unique yet familiar at the same time. You feel like you’ve seen a Jim or Scott in your life, or, perhaps you are a Jim or Scott. The art helps in grounding its audience to a more relatable level.

Overall, Untitled Generic Space Comedy #1 starts off strong with its unique comedic style, intriguing premise, and hilarious characters. If you’re into comedies with a twist, then this is definitely something you’ll want to check out. If the title wasn’t enough to convince you, then surely this review will. We certainly can’t wait to see where this story takes us!

Be sure to snag your copy of Untitled Generic Space Comedy #1 here! And, if you’ve had a chance to read it, let us know in the comments below or send us your thoughts on Facebook or Twitter!