Home » Ordinary Lives of Superheroes and Alternative History: In Conversation with the Creators of Incident Report 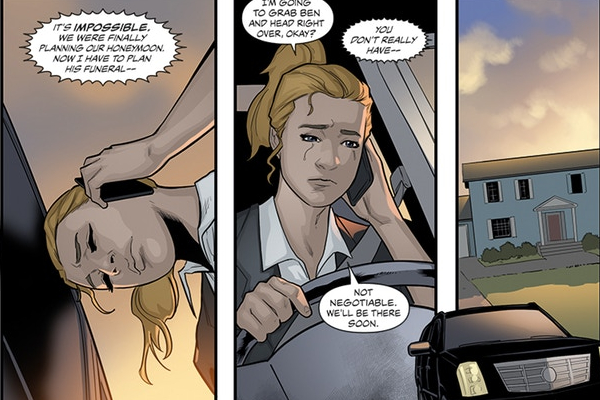 Recently, I got a chance to read Incident Report #1 and it was a fascinating look into an alternate world with powers.  If you’re a fan of crime drama, superheroes, and alternate history this comic is for you.  With the comic in its last few days of its Kickstarter campaign, we thought it would be a good opportunity to catch up with creators Brian Sippin, Mary G. Puppo, and Mark Romero to learn more about their project Incident Report and what more we can expect from Attic Door Media.

A Place To Hang Your Cape: How did the team come together?

Brian Sippin: I met everyone in college and we all were tabletop game fans and comic fans. When a friend of mine started up a tabletop game set in Marvel, I jumped on it and got the others in too. Eventually, we fell in love with our characters much the same way we fell for the ones in the comics we read, but our connection was more personal because we made them and played them. So we had no choice but to keep them alive.

Mary G. Puppo: I met Brian through Mark, though Mark and I had been friends for a few years already. We all played in a tabletop role-playing game together but we found we couldn’t leave the characters at the table and started planning what became Incident Report.

Mark Romero: We’ve all been friends for a long time. I was part of the original game that inspired the story, and I watched for a few years while Brian and Mary worked on this project on their own. When they asked me to help them take the story to the next level, I was excited to get on board.

AP2HYC: What did each of you bring to your team that made Incident Report possible?

Puppo: I’ve been kind of the driving force behind the comic over the years of development. I’ve been mostly responsible for the abstract direction of the world and fleshing out the characters to make them feel grounded and lived-in. I have a deep love for these characters, the world and the genre and that passion helps keep us moving forward.

Sippin: I’m a builder and maker at heart so I’m mostly focused on world-building and developing how the powers and systems in our world work. If this were theatre or film I’d be set design and special effects and this world with its powers is the backdrop of our story. I think it’s important to know how a system, power or ability works. This helps us figure out how to get the desired narrative effect. Once you have a solid idea of how the fiddly bits at the bottom work, the world tends to build itself organically. As they say, “mind your pennies and your dollars will take care of themselves”.

Romero: I have a background in Marketing, so I handle a lot of the business-side of ADM. I also do the issue-by-issue panelling and plotting of the story, taking the set pieces and characters that Mary and Brian create and putting them in motion. 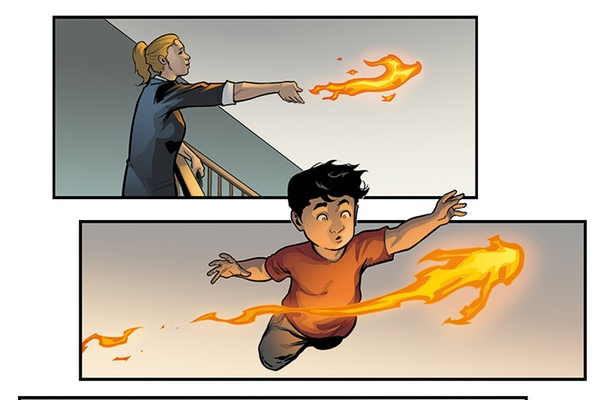 AP2HYC: What were the major inspirations behind the creation of Incident Report and its world of superpowers?

Puppo: Each of us really loves the superhero genre in basically any medium it comes in, but for a while, we were having a really hard time with the state of the genre – reboots, retcons, and characters constantly dying mean it can be really hard to jump in or share our favourite stories. We wanted to create a world with both narrative and real-world consequences surrounding superpowers. There was this HUGE surge a few years ago that brought us some of our favourite stories down to the street level: Peter David was starting his run on X-Factor. Matt Fraction had a PHENOMENAL run on Hawkeye that is still one of my favorite books. Kelly Sue DeConnick was relaunching and rebranding Carol Danvers into Captain Marvel. Gail Simone was on Birds of Prey and then the New 52 Batgirl reboot. So all these reboots were kind of redefining these characters we loved and it really forced us to assess our relationship with these characters and their worlds.

Sippin: Tabletop gaming was a big inspiration overall because the rules and mechanics of gaming helped us learn about pacing and world-building. We had a lot of different influences though. Obviously, Marvel played a big part, but the first season of NBC’s Heroes was a game-changer. We liked the way the show explored the benefits and challenges of powers given to regular people, and we also really connected with the interactive world they built around the show. While their superheroes didn’t wear capes and cowls they still needed to keep their powers secret. The way super-powered people were handled through a more practical lens was fascinating to watch. The first season was really strong, NBC’s use of emerging social media and multiple in-world websites that tied it all together really had a big impact on the way we approached Incident Report.

AP2HYC: Why is it fascinating looking at the world of extraordinary superpowers through the mundane, everyday life?

Romero: Superhero stories tend to be larger than life, but there are a lot of small, interesting stories you can tell about being born with these abilities. For me, I wanted to make sure we showed characters that were more like real people and less like an embodiment of an ideology. We have so many people in our world that put their lives on the line to help others, and while typical superhero stories pay homage to them, the story is never about them. The story we tell is more about our everyday heroes; there just happens to be superpowers involved.

Sippin: Superheroes will always be, well, super cool. But at the end of the day, they are still people: not defined by what they can do but by who they are. Superpowers in everyday life can be a burden just as much as they can be a blessing. We wanted to place superheroes into a world like ours because we think there are interesting and relatable stories to tell.

Puppo: Brian kind of said it, but to add to it, if the individual is changed by powers then so is society. How does that society adapt? This is a global phenomenon – it’s not just that your cubicle mate suddenly flies into the office, your CEO can walk through walls too. How do you suddenly deal with it when this is happening on that scale? 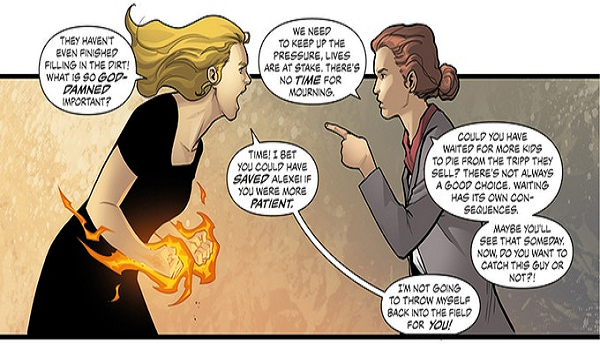 AP2HYC: What other themes do you all hope to explore throughout the progression of Incident Report?

Sippin: I think balancing powers with career and family is a big theme. And this might be old hat, but power versus responsibility is also a part of this story, but I’m hoping we can put a twist on it. In our universe, there are systems in place so that you don’t just get to fly off into the sunset after tearing up a chunk of the street to save a school bus.

Puppo: The idea of Self versus Society will come up. How powers fit into work and family life will be a frequently recurring theme for us. Responsibility, as Brian mentioned, is huge, but what people with superpowers owe to society becomes more complicated when they interact with these systems.

Romero: For the next few issues of Incident Report we’re going to continue exploring the role of the family in our lives and the decisions that we make due to it. There will definitely be themes of love and courage, but most importantly, I think we’re going to explore how people react to crises in their lives. When Issue #1 begins, Anne is at a good place in her life and a lot of our first few issues will be exploring how she deals with the sudden shift in her life. I think that’s something that we all experience.

AP2HYC: Other than Incident Report, are there any other works in progress for Attic Door Media?

Puppo: Some of its spoilers, but we have a lot planned for the world of Incident Report. So expect more of that world, with a focus on a few different aspects.

Romero: We’re interested in developing more short stories and one-shot comics for Incident Report, but we’re still securing writers for those projects. We have a sci-fi volume in a new setting that we hope to release sometime next year.

Sippin: The are a lot of things in the Attic to share, not just Incident Report and its expanded universe. We’ve got a few other IPs we’re cooking up that we are very excited to show everyone so stay tuned!

Have you backed the Kickstarter yet?  There’s only a few days left.  Let us know in the comments or send us your thoughts on Twitter!