Home » Get Woke is a Mildly Offensive Yet Overall Hilarious Endeavor 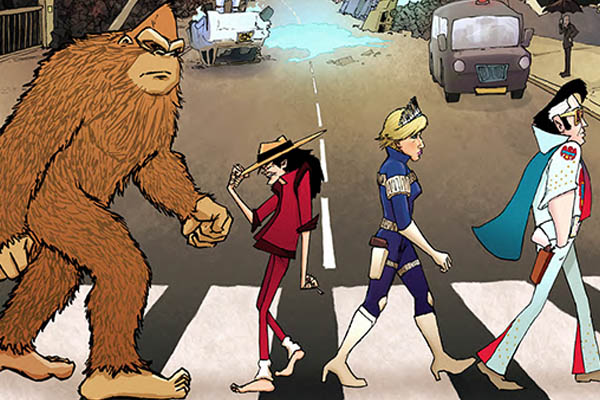 Imagine that every conspiracy theory you have ever known was real. Aliens in Area 51, we’re living in the Matrix, the moon landing was faked, etc. All of it real. Or, at the very least, are most likely real. That is the essence of Get Woke.

Conspiracy theorist appropriately named John Woke confirms all his suspicions while on a school trip to Washington D.C. where he accidentally runs into a satanic cult led by Stephen Hawking. Luckily, a group of covert agents consisting of Elvis, Michael Jackson, Princess Diana, and Bigfoot are able to save the day. But where does that leave John in all of this?

What promises to be a completely wacky miniseries starts off incredibly strong with a few missteps here and there. As the title of the article suggests, there are definitely some jokes that definitely don’t land and arguably are done in poor taste. Though honestly, this will vary from reader to reader. Overall though, it does take an idea that is just so crazy, it totally works. The characters are funny, the art is ridiculous, and the story is just so over the top it’s impossible to take anything too seriously. 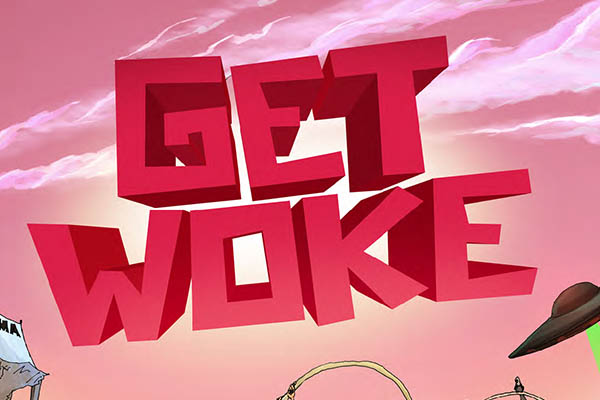 You can tell this team meshed together really well when creating this piece. All the components of the story fit together nicely into a cohesive whole. While the jokes and overall story can feel jarring at times, Tim West ultimately pulls through with the sheer lunacy of his plot. Add to that the expressive characters and zany action sequences created by Kevin McCullough and you have a recipe for pure comedy gold. McCullough is able to bring such an absurdity to his caricatures it’s impossible to take anything seriously. This is a purely fun, completely ridiculous comic and we are here for it.

With so many conspiracy theories out there, we simply can’t wait to see what these creators have in store for us. There’s so many possibilities this story can take us, it’s impossible to predict. All we can be sure of is this adventure is going to be one hell of a ride. This comic is for anyone who enjoys ridiculous things and who are fans of conspiracy theories.

You can now back Get Woke through their Kickstarter! Have you had a chance to back this comic? Maybe you’ve already had a sneak peak? Let us know in the comments below or send us your thoughts on Twitter!