Home » Why Is Rick and Morty So Educational? 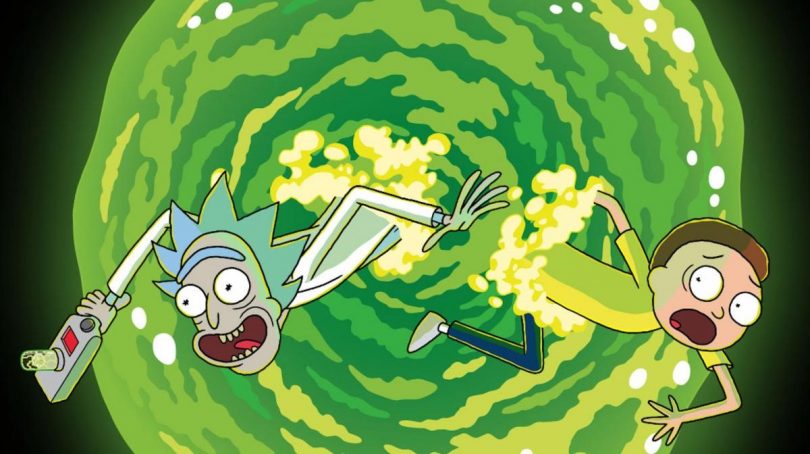 According to the YouGov statistics, Rick and Morty is the 207th most popular TV show of today. This show started as a satire on classic sci-fi movie Back to the Future. However, with time, something significant happened to Rick and Morty. The intellectual part of the show became more and more prevailing with every new season. Luckily, the writers of the show are courageous enough to play with pretty deep and serious things that are connected with actual scientific and philosophical problems. The episodes vary from those that mock classical sci-fi themes (like journeys into the human organism where the mini-world is found) to advanced “what if” questions that challenge the global concerns of humanity.

Modern science shapes the show and adds a significant educational element to everything that happens there. Let’s reflect on this aspect a little bit.

Science and humanity: do we change in a rapidly developing environment?

Adventures of Rick and Morty highlight human nature as it is. Most of the episodes state that no matter how technologically advanced the world becomes, science doesn’t change us. People don’t get less jealous, they still suffer from their own silly or self-defeating actions, and shut their minds to everything external, strange, and heterogeneous. In a word, science cannot make us better and more open-minded. You can travel around the parallel worlds, construct cars that fly high in the sky, and discover new dimensions. However, on the mental level, people stay the same as they were thousands of years ago.

Rick’s attitude to the world

Rick is a pretty strange character. Being a scientist, he is also a magician, alcoholic, and suicidal depressive guy. However, such a combination of traits is not as exciting as his essence. Rick’s way of thinking is something that demonstrates his specific relationships with the world. He perceives the universe as an unpredictable, open, and absolutely chaotic substance that makes sense only in the eyes of an analyst. He knows that the world is not an object you can control, and this is something he respects. He is a guy that studies things around him.

Sci-fi is just a background for something more significant

Any list of Rick and Morty facts you might find on the web will develop the idea that there is something deeper behind the entertaining sci-fi world of the show. Generally, the fans of science fiction can be divided into two categories: those that read it for fun and those that are charmed by complicated scientific concepts. Obviously, the authors of Rick and Morty don’t try to demonstrate any serious attitude.

Authors use sci-fi as a convenient background that opens numerous opportunities for jokes and ideas they would like to express. This is an artistic method that shows how a good narrative can be constructed. A pretty advanced approach to narration like that is widely used from helpful resources by professional writers or any reliable online assignment help website. The educational value of such an example can help students learn how to write novels and other creative pieces. Learners can grasp this method better when they see how it works on practice in their favorite show.

All those smart memes are attractive because they are both scientific and humorous. They are pretty local, which means that only a particular group of people can understand them. Memes about sciences are not so funny when you have never read any books on physics, math, or other disciplines. Knowledge and the sense of belonging make them special.

You might watch an episode of Rick and Morty show and think: “Man, that was funny” or “Gosh, that was so scientific.” Both conclusions will be equally right. This is how this show really works. The perfect mix of intellectual moves and extremely funny (and brutal) jokes make an ideal cocktail. This mixture makes you more interested in what is actually happening, so you are more likely to understand and memorize the scientific ideas implemented in the episodes in such an appealing manner. The chances are that you will understand some scientific ideas better when watching Rick and Morty than when reading about it in a boring and dull textbook.

The common fears of humanity connected with AI and robots

In today’s world, the issue of a fully-automated future is pretty hot. Some experts claim that robotics will change our life to better, solving numerous problems we have to deal with. The others raise ethical and social questions about AI, suggesting that a highly-automated world will become a pretty challenging place to live in.

Rick and Morty highlights the problem of technological singularity and the way it can influence and change the economics, culture, and communication between people. The existential anxiety connected with a digital singularity is one of the central topics you can see in a show. 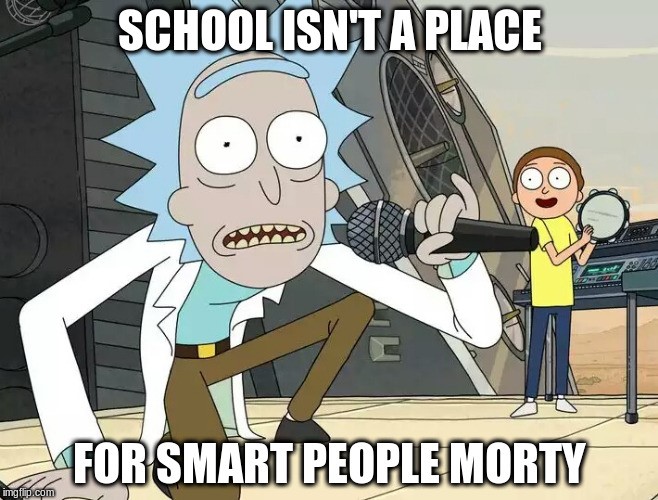 The problem with the educational system

One of the most oft-quoted phrases from the show is, “School isn’t for smart people.” Rick claims that the modern educational system is pretty useless and… he is right. Intelligence has nothing in common with academic knowledge. Gaining and storing information doesn’t make you intelligent. Unfortunately, the educational system we have today is focused on memorizing and accumulation, not understanding and using your knowledge of the practice. Additionally, Rick expresses his disdain towards traditional learning because he always wants Morty to join him when the classes start.

In fact, Rick’s idea is pretty deep, because there is no sense in believing that education can bring you anything positive. In most cases, high school and college students don’t even realize what they do when in class. They simply come there and complete tasks just because they are told to do so. Rarely they are guided by the passion for learning. In most cases, they just do something because they have to. Well, yes, Rick is a genius who knows all of these layers perfectly.

In general, Rick and Morty is an excellent combination of fun and intelligence. You can watch this show for entertainment, but even if you do this for fun and jokes, you will unavoidably start thinking about something that stands behind them. Science, modern technologies, the world that changes every second, and way to perceive and analyze it – these are the questions raised in the show. And what is even more significant, the authors have answers which are transparent, smart, and open for numerous interpretations. We believe that the primary educational value of Rick and Morty is that it can learn the audience to think differently, to be more open-minded, and perceive the world as a complicated open system one can analyze and explore.

Jeff Blaylock is a writer interested in pop-cultural phenomena. He believes that mass comics, cartoons, and movies tell something important about today’s ideological, social, and cultural situation. Jeff likes to dig up something unobvious and share his ideas with the audience.