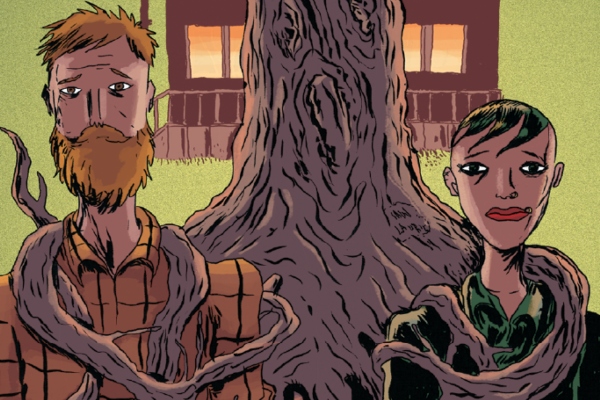 Often in the business of reviewing indie comics, there comes along a title that defies a neat, concise description. Cabal Comics’ House of Sweets is such a title. The latest offering from the people that brought you Alex Automatic, The Edge Off and Heart of Steal, this isn’t a neat, concise comic at all. House of Sweets is the kind of comic that swaggers in its sense of madness. Created by Iain Laurie and Fraser Campbell, with colours by David B. Cooper and letters by Colin Bell, it’s a challenging and claustrophobic comic that favours insanity over clarity, in all areas.

A woodland retreat for novelist Hans and his sister Retha descends into a melancholic sort of madness when the forest they’re surrounded by proceeds to make fantasy bleed into reality, and a horrific psychedelic experience grips them both. Much of House of Sweet’s power comes from the merciless blend of Fraser’s writing and Laurie’s illustrations, ultimately prioritising mood over plot, for better or for worse. 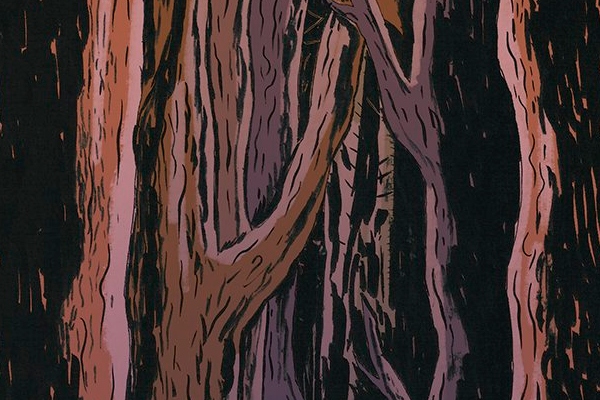 Backstories for Hans and Retha are implemented in House of Sweets’ early stages, but the comic quickly loses interest in such concepts. From here, we quickly descend into the madly-tailored insanity that becomes the core body for House of Sweets. It’s odd how these concepts are introduced, then swiftly forgotten of, with little overall effect or purpose on the comic. It’s as if Campbell and Laurie are intensely enthusiastic in dragging you to the depths of madness they’ve crafted here. What’s more successful is the horror from their childhoods that sets the story’s own horror in motion.

As the terror of the forest awakens some long-forgotten incident, a suitably primal energy kicks into overdrive for House of Sweets. Laurie and Campbell interlock and conjure a surrealist’s wet-dream of piercing horror, narratively and visually. Cooper’s angst-ridden colours help electrify the continuing zig-zagging between reality and fantasy, whilst Laurie and Campbell work in tandem to purposefully mystify the reader as to which is which. Bell’s haunting lettering is the icing on the cake, cementing the terror-tinged vibes. 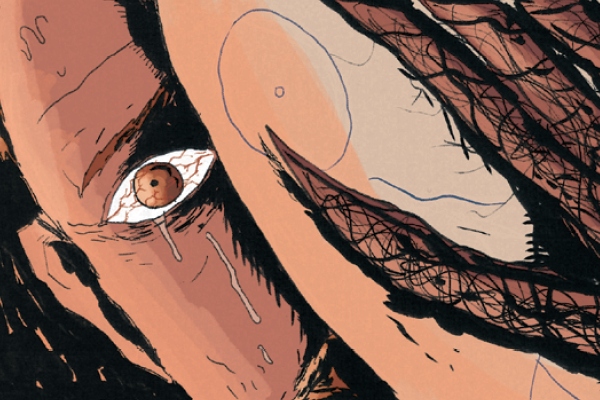 House of Sweets is at its best when it forgoes clarity entirely, and embraces its rustic sadism, with Cooper’s colours casting a macabre dread as the forest proceeds to swallow Hans and Retha, whilst Laurie’s jagged drawings not only capture the other-worldly nature of the comic, but are a perfect match for Campbell’s twisting narrative that flips back and forth between normality and insanity.

House of Sweets is a freakish delight for Cabal Comics, and a fine addition to its repertoire. A world away from the slick, upbeat, futuristic sci-fi of Campbell’s earlier effort Heart of Steal, just about every move House of Sweets makes is the polar opposite of their previous offering of this year. Even if House of Sweets limps in its early stages, it quickly manifests into a fantastically petrified masterclass of sequential horror.

Will you be backing House of Sweets on Kickstarter? Let us know in the comments section below or send us a Tweet!