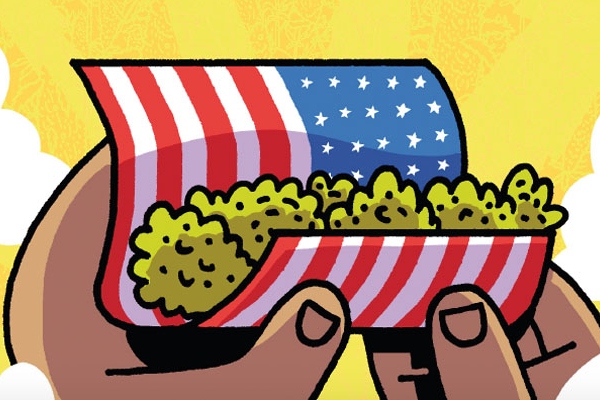 Box Brown opens Cannabis: An American History with a succinct encapsulation of the drug’s transporation from its native Mexico to America in the 1500s. From here however, Cannabis: An American History evolves from a history lesson into a warning. Throughout this comic biography, Brown charts the gargantuan propaganda campaigns the US Government went to to demonise cannabis across the latter chunk of the 20th century. Fake news, corrupt officials, exploitation of religious superstitions and the calculated targeting of black America define the history of this drug, one that’s been proven to have medical benefits and, as Brown routinely points out throughout the book, has yet to actually kill anyone.

Brown’s narrative compacts in strands of riveting history of how cannabis found its way into the heart of America, and how the country’ elite set about convincing everyone that it was a drug the Devil himself may well have produced. Brown holds no quarter in dismantling the lies orchestrated specifically by Harry J. Anslinger, the first commissioner of the Federal Bureau of Narcotics. Using his influence over drug companies, law enforcement and the media, Brown mercilessly highlights the extremes Anslinger went to to produce the perception that cannabis was a dangerous substance. 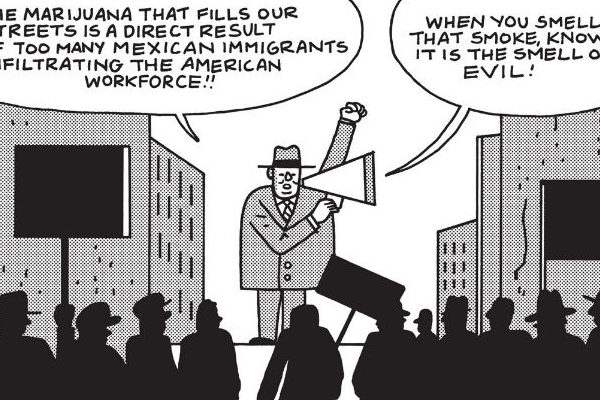 Brown’s distinct artistic character lends Cannabis: An American History a keen visual immediacy. Illustrated in a monochrome fashion, Brown brings some 500 years worth of history together in a tenacious attitude. Brown’s style of art prioritizes a lack of intricate detail, instead plumping for a clean, robust directness that allows the numerous centuries’ amount of cannabis’ history to be easily consumed by the reader. He makes Cannabis: An American History read like a sequential documentary, resulting in the comic’s strong visual engagement and makes Brown’s historical accounts all the more palpable.

An equally interesting slice of history that Cannabis: An American History touches upon are the professional opinions declared throughout history that upset people like Anslinger’s efforts to terrorise the country with the dangers of cannabis. Time and time again, medical professionals proved cannabis’ medicinal qualities and disproved the more harmful claims made against it. Alas, these did little to quell Anslinger’s one-man war against the drug. Accounts such as these are squeezed into Brown’s narrative, often feeling claustrophobic when much of the comic’s emphasis is given to Anslinger’s propaganda onslaught. 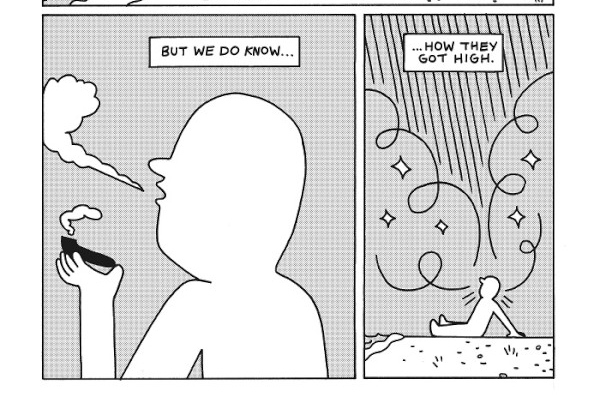 Still, Brown’s account of the history of cannabis is a powerful one. A stark judgement on agendas of the elite, the spreading of fake news and the corruption of a country, all presented in an entertaining visual package that keeps the reader hooked. Cannabis: An American History is a rich, well-rounded tale of a misunderstood substance, but it’s also a reminder of how the drug’s story is continuing, and that there’s a long, weary path ahead in making the drug legitimate and acceptable to the masses.

You can discover more about Cannabis: An American History from Box Brown and from SelfMadeHero. Will you be picking up this comic? Let us know in the comments section below or send us a Tweet!