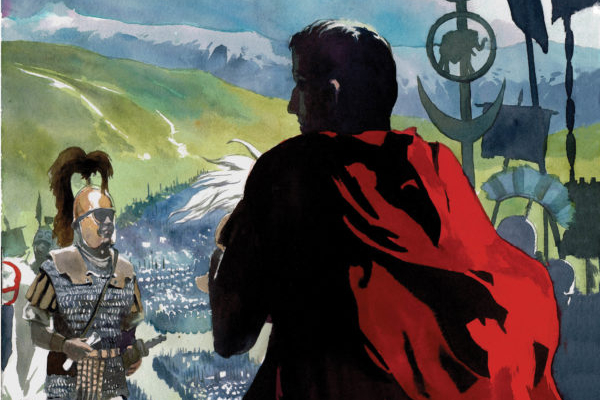 Here at AP2HYC, one such publisher we’re lucky enough to cover the works of is Candian-based outfit Black Panel Press. Responsible for publishing such past comics as Ancient Astronauts, Constellation and Conquest, Black Panel Press specialises in gorgeously curated hardbacks of a variety of genres, translated from non-English languages.

Founded as recently as 2017 and already having amassed an eclectic and wealthy back catalogue of works already, we recently caught up with founder Andrew Benteau to find out more about the ins and outs of the publisher, and what’s to come in the future.

A Place To Hang Your Cape: Why did you want to create a publisher that specialised in translated comics?

Andrew Benteau: I’ve always been into comics since I was a kid, I even attempted to draw some of my own. I created my first character in grade 2 called Mr. Hamhead, a psychopathic villain with a piece of ham stapled to his head. Needless to say that didn’t become a smash hit, and I mainly leave the character design to our creators these days. As I entered my 20s I started to get bored of the superhero themes that still dominate American comics today. In 2014 I was living in France and discovered the French bande dessinée as a way to improve my French.

I discovered a much wider breadth of stories there and I thought it would be cool to bring those kinds of stories to North American readers. When I met with my first partner-publisher, Tartamudo, I was actually looking for a regular job; a way to stay in France and work at something I liked. Luckily they hadn’t understood that at the time, because of my novice French skills. The company was way too small to hire anyone at all, but I somehow managed to turn the situation around by offering to publish their work in the US and Canada.

AP2HYC: How has Black Panel Press grown since you began?

Benteau: We really struggled to get started. When I say “we” it’s really just been me and the friends, family, and freelancers that help me out. I’ve had a lot of support for which I feel very lucky. But the publishing industry is very tough: negotiating with printers, authors, and booksellers. In the end there’s very little profit to be made, so you have to be efficient. After our first two years in business I’ve learned what makes a good story, that unfortunately a good story isn’t always enough, and that winging it is as good a marketing strategy as any. I’ve also learned not to take myself or the business too seriously. One day we might have to close our doors (speaking metaphorically of course, as our only door is that of a little PO Box in Toronto), but the books will still be sitting on readers’ shelves, which will be worth all of it. Luckily that doesn’t seem to be our fate just yet; we’re signing new authors and printing new books all the time. 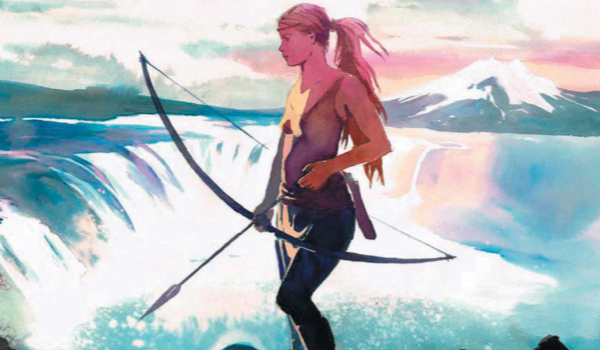 AP2HYC: Do you think the comic scene is under-served with translations of comics in non-English languages?

Benteau: Yes, there’s no question about that. There’s a whole community of people who watch foreign films, for example, and that’s become a normal part of our culture. Although there are many more translations these days, foreign comics haven’t become as pervasive because of the high cost of printing and maintaining inventory, and because of the language/culture barriers. Comics are like vacations; why would you want to go to the same place every year, when there’s France, Brazil, Japan, and the whole world out there to see? They’re an escape, and experiencing other cultures is a big part of that.

AP2HYC: Your stories are “100% creator controlled”. How does that work for you, as a publisher with a business to run?

Benteau: For us that means we’re letting our creators direct the story of their own books. So far, the stories we’ve taken on have been 100% complete before we even acquire the rights. That doesn’t mean we don’t have some input, when it comes to the cover, the translation, etc. For some upcoming titles we even gave our authors story notes to improve on before we’ll publish the book. That said, we never push our authors in one direction or another, and they always have the final say; it’s their story and it should be something they can be proud of. I don’t think that approach has any negative impact on our business. People are a bit fed up of stories written by marketing formulas. 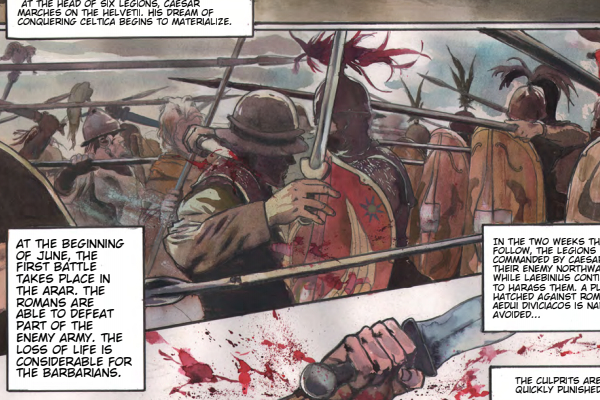 AP2HYC: With that creator-owned ethos in mind, it sounds like you’re giving readers the chance to experience comics that the language barrier might prevent them from doing so, and not altering the comic in the process of translating it. Would you agree?

Benteau: The nature of translation is interpretive, and it’s very rare that anything translates directly from one language to the next. So it’s inevitable that we alter the comic in the process of translating, but we try to stay as close as possible to the spirit of the original text. In Brazil they say “nem que a vaca tussa” which translated directly means “not even if the cow coughs.” We’d get a few confused emails if we printed that, so we’d probably go with something like “no way” in larger font instead. I’ve learned two languages through comics, but not everyone has the necessary time or interest for that. It’s a shame to miss out on an amazing story just because it’s not in your language.

AP2HYC: You’ve so far produced science fiction, historical and biography-themed works. What kind of comics do you want to bring to life in the future?

Benteau: One thing I really don’t want from Black Panel Press is to get stuck in a limited number of genres, although from a marketing standpoint that might make things much easier. Our upcoming books include a biography, a story of immigration, a pirate story, and a sci-fi story. I chose those titles because they stuck with me once I read them, and they made me think. Not always about the meaning of life (sometimes about how far I’d go for buried treasure), but always about something new. 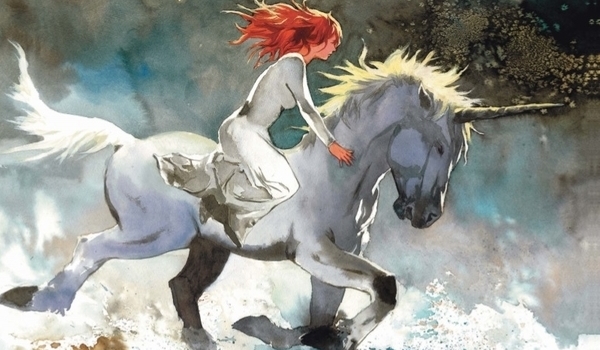 AP2HYC: What does the future hold for Black Panel Press?

Benteau: Next year we’re planning on publishing four new titles: two from French creators, one from a Mexican creator and one from an American creator. Now that we’re starting to make a name for ourselves, we’re getting more and more projects and we can afford to be more selective. My goal is for readers to finish one of our books and think “wow, I’ve never read something like that”. I can’t give away too much about the other books yet, but our next title will be The Corsair, written and illustrated by the same team behind Conquest (Tarek, Vincent Pompetti). It’s my favorite BPP title so far, so stay tuned for that.

You can discover more about Black Panel Press via their website. Have you already enjoyed any of their comics? Let us know in the comments section below or send us a Tweet!