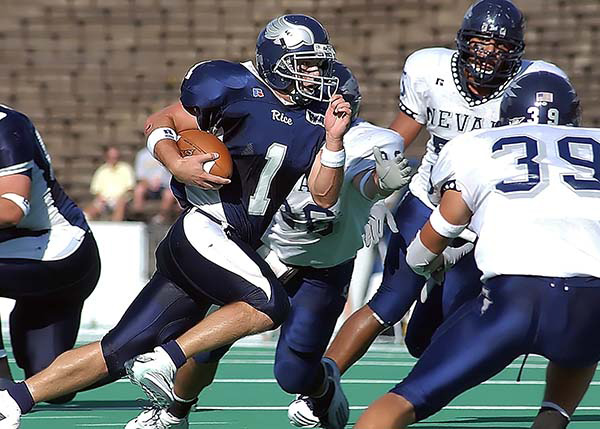 These days, superheroes come in all shapes and sizes, from the big screen to the comic book, and for many people it doesn’t stop there. Watch any major league sports game and you’ll see plenty of heroics on the pitch and on the court, as the best of the best show off their own version of superpowers. Combining a never-say-die attitude with incredible physical feats and gravity-defying leaps, modern sports stars are every inch the real life superhero. They lead their team into battle, the keep their comrades’ spirits up when they are facing defeat and then inspire them on to seemingly impossible victories against the odds.

Musclebound, super-fast and skilful, and always there when you need them, the stars of the NBA, NFL and MLB would be more than at home changing those initials to MCU or DCEU. Who wouldn’t want to watch Kansas City Chiefs quarterback Patrick Mahomes using his dazzling footwork and outstanding arm to outsmart an evil army, or Los Angeles Lakers’ baller LeBron James rise majestically above the melee to reach for whatever golden chalice is needed to save the world? We have the stuff of legend happening every week before our eyes in the big leagues, so it was inevitable that the worlds of the comic book and the sports arena would cross over at some point.

The most recent example of a comic book crossover was last year, when Marvel teamed up with ESPN The Magazine to produce a series of commemorative covers to celebrate the 2019 NFL Draft. Five of the top draft picks, Kyler Murray, Nick Bosa, Dwayne Haskins, Brian Burns and DK Metcalf, were chosen for this slice of action hero immortality, and each was paired with an all-time classic Marvel cover that marked the debut of a new superhero who would go on to become a household name. Clearly ESPN The Magazine had high hopes that the chosen players would go on to the same levels of fame as their comic counterparts.

As if being the number one overall draft pick wasn’t enough, Kyle Murray got to trade places with none other than Spider-Man on his first ever cover, Amazing Fantasy No. 15. Trading Spidey’s captured bad-guy for a football and his costume for Arizona Cardinals kit, the cover is a perfect tribute to the highly collectable original. Second overall pick, Nick Bosa, got a similar like-for-like pose on the debut Iron Man issue. He may be shown busting tackle bags instead of steel, but he looks every bit as powerful as Tony Stark’s alter ego, even without the special suit. Other covers in the series included a Thor-like Dwayne Haskins, Brian Burns as Captain America, and DK Metcalf as Cage.

The covers must’ve been a big boost for the players’ confidence as DK Metcalf was only 64th pick overall, but finished 12th in the NFL Rookie Rankings at the end of the regular season. Similarly, 16th pick Brian Burns finished as a top ten rookie following his comic cover outing. Only Dwayne Haskins failed to live up to his promise, emulating Thor’s fall from grace in Avengers Endgame.

Of course, the NFL comic crossover covers were nothing new. ESPN The Magazine had already teamed up with Marvel once before, creating an even larger collection of covers featuring every single one of the thirty teams in the NBA. Dating back to 2010, these covers not only immortalised some of the greats of the game, but also captured a moment in time by reflecting some of the biggest stories of the day. There isn’t space to talk about all thirty covers here, but if you want to see them all, Ballislife.com have the whole lot online.

By covering all thirty teams, ESPN knew they could keep everyone happy. So whether you support one of the favourites like the Bucks, the Clippers or the Lakers as potential NBA Championship winners, or you remain hopeful for a late charge by an outsider, you’ll find a highly collectable cover just for you. Even if you don’t follow basketball, these are fascinating crossover covers, worthy of a place in any serious collection.

Highlights of the series include a cover illustrating the big story of the year as LeBron James walked out on the Cleveland Cavaliers. This was captured in a version of the classic Spider-Man No. 50 cover where Peter Parker is shown walking away from his costume in an alleyway bin. Carmelo Anthony’s exit from the Denver Nuggets was similarly crafted into the X-Men cover where Cyclops leaves the group. The detail in these clever covers is incredible, right down to showing the Nuggets’ Stan Kroenke, seated in exactly the same place as the wheelchair bound Professor X, both surrounded by the team they helped to build.

Other covers in the Marvel Variant Edition series included the Philadelphia 76ers taking on Deadpool, the Portland Trail Blazers becoming cyborgs and the Minnesota Timberwolves taking on the Silver Surfer. The Fantastic Four issue became a Fantastic Five of the best Boston Celtics players. Even the biggest stars were in on the action, with Magic Johnson doubling as Wolverine and Michael Jordan taking on the role of S.H.I.E.L.D. director Nick Fury.

What’s next for comic crossovers?

Many fans thought that the 2010 series of NBA comic book covers was a one off, a unique and very special moment in time that would never happen again. Yet with the NFL draft covers appearing last year, it would seem that the doorway between sports heroes and superheroes remains wide open. So who knows, Patrick Mahomes may yet get his place in comic book history to go with the Superbowl ring he could collect this season. It’s just a shame we can’t work it the other way around and get our comic book superheroes turning out to show their skills for our favourite football or basketball teams. Now that would be worth the ticket price all on its own.C