George Wylesol‘s Internet Crsauder is less of a graphic novel, more of an apocalyptic experience framed through 1990s’ internet culture. It may masquerade as a celebration of a more innocent era of digital communication, but it unexpectedly escalates into something far more enjoyably sinister. Entirely told through chatroom conversations, webpages, emails, pop-up ads and online games, Internet Crusader is a masterpiece of intricate design. At it’s heart though, Internet Crusader is also a superb horror story.

The comic’s bold visual inventiveness takes the reader on a journey of a seemingly innocent era of online communication, but gradually twists this notion on its head as a slow-burning evil grips 12-year-old schoolboy BSKskater191, our… ‘hero’, of the story. I use the term hero loosly, as BSKskater191 would much rather bunk off in chatrooms or updating his poorly-spelled blog rather than save the world from a hellish apocalypse. Contacted by God, BSKskater191’s task of playing the video game Portal 2 Hell in a desperate effort to save humanity in the real world is where Wylesol unleashes Internet Crusader‘s full potential. 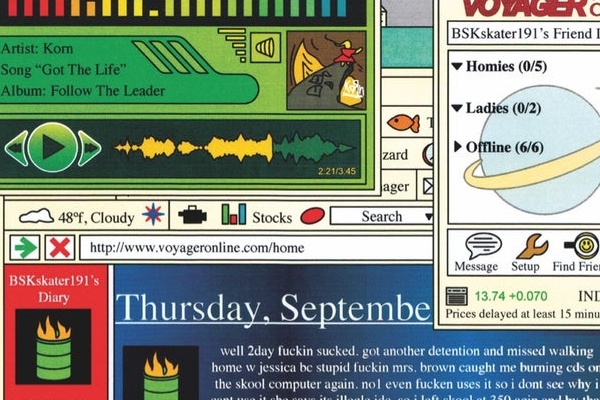 Internet Crusader‘s greatest strengths are how it uses vintage internet culture to communicate a classics sense of dread from the horror fiction playbook. As BSKskater191’s world crumbles around him and his online friend horseluvr1234, his computer is gradually infected with a virus from Hell itself. This is shown through a kaleidoscopic array of sentient tabs that burst onto BSKskater191’s screen that channel forth a kind of candy-coated chaos. Tabs hidden behind other tabs evoke a creeping feeling of anticipation – what will happen to BSKskater191’s computer, and the world, when these links are clicked? 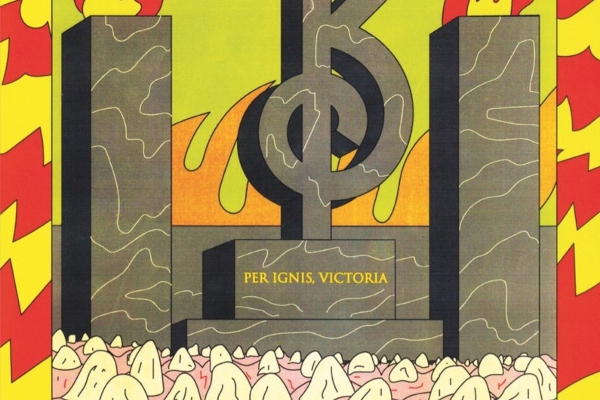 Wylesol’s depiction of Portal 2 Hell itself (illuminated further by Internet Crusader‘s accompanying zine Portal 2 Hell: Crusader’s Manual) is a blitzkrieg of comical yet frightening shape and colour. The deeper BSKskater121 and horseluvr1234 venture into the video game assigned to them, the wilder Wylesol’s imaginative style becomes, even when the comic finds time for some self-deprecating humour when BSKskater121 notes how similar Portal 2 Hell is to Doom. This first-person shooter homage encompasses Internet Crsauder‘s second half, and drags the reader into an devilish climax that comments on the dangers of talking to strangers on the internet. There’s a fun twist in Internet Crusader‘s tale that brings its sense of humour back full circle after a visually gut-wrenching battle against demonic forces.

Internet Crusader creativity knows no limits. From the useage of chatroom conversations as a form of lettering to the enjoyably mad story that ripples in personality from cover to cover, Internet Crusader happily functions on numerous levels: A visual celebration of a bygone age of digital culture, a warning of the dangers that excessive internet concumption can bring, countless parodies and homages of websites and adverts. Internet Crusader is a smart, funny, scary and passionate encapsulation of the internet as a communcal experience.

You can discover more about Internet Crusader from Avery Hill. Have you already journeyed into its mad depths? Let us know in the comments section or send us a Tweet!