In this digitally-enhanced society we live in today, the blending of reality and fantasy via digital technology continues to remain a popular trope in science fiction. Vault Comics’ Queen of Bad Dreams takes firm hold of that trope with a slick, confident sharpness that wins in its political commentary, but feels oddly lacking in its world-building aesthetics. Released originally as a five-issue series throughout 2019, biting social metaphor and boistrous artwork rapidly become the winning elements of Danny Lore‘s story.

What really gives Queen of Bad Dreams its sense of characterful, thematic depth is its blistering art. Inker Jordi Perez and colourist Dearbhla Kelly give the comic a rich urgency in its visuals. There’s a recognisably mainstream quality to the art, but the shifting sense of perspective and caricatured proportions of the comic’s characters lends credence to the emphasis of reality and dreams having their barriers broken away. This is a narrative tactic that grows in its intensity throughout the comic. 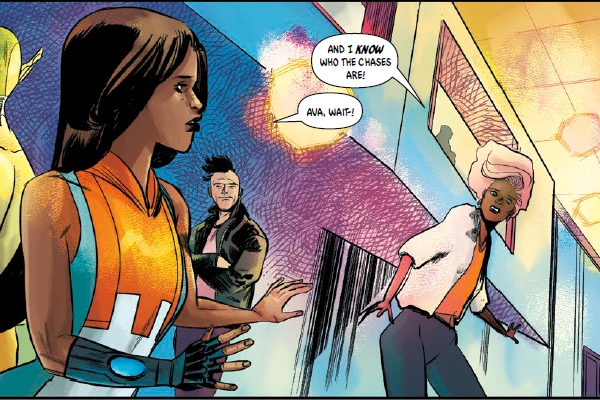 Lore’s script packs in plenty of recognisably cerebral elements of science fiction into something that grapples with fresh, contemporary attitudes. Queen of Bad Dream‘s world feels nicely lived-in via its premise of a world being in a policed state with its dreams. So-called ‘Inspector Judges’ are thrown into the dreams of the people they serve, tracking down inhabitants of people’s dreams who go rogue, and accidentally slip into reality. Their call of deciding whether to reinsert these runaways or allow them agency in the real world gives Queen of Bad Dreams a narrative thrust as one powerful rogue Ava sends Inspector Judge Daher Wei on a mission fraught with deceit and secrets at every corner.

Queen of Bad Dreams would win here if that was all there was to the story. Grappling with themes of personal choice and identity, the story gains an added layer of interest with its injection of racial and gender prejudice. Initially set as one chasing the other, Ava and Daher, both black females, eventually join together to uncover a plot far more sinister than either realise. It’s difficult not to turn a blind eye to the rich racial metaphors at work here, as Ava and Daher fight for their existence against the white mother and son duo Emerson and Eleanor Chase, a woman keen to clump Ava and Daher into the same category, and that they should be subservient to her. The Chase’s escalating thirst for power clashes with Ava and Daher’s efforts to maintain their identities with well-paced effect. 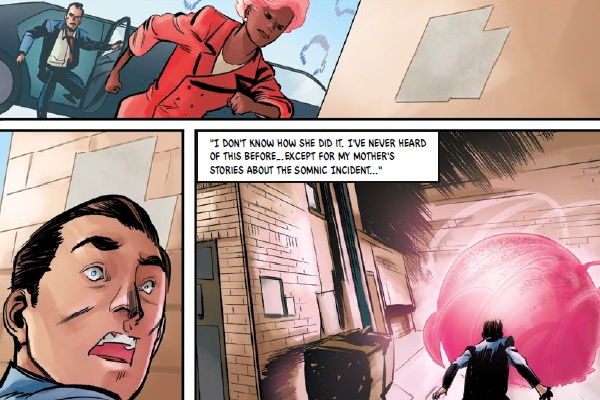 With such creatively successful story-telling, it’s all the more jarring that the visual distinction between Queen of Bad Dreams‘ worlds of dreams and world of reality is so lacking. It’s not until the final issue that Lore’s story allows for Perez and Kelly’s art to let rip in an evocative, psychedelic-esque setting within a dream world, but perhaps that’s the point, as Queen of Bad Dreams ultimately builds to a riotous climax that feels worth waiting for. Still, a visual freedom like this feels as though it would have been better featured scattered throughout the strip, instead of confined to the finale.

Queen of Bad Dreams hits a home run with its merging of complex themes, even when the visual world-building takes an unexpected backseat. For a comic that’s so focused on commenting on the overlap of dreams and reality, it’s an odd creative choice, but one that ultimately doesn’t spoil the comic entirely. Queen of Bad Dreams keeps you hooked throughout, its progressive ideas as razor-like as its artwork. Keeping action, drama and characters in careful balance, Queen of Bad Dreams fires on most of its cylinders.

You can discover more about Queen of Bad Dreams‘ from Vault Comics. Have you already picked up this title? Let us know in the comments section or send us a Tweet!