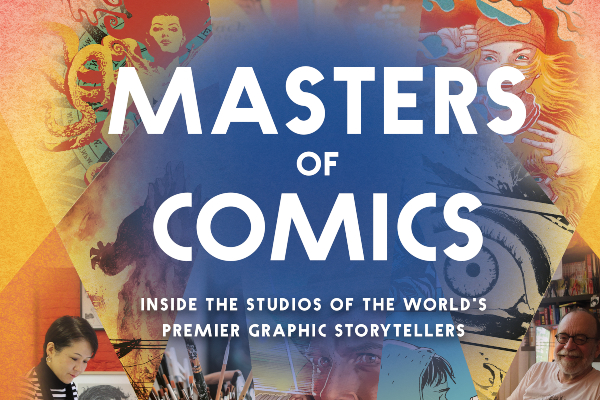 It’s a common flaw in comic book appreciation and criticism to overlook the artists themselves. Fans and critics alike give both the writer and the artist equal amounts of praise for their work, yet are susceptible to slanting those levels of praise in the writer’s favour. Tripwire Magazine editor-in-chief Joel Meadow‘s Masters of Comics therefore is a welcome burst of critical appreciation for the artist as an integral cog in the comics machine.

Masters of Comics consists of 21 interviews with sequential artists from across the sequential industry. Alumni from Marvel, DC, 2000 AD, Dark Horse Comics, New York Times and Rolling Stone are featured here, with the likes of Frank Quietly, Frank Cho, Yuko Shimizu and Sean Phillips allowing exclusive access into their studios and their working lives. Each contributor supplies Meadows with wonderfully in-depth responses to his questions, effortlessly crafting a fully-rounded encapsulation of their respective work.

Meadows’ questions are delicate yet insightful. Inevitably, similar questions form the opening basis for each respective interview, such as asking about the artist’s working patterns, when does their work day begin, etc. However, Meadows is cautious enough to use these reflective questions as sparingly as possible, made all the more unnoticeable given the intriguing depth and variety of answers given. 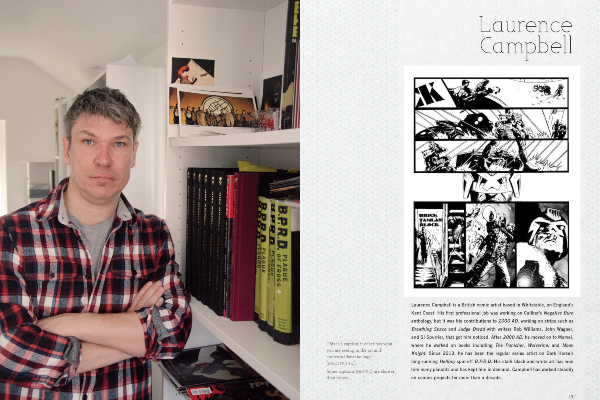 Oddly enough, the real joy in Masters of Comics isn’t just the inside looks as to how each artist goes about constructing their work, though that is an endlessly absorbing aspect of the book. The genuine pleasure in reading Masters of Comics is it’s humanising factor, how it paints numerous evocative pictures of how each artist approached their work, rather than constructing it. There’s a fairly even split between artists who work in studios away from their home, or who have studios as part of their home, and their respective reasons for either going to work or staying at home to work.

Meadow’s questions therefore capture the intimate moments in these artist’s lives, as they routinely juggle family life with working to their never-ending deadlines. Despite enjoyably clashing perspectives arising from those who prefer working digitally to print, or working in studios surrounded by pop culture memorabilia to a more stripped down environment (cementing how there’s no right way to work as an artist), another common factor arises from these interviews. Masters of Comics sticks to interviewing aged professionals, and many of them share tales of how their working techniques and patterns have altered significantly as the years go by. Many artists present tales of pulling all nighters to get projects done, only for them nowadays to work more conservatively, pacing themselves to deliver their exceptional work. It’s a further handsome emphasis on Masters of Comics unlocking the very real skills and passion that goes into illustrating the fantastical characters many of these artists have drawn. 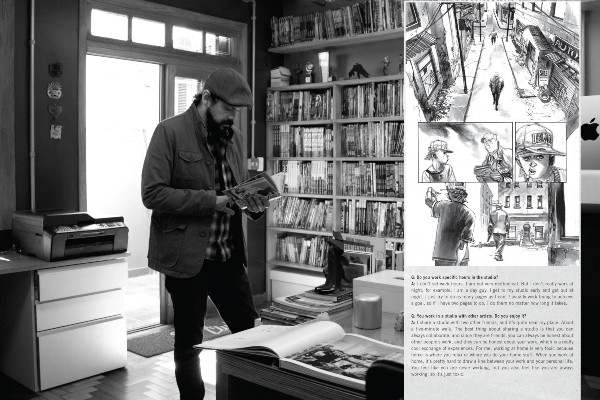 One rather distinct oddity about Masters of Comics is its reliance on interviews from male artists. Only two of the book’s 21 participants are female. A more diverse presence would make Masters of Comics all the more invaluable a read. Whether a male creator-dominated presence happened naturally or was a purposeful choice, it can’t help but make Masters of Comics a somewhat one-sided read. Ironic, when, as mentioned before, comics criticism can have trouble remembering that artists are just as vital in a comic’s creation as the writer, or editor, or letterer, or colourist.

Still, Masters of Comics remains an entertaining, insightful and beautifully-presented celebration of the artist’s contribution to comic books. A more diverse array of artists would strengthen the book enormously, yet the expertise in Meadows’ questions and riveting depth of his interviewee’s answers add up to make a thoroughly enjoyable read.

You can discover more about Masters of Comics from Insight Editions. Have you already picked up your copy? Let us know in the comments section below or send us a Tweet!