Home » The Worth & The Cost Prioritises Enthusiasm Over Originality 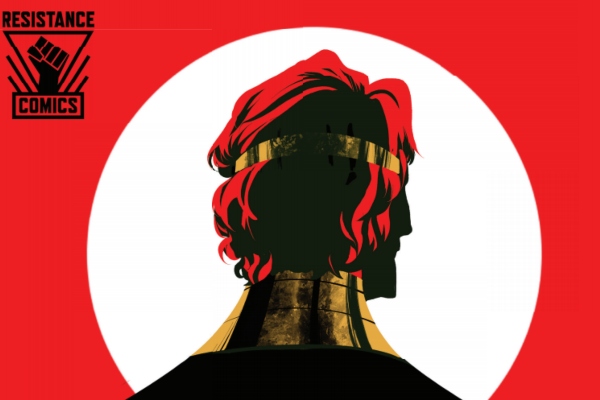 Sharp-tongued, heartfelt and wonderfully drawn, coloured and lettered, The Worth & The Cost is currently enjoying runaway success on its Kickstarter campaign. Described on its Kickstarter page as “science-fiction fable for a resistance audience”, this spry one-shot wastes no time in asserting its politics. The Worth & The Cost doesn’t tell a new story, but it does repackage an old story of masses rising up against gluttonous dictators with quick-witted yet natural dialogue, warm, expressive artwork and slick lettering.

Set on the science-fantasy backdrop of the planet Jenereus-6, a group of players, both pro and anti-resistance, have their morals tested when power-hungry Emperor Penryck XVII hatches a sadistic plan to keep the growing antagonistic feelings of the populace under control. At only 22 pages long, writer John Luzar has big ambitions, but in a compressed format. Such is the breathless pace of The Worth & The Cost, we don’t feel as if we’ve seen enough of this world as we should have. Though the character dynamics paint a convincing, turbulent picture of the regime they live under, Luzar’s quickfire story-telling renders those characters a touch superficial, resulting in the sense that a longer page count would have allowed for these players to become a touch more real. 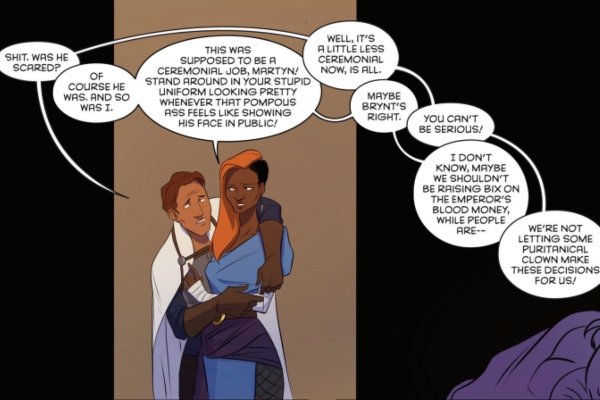 What compliments his story’s charging thrust is Beth Varni‘s sublime art and colours. She crafts a lived-in look to this world, even when the brief narrative doesn’t entirely allow for us to explore The Worth & The Cost from a world-building aspect. Her knack for engaging character expressions and nimble sense of detail in drawing landscapes and buildings brings Luzar’s story to life with a pleasing ease. Varni’s colours are equally joyous to pour over, as she makes use of a diverse palette to conjure up otherworldly atmospheres that’s just seperate enough to evoke an alien landscape, yet remain recognisable. Working in tandem is Toben Racicot‘s equally lithe lettering, creating a strong conversational style that ensures the dialogue never limps. 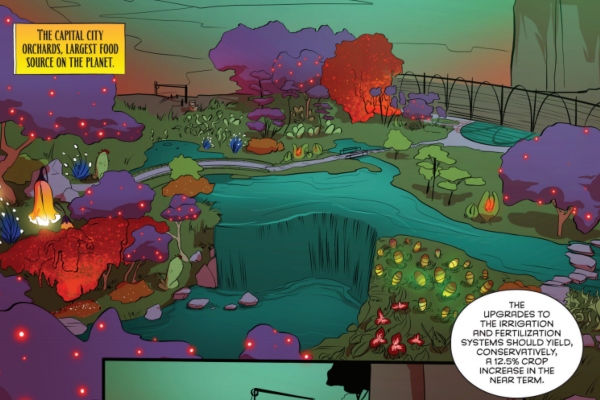 Luraz’s story is at its most engaging when he puts his characters into moral quandries, forced to choose which is the best option for a better life, free from totalitarian rule. At such a quick pace, it’s in these moments that he allows The Worth & The Cost to breathe a little, and reinforces the idea that The Worth & The Cost carries its emotions, characters and politics with an overly fast stride. However, The Worth & The Cost‘s positives outweigh its minuses and is a welcome debut from the newly found micropublisher Resistance Comics.

A fun, engaging, if not entirely original tale of uprising, The Worth & The Cost comes with bags of enthusiasm and handsome artwork. It telegraphs its ideas with a speedy yet succint aplomb, boulstered by its spellbinding art and playful lettering. The Worth & The Cost ultimately stands as a solid beginning for Luzar as a writer (this being his debut comic), and we’re keen to see where his talents will take him and his creative team next.

You can discover more about The Worth & The Cost via its Kickstarter campaign. Have you already backed the comic? Let us know in the comments section below or send us a Tweet!