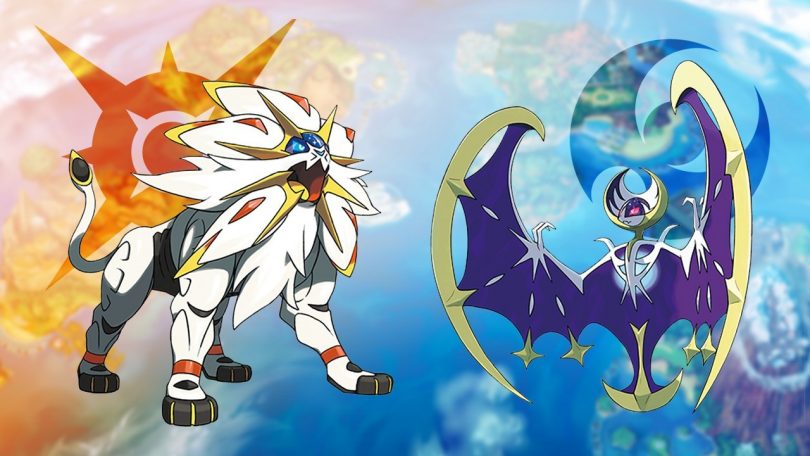 We made it to the seventh installment of the Origins of Pokémon. The seventh generation of Pokémon introduced us to the Hawaiian-inspired Alola region. Once again, the newcomers were small in number, but took inspiration from Hawaiian culture. Another new addition was the inclusion of different regional breeds of past Pokémon, such as an albino Vulpix or a palm tree-necked Exeggutor, though they will not be covered. 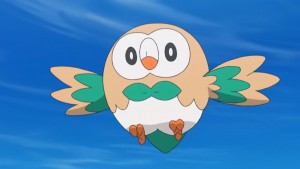 Rowlet is the adorable Grass-type starter for Pokémon Sun & Moon, evolving into Dartrix, and then Decidueye. Rowlet is based on a Pueo, a Hawaiian breed of short-eared owls. But, the Pueo is known to be forms of the Aumakua, Hawaiian spirits who are either family guardians or deified ancestors. There are many animals that represent the Aumakua, though the Pueo is the most recognised. Aumakua can bring good omens if seen outside a family’s house, the animal guise alternating between each family. This applies mostly to Rowlet and Dartrix, whilst Decidueye is based on Robin Hood, who brought good fortune in his own way. 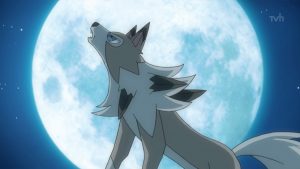 It was about time GameFreak made a werewolf Pokémon. Okay, it only applies to one of Lycanroc’s forms, but it counts. Lycanroc evolves from Rockruff, which is based on a spitz or a Japanese wolf. Upon evolving, Lycanroc has three forms, Midday, Dusk, and Midnight Forms. Its Dusk form gives it a crazed, hunched over appearance, i.e. a werewolf. Lycanroc’s dual appearances may be based on the Okuri-inu, a Japanese yokai that appears as a mountain wolf, and can be either friendly or fierce to those who encounter it. 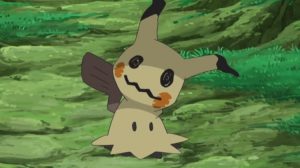 Certainly one of the most original of Ghost-types, Mimikyu resembles a kid’s drawing of a Pikachu come to life, but that’s the idea. Mimikyu envies other Pokémon, using a crude disguise to try to look like prettier pocket monsters. If discovered, Mimikyu’s costume sags and it’ll run away. No one has ever seen its true face, though judging by how Meowth reacted, it is like Mimikyu is something to behold. Mimikyu is based on the Bugul Noz, a fairy spirit of Breton myths, whose horrifying appearance causes it to be perpetually alone. Poor thing! 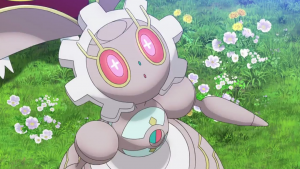 The mechanical wonder Magearna was the first seventh generation Pokémon to be revealed, debuting in the anime’s nineteenth film. Magearna is primarily based on a karakuri puppet, a traditional Japanese mechanized puppet/automata. These toys appeared first in the 17th century, providing entertainment. Magearna can turn into what resembles a large, clockwork Pokéball, hinting she may be a progenitor for the device. Above all, Magearna resembles a mechanical nursemaid, sporting a dress, apron, and headdress-like features. 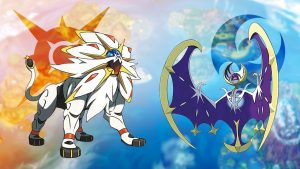 Solgaleo and Lunala are the key legendaries of Sun & Moon, associated with what else but the sun and the moon. They are also the first major legendaries to evolve through a three-part line. Both evolve from Cosmog and then Cosmoem, evolving exclusively within their respective games using Rare Candy. Solgaleo is based on the common sun lion of western and Middle Eastern cultures. Most notably, Solgaleo is likely based on the alchemic lion that devours the Sun. Being the emissary of the Sun, this may relate Solgaleo to the Eye of Ra, an Egyptian goddess that protects the Sun. Lunala resembles the Aztec night goddess, Itzpapalotl, a skeletal star demon, often depicted with bat wings. She may also be based on Camazotz, a Mayan bat god associated with the night, or the Pe’a-pe’a-makawalu, a Hawaiian eight-eyed bat that Maui fought, ripping its eyes out. 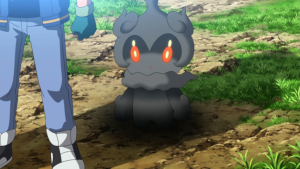 And finally, we have Marshadow, the Gloomdweller Pokémon, who sticks to the shadows. Never appearing before humans, Marshadow was thought to be a mere myth. It watches other Pokémon in the shadows, mimicking their attacks, to the point it can outmatch them. Marshadow may be based on shadowboxing, a method used in sports to train. But, there is a fascinating Hawaiian myth which Marshadow takes inspiration from. The Nightmarchers are the ghosts of deadly Hawaiian warriors, who wander and march in the dark, and mortals are warned to hide and avoid them. Marshadow may look cute, but he comes off as an eerie character, who can copy and overpower other Pokémon. His small dwarf-like appearance may be a nod to Menehune, magical dwarfs who live in the forests and valleys of Hawaii.

Which Pokémon of the seventh generation is amongst your favourites? Have you played Pokémon Sword & Shield yet? Leave a comment below, or on our Twitter and/or Facebook feeds. Don’t forget to also check out our past Origins of Pokemon articles!